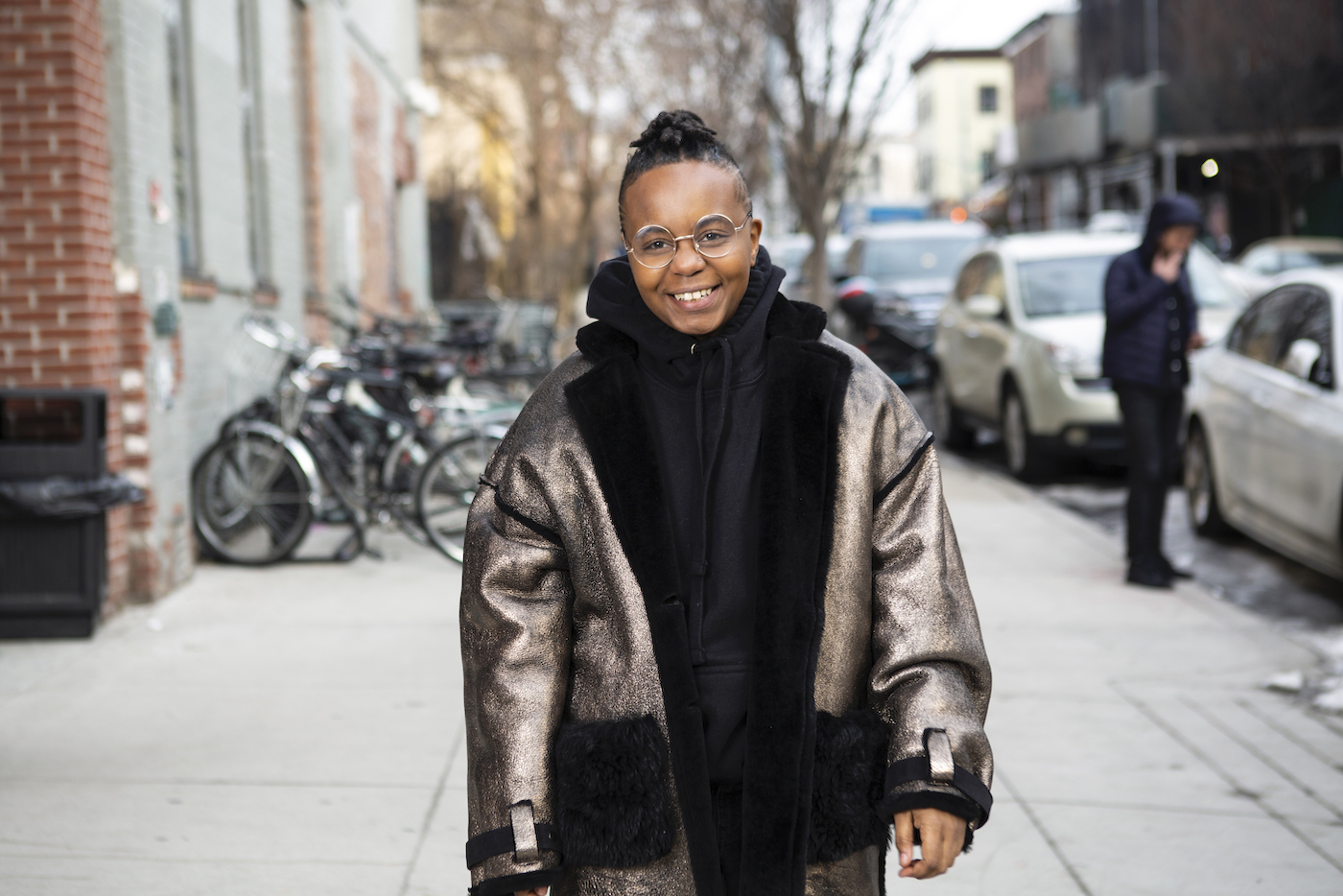 Whenever I stumble upon a word I don’t know how to use, I hit up the dictionary search bar. As a health and sex writer, I’m mostly looking up multisyllabic mumbo-jumbo like endocannabinoid, perineum, and astragalus. But according to a recent announcement from Merriam Webster, a seemingly simple four-letter word is the word of the year: They.

In September, Merriam-Webster added the use of gender-neutral singular ‘they’ to the dictionary. And today, after tallying 2019 search results which showed a 313 percent increase in searches from 2018, Merriam-Webster named “they” the 2019 word of the year.

Likely, this is due in part to the fact that celebrities like Amanda Stenberg, Jacob Tobia, and Sam Smith announced that they use they/them pronouns. “Our lookups are often driven by events in the news,” writes Merriam-Webster in a press release. But whatever the reason, gender, identity, and LGBTQ+ activists celebrate the addition.

“Merriam Webster is widely recognized as the authority figure on the english language, so to have them recognize ‘they/them’ as widely used singular pronoun that’s grammatically sound is important,” says pleasure-based sex educator and sex-positivity advocate Lateef Taylor. “These are the kind of steps can better peoples lives. As someone who uses they/them pronouns, I personally find the addition to be really affirming and useful.”

Sexologist Jamie LeClaire who specializes in sexuality, gender, and identity and also uses they/them pronouns offers a similar sentiment: “The acceptance and recognition of ‘they’ as a singular by a governing body like Merriam Webster helps to normalize the use of ‘they’ in this way.”

While the addition of “they” to the dictionary is certainly a move in the right direction, the official entry isn’t perfect. In fact, it’s misleading. It reads that they is “used to refer to a person who’s gender identity is non-binary.”

While some people who use they/them pronouns also identify as/are gender non-binary (like Sam Smith, for example), that’s not always the case. “‘They/them’ pronouns aren’t reserved only for certain identities,” says LeClaire That means that people who use they/them pronouns can be women, men, trans, gender-fluid, nonbinary, agender, genderqueer, or any combination of these and other gender identity markers.

Not all non-binary people use they/them pronouns—some use he/him, she/her, xe/xyr, or ze/hir, to name a few. Jonathan Van Ness, for example, who came out as gender non-binary in July uses he/him pronouns.

LeClaire also calls out that by publishing the above definition of “they,” Merriam Webster lost out on the opportunity to define it in a way that would reminds people they/them pronouns should be used anytime their pronouns are not  known. “You can’t know somebody’s pronouns by looking at them,” they say. “You can’t know unless you ask them, or they’ve shared that information somewhere, like their Twitter bio or website.” A definition like, “used to refer to a single person whose pronouns you don’t know” for example, would have achieved that.

=It’s worth mentioning that Merriam-Webster does offer another definition of ‘they’, which reads “used to refer to a single person whose gender is intentionally not revealed.” But this is not sufficient for our increasingly gender-conscious and gender-fluid world. As LeClaire explains, the use of the phrase “intentionally not revealed” in this definition is problematic because it suggests malice. It contributes to the false narrative that people use they/them pronouns are trying people in the LGBTQ+ community, and people whose gender identity is not “obvious” are often accused of trying to trick folks, they say, “which has been used as reasoning for countless hate crimes.”

Indeed, there is power in identity words and pronoun uses to added to the dictionary. But what happens between the pages isn’t nearly as important as what happens IRL. And what needs to happen in real life is the following:

That third tip applies no matter what your pronouns are, says LeClaire. “Everyone who has pronouns should be normalizing the sharing, signposting, and asking for pronouns.”

A career expert and gender-diversity advocate share why you should add your pronouns to your work email signature.