Make room, locally grown—regenerative agriculture is where it’s at for in-the-know foodies in 2020 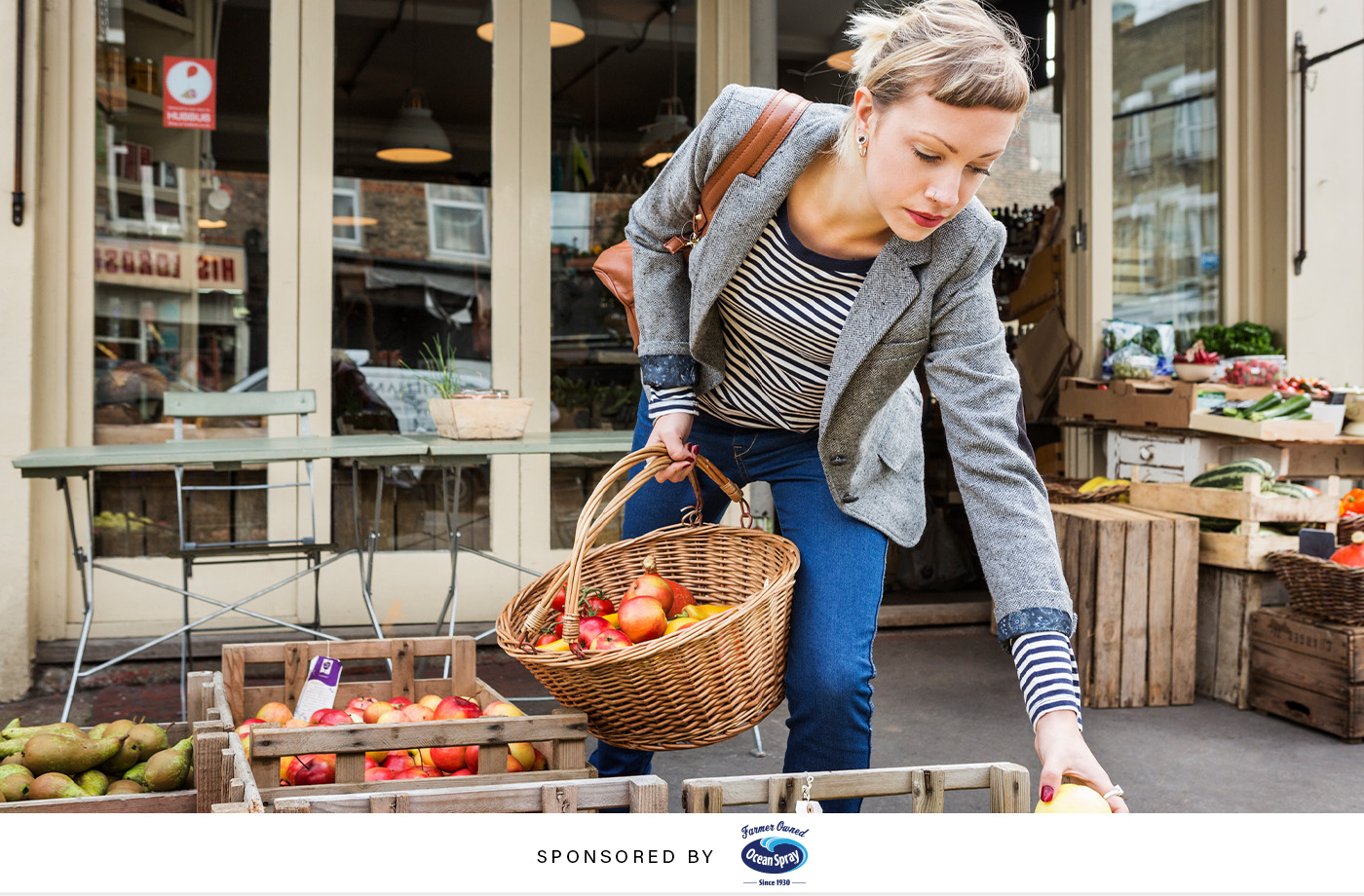 First, there was the “natural” movement that turned people’s attention to the ingredient labels on their food. Then, there was the push for “locally grown” products and the desire to get to know your farmers. But now that we know the what, who, and where of what’s going on our plates, what about the “how”?

Considering how your food affects not just your body, but also the planet is a growing trend in the food space that’s bringing the term “regenerative agriculture” to the table from dining rooms to boardrooms.

The complicated-sounding phrase really just refers to agricultural practices that help rather than hurt the environment, according to Ryland Engelhart, co-founder of Kiss the Ground, a nonprofit dedicated to inspiring participation in regenerative agriculture.

“Most agriculture today has a degenerative effect on the land that destroys life in the soil, resulting in desertification,” Engelhart explains (yep, that’s literally when fertile land becomes desert). “Regenerative agriculture is a system that works with nature’s principles to rebuild soil, increase water holding capacity, improve fertility, and expand biodiversity.”

Need an example to help visualize? On Ocean Spray’s farms across North America and Chile, for every one acre of cranberries grown over 5.5 acres of wildlife habitat are supported. “This means our farming principles and practices have positive impact on the biodiversity, soil, water streams, wetlands, and communities,” says Audrey Perkins, MS, MPH, global corporate communications manager at Ocean Spray.

TL;DR: Regenerative agriculture takes sustainability to a whole new level. Here’s the deal on why it’s trending—and why you should definitely care.

Keep reading for a breakdown on regenerative agriculture gaining traction as a food trend. 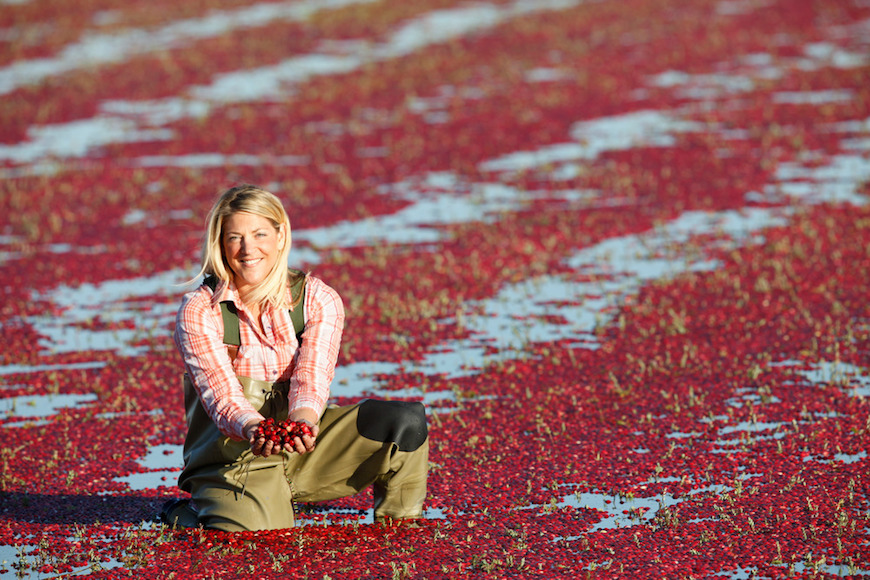 Giving the people what they want

First thing’s first: Why is this science-y sounding farming practice gaining popularity among average foodies? In short, because people care, and they’re showing it through their spending habits.

Nielsen’s 2015 Sustainability Imperative report noted 66 percent of consumers globally were willing to pay more for sustainable brands, and that the sale of products with claims on sustainable farming, social responsibility, and carbon footprints are growing more than products without these claims.

“Consumers are putting money where their mouths are,” Perkins says. “They are showing us that they care about our planet through their purchasing power. People are paying attention, demanding transparency, and calling for a more sustainable food system.”

And this enthusiasm is being backed up with hard stats. Twelve major climate change reports were published in the back half of 2019 alone, stressing the urgency required to effectively fight global warming.

Perhaps none is as frequently referenced as the 2018 United Nations IPCC report, which concluded that agriculture, transportation, and energy systems would need to dramatically change by 2030 in order to prevent surpassing a 1.5°C increase in global temperature by 2050.

Why all the hullaballoo over such a seemingly small bump in temp? Because the IPCC report also states that surpassing it could actually have a dramatic impact (think: more floods, droughts, and heat waves).

One of the report’s action items for stemming this is reducing carbon emissions, which is where regenerative agriculture comes into play. By swapping traditional farming practices for regenerative ones—i.e. planting cover crops between harvests (which helps trap carbon) or leaving soil undisturbed rather than tilling it (because tilling can release carbon into the air)—agriculture’s contributions to global carbon levels could be reduced.

Major brands are getting on board

In response to the growing consumer demand and the expert-backed research, food brands are answering loud and clear by investing in regenerative agriculture initiatives.

But some organizations have had their finger on the pulse of regenerative agriculture since before there was a term for it. For example, 89-year-old Ocean Spray and its network of family farmers have practiced eco-friendly farming since the company was founded in 1930 by (literally) pooling their resources.

“Cranberries naturally grow in marshes and bogs, and water is the single most important natural resource,” Perkins says. “Ocean Spray farmers take extra care when it comes to conserving water on their cranberry beds, farms, and surrounding wetlands by coordinating with their neighbors—literally passing water from farm to farm—to reuse water drawn from natural water systems before returning it to the wetlands.”

Meanwhile, Stonyfield Organic is putting $10 million toward launching “smart farms” that will use predictive data to lower carbon emissions. Minimizing carbon emissions is a piece of the eco-friendly agriculture picture that Ocean Spray has its eye on as well. “We’re dedicated to regenerative agriculture, giving back more than we take, and aiming for carbon neutrality,” says Perkins.

And if you need any more proof that this is a trend, Danone North America (known for its dairy brands Dannon and Horizon Organic) dedicated $6 million in 2018 to soil-health research, while General Mills made a $650,000 grant to support Kiss the Ground’s initiatives to run regenerative training programs in farming communities. Even mac-and-cheese is getting in on it: Annie’s launched a limited edition of its pasta and bunny cookies with regeneratively farmed wheat and oats last year.

What’s next for the movement?

As for the effect regenerative agriculture can have on the planet, Engelhart is optimistic that the possibilities are far-reaching and—even better—actually achievable.

“Regenerative agriculture provides a horizon of hope unlike anything I’ve ever seen before,” he says. “These practices give us a pathway for us to heal our degraded land, bring prosperity back to impoverished people, [and] bring health back to malnourished populations.”

If that wasn’t hopeful enough, Perkins adds, “Our commitment to sustainable farming isn’t about a product label. It’s about the positive difference every single cranberry has on the world, from the people who grow them, to the plants and wildlife supported by farmers, to the families who eat our cranberries.”

And with trailblazing brands leading the way, you can expect to see more sustainably produced products lining the shelves. “We recognize the need to lead by example for both other companies and for future generations,” says Perkins. “At Ocean Spray, impact is not a part of our business, impact is our business.”