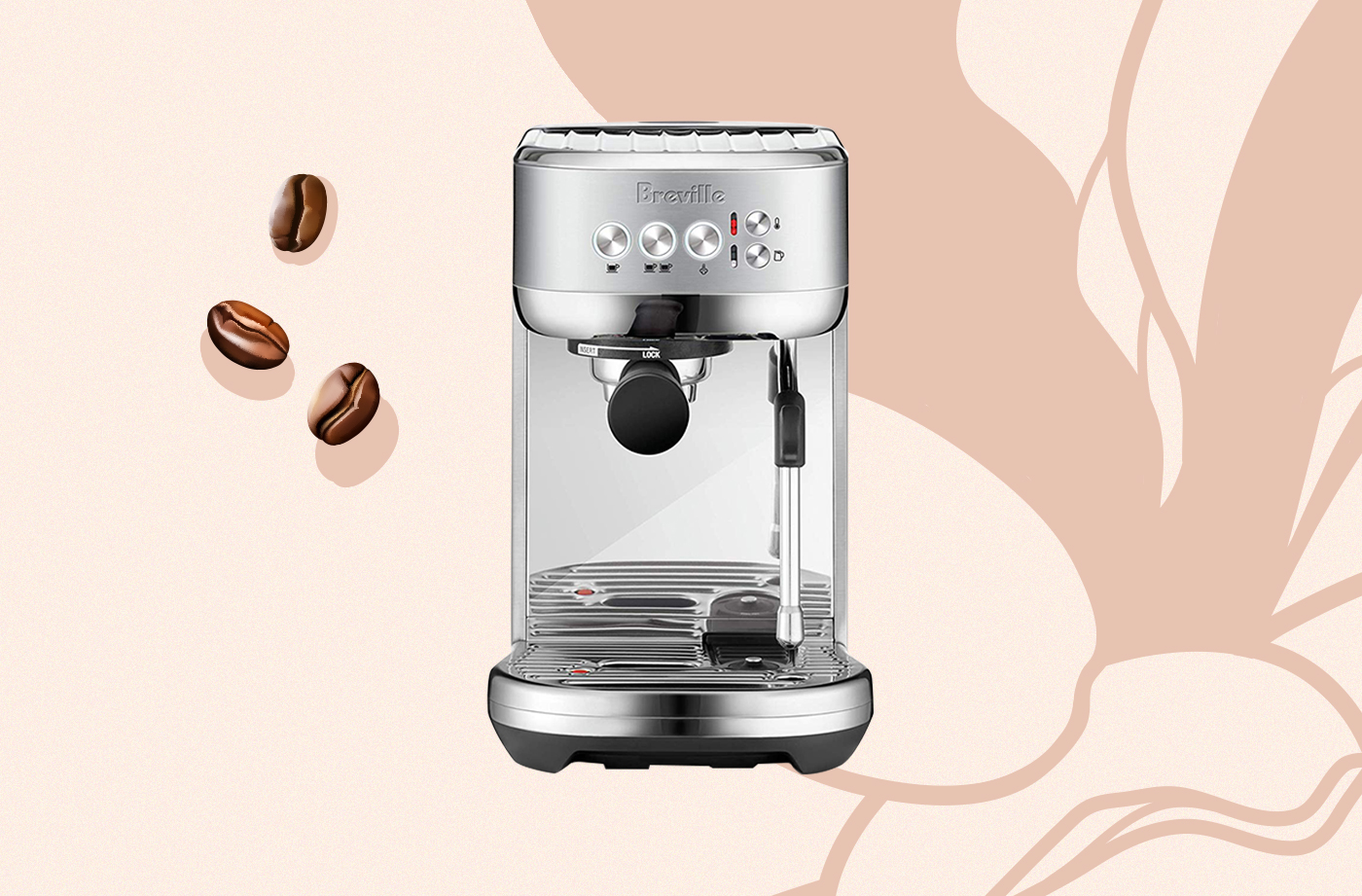 At heart, I’m a deeply practical person. (Hello, Virgo!) As in, the kind of person who only invests in nice shoes if I’m certain I can wear them with multiple outfits and who likes to think through tons of possible outcomes before actually making a decision. Certainly not a person who would purchase an extremely expensive espresso maker and milk steamer.

But the me of three months ago could have never fathomed how much better my life is (really!) with said espresso machine, the Breville Bambino Plus ($400), in it.

My coffee woes started at the end of the summer, during the transition from cold brew season back into hot coffee season. (This can’t just be a food editor thing, right?) I took out my trusty coffee machine that I’d had since I first moved to New York from its resting place in the pantry. But when I plugged it in, nothing happened. It was officially kaput.

I need coffee, but I didn’t feel like investing in a new machine less than a year before getting married, when I could just put a new, nicer coffee maker on my registry and have someone else get it for me. (See? Practical. Or…cheap. Your choice.)

Instead, I started buying my daily coffee. That is far from practical given that I live in New York, a city where nothing comes cheap. Just a drip coffee with milk can cost $3; a latte is more like $5 or $6 per cup. And I was buying one every day, which translates to $168 a month. If I kept this up all year round, that’s $2,016. Factor in my fiancé’s coffee drinking habits (since he too is affected by said faulty machine), and you have us potentially shelling out $4,032 every year on coffee.

After a month of this, my fiancé suggested getting an espresso maker. After all, we both love our coffee, and it would be a major upgrade from our existing situation. And unlike the $20 coffee maker I had loved for so long, making an investment in a nicer machine ensures it would last longer than a few years—meaning it would likely start to pay for itself in savings, too.

We ultimately settled on the Breville Bambino Plus ($400), because it does the key things we wanted it to do: make a single or double shot of espresso, and also steam and froth milk. That way he can have Americanos and I can have lattes. Plus, it’s a compact machine that fits on our tiny Ikea kitchen cart while still leaving room for the blender and the coffee grinder.

There is definitely a learning curve with this machine. You have to grind espresso beans in a separate grinder, press the grounds into the portafilter, then attach it to the machine and make the espresso. If you want to have a latte, you then pour milk into a separate metal jug, steam it, and pour it into your espresso.

That is admittedly a lot of steps in the morning, especially when you’re first getting used to it. But the Breville is very user-friendly thanks to a streamlined system with only five buttons: one for a single shot, one for a double shot, one to steam the milk, and then a button each to adjust milk foam and temperature. The machine is also super efficient at bringing things up to temperature, which makes the entire above-mentioned process take only about five minutes.

And my god, are the results worth it. The stuff I drink at home every day tastes as good as what I was buying from the fancy coffee shops in my Brooklyn neighborhood—and far superior to the stuff I had been making in my old coffee maker. It’s never burnt, always smooth, and it definitely packs a caffeine punch.

Yes, we had to cough up $400 up front. But it is so worth it—literally. We buy a $15 bag of nice espresso beans from our favorite coffee shop every three weeks. We buy a new carton of Oatly ($5 in my neighborhood) for lattes about every five days. If we both are drinking coffees five days a week during those three weeks (which, we are), that makes each drink cost between $0.50 and $1.10, depending on if its an espresso or a latte. There’s truly no better deal in town than that.

Speaking of coffee, is drinking it before a workout a good idea…or a terrible one? And here’s the time of day you should stop drinking coffee for optimal sleep.