5 ways to participate in effective activism, according to two experts 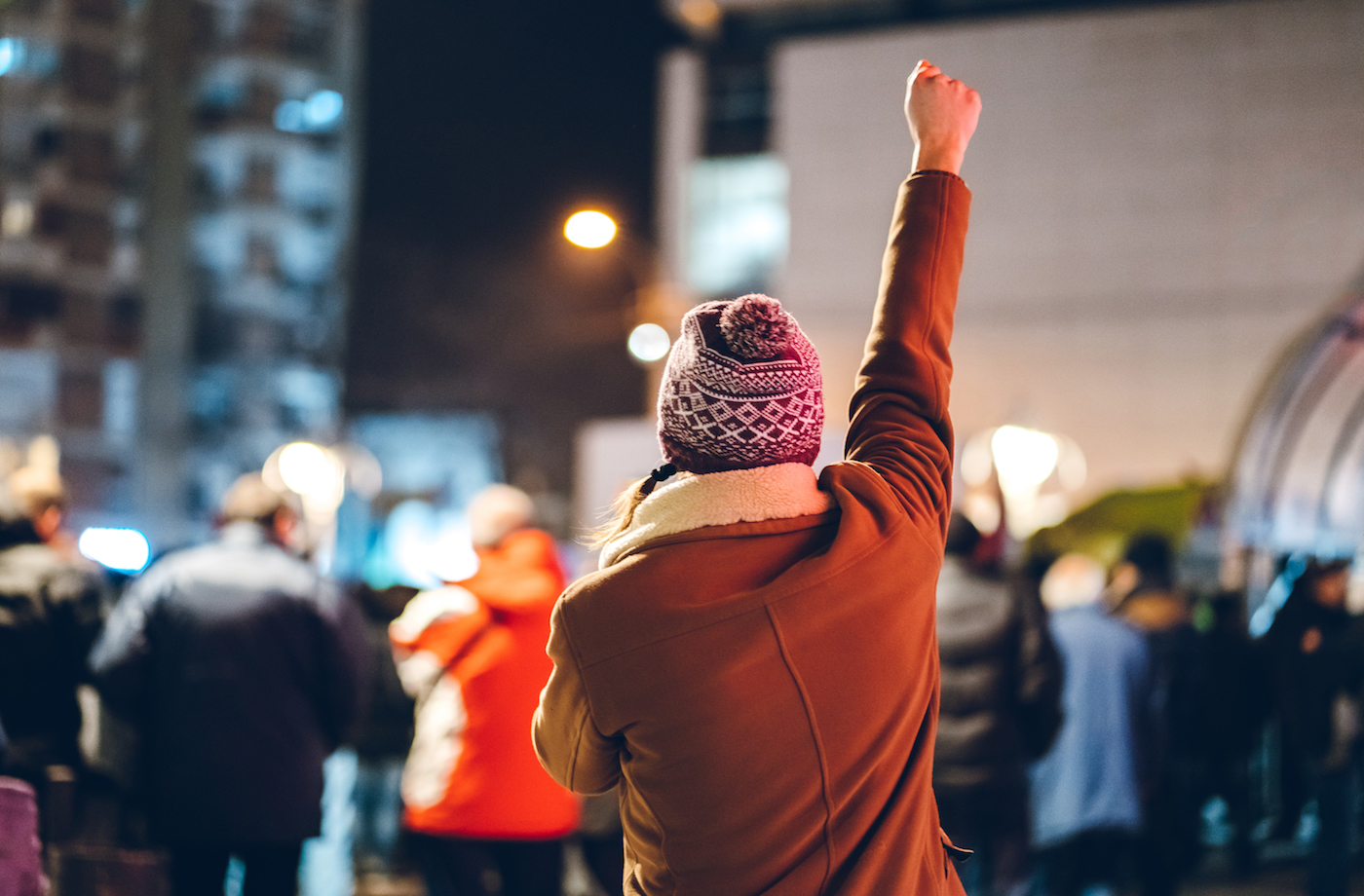 As we begin living in 2020, it’s hard not to feel frustrated, confused, and concerned about the state of the world. Less than 48 hours into the new year, the Department of Defense issued a statement announcing a U.S. airstrike in Baghdad killed Iranian Major General Qasem Soleimani. Iran responded on Wednesday by firing ballistic missiles at two Iraqi air bases housing U.S. forces.

In the same week, the devastating effects of climate change have been thrown into stark relief: Australia’s wildfires have burned through 15.6 million acres of land since September, destroying nearly 2,000 homes and claiming the lives of at least 25 people and 1 billion animals. Thousands of miles away, a 6.4-magnitude earthquake hit Puerto Rico—a Caribbean island heavily affected by climate change over the last 20 years—in what some residents are saying exceeds the devastation that Hurricane Maria wrought two years ago.

And the tragedy doesn’t stop there. From an uptick in anti-Semitic attacks in New York City to mass shootings across the country, the unsettling news cycle has led some to release fear in search of effective forms of activism.

Activist Deja Foxx advises people to leverage the tools they have at the moment, starting with their smartphones. Foxx, who is the founder of GenZ Girl Gang and served as Influencer and Surrogate Strategist for Kamala Harris’s presidential campaign, believes social media can be used to effect significant change.

“I see a lot of people saying it’s just ‘clicktivism’ and talking about how social justice on social media isn’t real activism,” Foxx says. “What I say to that is that social media and the internet is a space where young people—and people, period—are spending an increased amount of time. Social media has been democratizing in so many ways. It has given voice to people who have been traditionally excluded from narratives.”

In 2018, nearly half of all Americans had engaged in some form of political or social-minded activity on social media, according to the Pew Research Center. Activities ranged from using hashtags related to a certain cause (for example, #MeToo or #BlackLivesMatter) and updating one’s profile picture to show support to finding information about rallies or protests in their area and encouraging others to take action on an issue.

For Foxx, her social media strategy was simple: Cultivate a personal narrative based on the issues directly impacting her life. By doing so, she was able to involve those in her network—friends and elected officials alike—to get involved.

“That looked like cultivating my narrative around sex education, when I was 15,” says Foxx, who confronted former Arizona Senator Jeff Flake at a town hall in a viral video in 2017. “That narrative wasn’t just about the sex education I was receiving in school, but about the way that that intersected with my housing insecurity. I really believe in the power of storytelling as a change agent.”

Hashtags (and social media) is just one way to start a dialogue and make a difference—emphasis here on start. If you’re looking to ignite change in your own life and the world at large, Foxx and international development and conflict resolution specialist France François have shared a few tips to effectively bring about change.

1. Educate yourself on the issues at hand

A wide range of information can be found online, but identifying credible sources is key to staying up-to-date on events and formulating next steps. François says an understanding of the history behind current events is essential to making informed, socially-conscious decisions. (France François is also the founder and CEO of In Cultured Company, which works to train community leaders in conflict resolution and social justice.)

“One cannot downplay the importance of educating yourself on the issues you care about from various points of view, as well as the historical progression that got us here,” says François. “Nothing happens in a vacuum, yet a lot of our conversations are removed from historical context of even what happened last week, and the voices of those long impacted.” Hasty decisions can be detrimental to already vulnerable communities, she adds.

Hasty decisions can be detrimental to already vulnerable communities.

The urgency of situations may drive you to want to travel to the impacted areas, bringing materials and items you’ve classified as helpful. While your intent is good, it can actually backfire. “After many disasters, people want to rush in and help before even fully understanding what the needs are,” shares François, who worked in her home country of Haiti after the 2010 hurricane. “This can delay recovery efforts, cost lives, and prevent life-saving relief from getting in because ports are clogged with things and people no one asked for.”

Instead, she advises people to consider supporting local organizations that are better equipped to handle emergencies and can reach the communities directly. Organizations will communicate and share their immediate needs via social media, their website, their newsletter, or whatever platform they typically use—and you can use that ask to power what you do next.

We all have different strengths and skill sets that can be leveraged to bring about change. Based on your natural abilities or technical skills, identify what can be a value add for a nonprofit organization or grassroots movement and put that to action. Serving as an interpreter or providing legal counsel pro bono can be super impactful, but not everyone can speak multiple languages or has a legal degree. What unique skills, influence, or means (yep, monetary donations count) can you bring to the table?

“Not everyone is going to be occupying the same position. If we all were, then nothing would get done,” says Foxx.

Mass shootings, gentrification and displacement, and xenophobia, to name a few, are all issues that manifest on local, national, and international levels. So, reaching out to elected officials and government agencies is a step in chipping away at societal concerns. Foxx suggests picking up the phone, sending an email, or even showing up to their office or public meetings. USA.gov maps out how to contact your federal, state, and local elected leaders.

“They say you can give one of three things: time, talent, or treasure,” Foxx says. “I think those are particularly relevant in terms of your elected officials.”

While it’s important to support organizations on the ground and those backing specific causes, there may be opportunities to create your own channel of support. If you identify a way to support that doesn’t already exist, go for it. Grab a friend or two and host a supplies drive (in partnership with an existing organization), host a fundraiser, start a protest, or even create your own organization. If it’s not being done, maybe you’re the one to do it—don’t wait for someone else to take the lead.

The Australian bushfires are still raging. Here’s how you can help. Plus, why the next generation of climate activists won’t be underestimated.