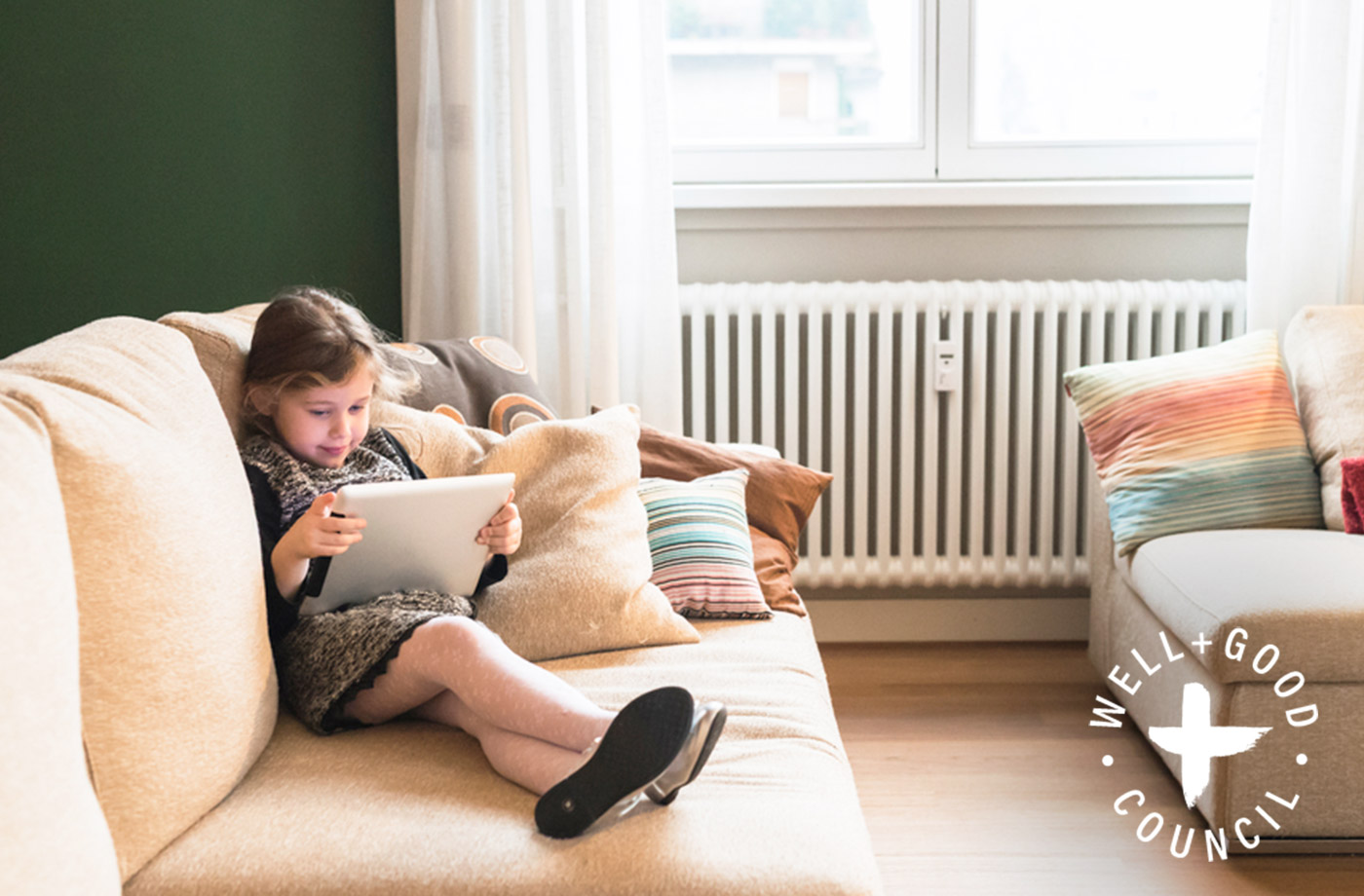 In the digital age, distancing ourselves from phones and gadgets can be a challenge—especially for kids. But for Taryn Toomey, founder of The Class by Taryn Toomey, her daughter’s choice to leave her iPad alone wound up boosting her self-awareness. Here, the Well+Good Council member talks about the lessons her family learned while taking an analog-only trip.

Screen time for children starts small, often with an educational show like Sesame Street. And yes, when my children were toddlers and I was rushing to make breakfast, sometimes I was very grateful for the presence of Elmo. But over the years, a build starts to happen—a few more shows here, a YouTube video there—until eventually kids get their hands on an iPad.

That’s what happened in our family, anyway. About four years ago, both of my kids had iPads. Each morning, they’d rush to pick up their devices, and they’d quietly sit glued to their videos and games. I set boundaries around iPads—they were never allowed at the table, for instance—but still, I felt a growing unease with how my children were interacting with technology. My kids were constantly yearning for the iPad. I witnessed them transform into little zombies while watching it. And I worried about the effects this was having on our family.

I felt a growing unease with how my children were interacting with technology.

This was on my mind a few years ago, when my oldest daughter and I were preparing to travel to the Dominican Republic for a The Class retreat. In the past, I’d noticed her spending a lot of time on her iPad, in the hotel room, instead of experiencing the different place and culture. So two weeks before we left, I said, “I really want you to be with the community and explore the land we’re visiting.”

I wasn’t sure if she’d argue with me, but the night before we flew, my daughter said, “Mama, I’m okay with this. Let’s leave the iPad behind.” I was truly pleased, but internally, I wondered if maybe I had become reliant on the iPad, too. How we would cope with a four-and-a-half-hour flight followed by a two-and-a-half-hour car ride? Maybe we should bring the iPad after all, I thought. Just for the plane.

When I suggested bringing the iPad “just in case,” my daughter said something I never could have predicted: “Mama, I don’t want to bring it on the plane because I’ll know it’s there the whole time, and I’ll be thinking about it.” (From the mouths of babes!) I found her observation to be quite wise, and I hoped for the best as we left the device behind. Surprise—with a few toys and books at hand, our gadget-free flight went just fine.

My sweet, sensitive daughter was wounded, and we returned to our room with tears in her eyes.

Shortly after settling in for the retreat, we met another child. My daughter joined her, and as they looked up to wish upon stars, the other child told my daughter, “I wish you weren’t here.” My sweet, sensitive daughter was wounded, and we returned to our room with tears in her eyes. We talked about her hurt feelings, I gave her plenty of hugs, and I reassured her that sometimes kids say unkind things, but it doesn’t mean they’re bad people.

The next morning, this same child pushed Lettie—Lettie, who could not yet swim!—into the pool. We pulled her out immediately, and fortunately, she was physically safe. Emotionally, though, she was so worked up that it took her a solid three hours to stabilize and breathe normally. That night, I lay down next to her in bed and asked how she was feeling. She said, “Mama, I was thinking about why I couldn’t recover from being pushed into the pool. It’s because I didn’t have my iPad. Normally, I’d just go to my iPad, but this time, I didn’t have anything to distract me, so I just had to feel it all.”

I just had to feel it all. The words stunned me. She then asked, “How long is this feeling going to last—constantly thinking about the iPad?” I explained that she was in withdrawal, which involves the feeling of being hooked into a habit of using something. When the feeling is leaving your body, it creates a yearning for the thing in question. “You will feel it less and less each day,” I told her. “And you can use other things—talking, reading, playing—to help you with your feelings.”

So every night over the next week, we checked in with each other to see how she was coping. And each time, Lettie told me that she was thinking about her iPad less—and recovering from her hurt feelings more. Her eyes would light up as she remembered a happy moment at lunch, or she’d laugh while telling me about something silly that had happened. On her own, without the iPad to distract her, she became present and in tune with her experiences.

If we give children tools to talk about their feelings, they can—and will—develop skills to help them cope.

On the last day of the retreat, she said to me, “Mama, I don’t ever want to see that iPad again.” She meant it, too. Since that trip, Lettie has exchanged her iPad for books—she reads from the minute she wakes up to the time she goes to bed. Actually, both of my daughters have given up their electronics, and it makes my heart feel full to hear them playing together, making up stories, and enjoying the moment.

This story taught me that if we guide our children and give them tools to talk about their feelings, they can—and will—develop skills to help them cope. Lettie chose to leave her iPad behind. She chose to identify and experience her feelings. And she chose to work through them instead of burying them. That’s exactly the process we work on in The Class, and this practice has had a profound impact on my life—and now, on my whole family as well.

Known for transforming New Yorkers and Los Angelenos with her magical, virtually unexplainable workout, The Class by Taryn Toomey, Taryn is on a deep soul journey to become one with her past and open herself to higher purpose and greater fulfillment. The Class by Taryn Toomey is currently in New York, Los Angeles, Vancouver, Greenwich, CT, and the Hamptons—with plans to expand and bring its magic to major cities around the globe.