The world isn’t 2D, and your workout shouldn’t be either 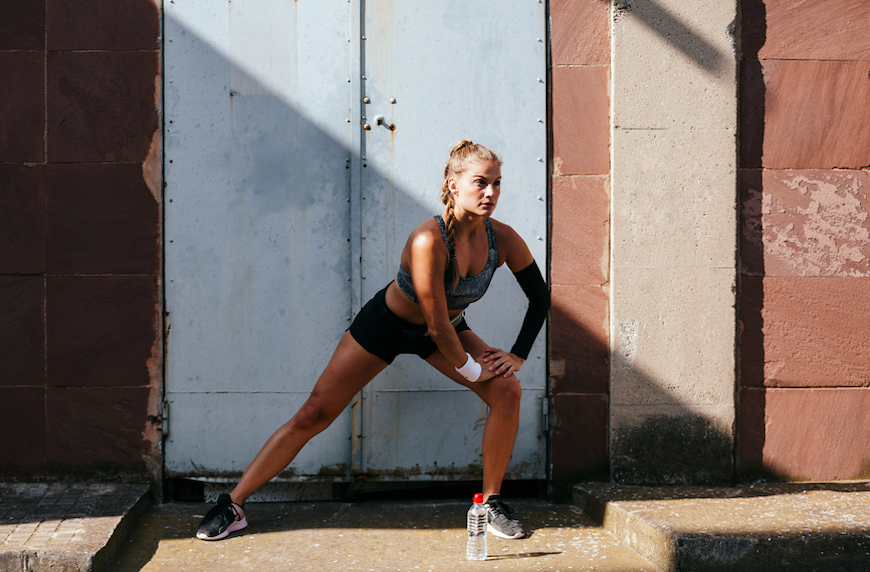 Before I learned about the benefits of multiplanar training, my workouts looked a little something like this: squat, front lunge, run, repeat. It’s no surprise that I’ve been in and out of the physiotherapist’s office for years, and that I’m my massage therapist’s best customer.

According to Juniper Sykes, certified personal trainer and founder of FitForceFX, working out on one plane of motion contradicts the nature of how the body is meant to move. She says that most traditional strength and fitness programs favor movement in a front to back or side to side motion, which promotes one dimensional motor patterns, an inability to move efficiently in any given direction, joint dysfunction, and chronic pain and injury. “By not including all three planes of motion in your workouts, you can unwittingly contribute to muscle imbalances, inadequate muscle firing patterns, and general weakness and movement deficiency in the ignored planes of motion,” she says.

The 3 planes you should hit equally when you work out

The sagittal plane refers to an invisible line that splits the body down the middle from left to right, explains Sykes. “Another way of thinking about this is to imagine a brick wall directly alongside the right of you, and another wall directly alongside the left of you,” she says. Movements that tackle the sagittal plane include the likes of forward and reverse lunges, bicep curls, front raises, squats and deadlifts.

Think of the frontal plane as an invisible line separating the front and back of your body. To use Sykes’ helpful brick wall metaphor, imagine there’s a wall directly in front of you and behind you. This limits your movements to lateral or side to side workouts like lateral raises, side lunges, and jumping jacks.

Why do we need to utilize multiplanar training?

The world isn’t 2D, so our workouts shouldn’t be either. “We live in a three-dimensional world, so our bodies need the ability to effectively move in all three dimensions. This keeps our joints and muscles strong and doing what they are supposed to do, preventing muscle compensation patterns that can impede our progress and lead to chronic pain and injury,” says Sykes. Incorporating all planes in your training thus reduces your risk of injury, improves your day-to-day functioning and promotes agility.

What’s awesome about three-dimensional training is that it extends well beyond the physical, and into the psychological and neurological. “Research has revealed that multi-directional movement improves the body’s connection between the brain and the muscles, enhancing the nervous system over time, improving firing patterns and allowing for greater and more powerful muscle contractions,” says Sykes. Additionally, when you vary the directions in which you move, you avoid autopilot or momentum. The effort it takes to mentally adapt to each new direction strengthens the mind-body connection, and thus increases muscle strength, according to research published in the journal Life Sciences.

Look, we don’t want to scare you, but sticking to motion in one type of plane can lead to a host of injuries. Chief among them are joint issues and atrophying of the oblique and gluteal muscles, which can lead to muscular compensation issues, says Sykes.

If you’re a runner like me, for instance, here’s exactly how moving in one plane can wreak havoc on your body: If you’re only running in the sagittal plane, your body will struggle to move adequately and efficiently in other planes without compensating or putting undue stress on a single muscle group, according to Sykes. Omitting transverse training from your routine, or experiencing weakness, laxness, or stiffness in the transverse plane, can lead to achillestendonitis, iliotibial band syndrome, and patellofemoral pain syndrome.

Here’s the right way to squat:

Adding dimension to your workout doesn’t have to be hard. Here are three upgrades to turn your basic lunges into a full-body burn. And if you want to work all your core muscles (not just abs), here’s how to strengthen them all.