The 7 golden rules of long-term relationship success, from couples of nearly 4 decades 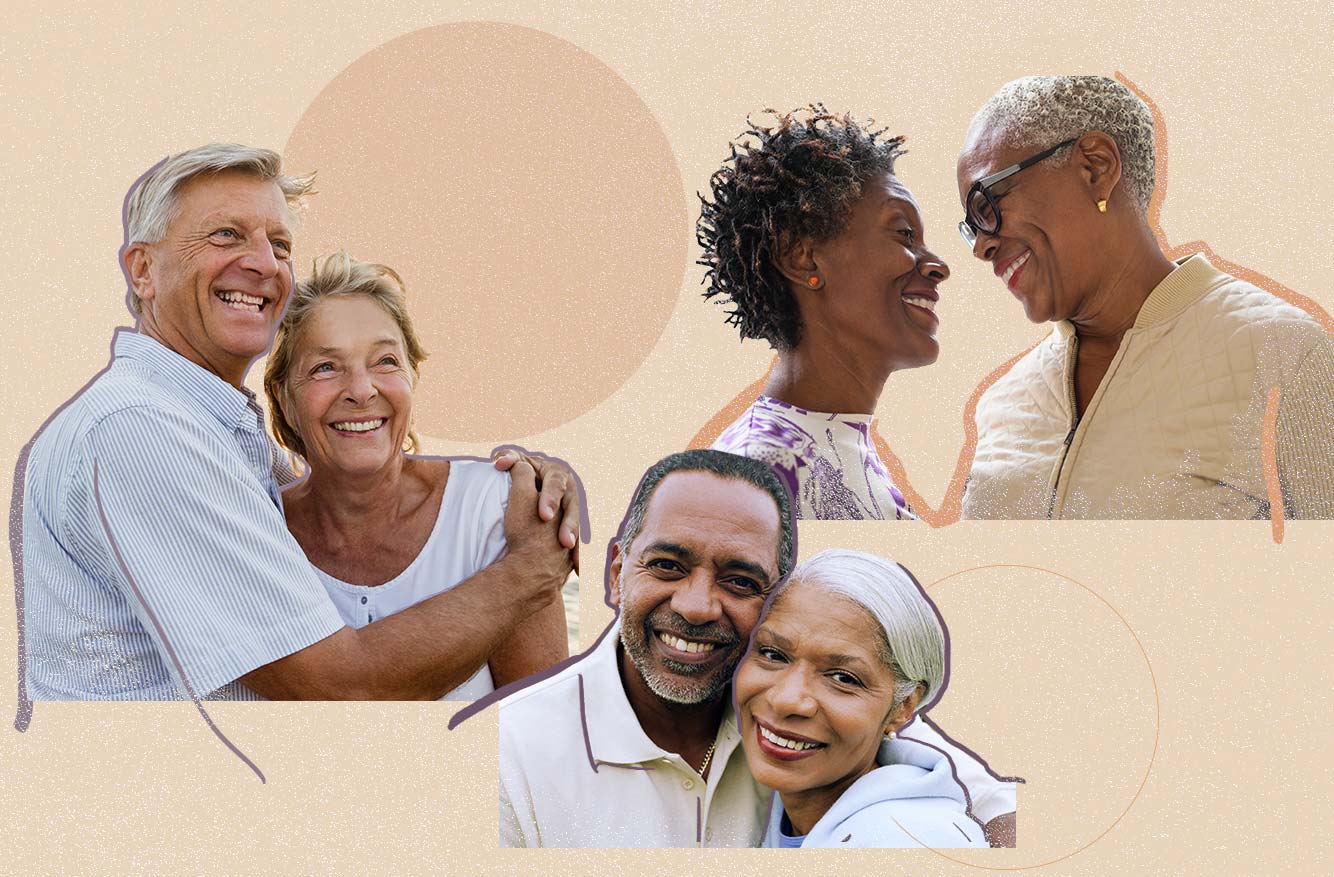 It’s inevitable that as our lives evolve and change over time, the relationships that remain constant fixtures within them will as well. If you’re fortunate enough to find a life partner with whom you grow and learn, you’re bound to encounter speed bumps, road blocks, and detours throughout your years, perhaps even decades together. So, knowing how to maintain a relationship through rough times is key.

These changes may involve shifting away from late nights out with friends being the norm in favor of late nights awake caring for a baby; then from a noisy and full house to a Zen yet quiet empty nest. They might involve navigating financial woes at some points rather than planning luxe getaways. They might be health-related, career-related, or grief-related, or all of the above.

Life will absolutely present challenges, and you can’t know for sure how those challenges will look or necessarily be able to exert much if any control over their outcomes. But, what you can work toward is knowing how to maintain a relationship that can endure the changes. Below, seven couples that have been together for as many as 50 years share their golden rules for staying the course.

1. Take the time to focus on each other

Bracha and Aryeh Goetz have been married for 40 years and have raised six children together, all of whom are now happily married with children of their own. When their kids moved out, and they felt an initial sense of loss and sadness as new empty nesters, Bracha and Aryeh challenged themselves to reimagine the emotional transition as a positive opportunity.

“When the children began to move out, I began to have time to give much more attention to my husband,” says Bracha. “I began to appreciate him greatly.” She says taking the time to focus on Aryeh has made their relationship much more exciting. “Consciously making the effort to not multitask when your partner is communicating with you helps your partner to feel valued and quickly strengthens your bond, even after years of not doing that.”

2. In negative times, hold on to the positives

During their 44 years together, my own parents, Lori and Mike Mandriota, have endured their fair share of changes, including the diagnosis of my father’s disability, my mother return to full-time work, and fights that led them to separate twice. When I asked my mom for advice on how to maintain a relationship in the midst of such chaos, she said to “envision your life without your significant other.” If you were to look back on your life in 40 years knowing that the current issue at hand led to the demise of your relationship, would that feel like a valid cause? “Never make decisions while you’re emotionally upset,” she adds. “Even if it takes a month, wait to cool off, then make your decision with a calm perspective.”

She also says it’s important to be good to ourselves and understand that we’re all fallible, imperfect humans who make mistakes. And, knowing this about your partner can also help you to be more compassionate, even in times of frustration. “I ask myself, ‘If I were on my deathbed at the end of my life, would what just happened still upset me, or would I even be able to remember what went down?’ If the answer is that it wouldn’t upset me, I let it go,” she says. “There’s so much to contend with in life that to hold on to negative, insignificant events is a waste of the precious time you’ve been given. Hold on to the positives instead. You’ll be a lot happier.”

3. Honor your vows and commitments

“I remember someone asked me, ‘do you really think you and Walter will be together forever?’ My answer was ‘well, I certainly hope so,’” says Tiffany James, who’s been married to Walter for 50 years. “Was that a real commitment?” She wasn’t ultimately sure, so when Walter asked Tiffany if she thought they should renew their vows for their 25th anniversary, she used it as an opportunity for mutual growth. “I responded, ‘I think we should renegotiate our marriage.’ We both realized we needed to commit to that ‘til death do us part.’ I was truly committing for life,” she says, adding that “we’ve had our fair share of conflicts, primarily business- and ego-based.”

After renegotiating their marriage, they continued on to build a business together, travel the world, retire, then move to Hawaii together. But after their big move, the “til death do us part” aspect came into play when Walter was diagnosed with Parkinson’s disease. “Because of this illness, we’ve had to establish a new ‘norm,’ which involves less traveling and more awareness of each other’s health,” she says. Honoring that lifelong commitment they made to one another when they first married, then renegotiated their marriage is what keeps their bond strong, through conflict and in health.

Carol Gee, who’s been married to Ronnie for 46 years, says the only caveat to this rule is that only one of them is allowed to have bad day on a given day.

Throughout the past 27 years, Ronnie has had struggled with a number of chronic health issues, which has taken a toll on their relationship, because both patient and caretaker are affected. “With just the two of us, and with no family in the area, every time I’ve waited in the ‘Family’ waiting room, I’ve felt like Alice tumbling down the rabbit hole—scared and alone,” says Carol. Several times, she tried talking to him about her fears, and he made light of her feelings, saying nothing was going to happen to him, so she didn’t have to worry.

Feeling as if her emotional health was being belittled and dismissed in light of his issues, they eventually decided going to therapy would be the best step for them. “Counseling helped him to really ‘hear’ me,” she says. “Sharing our fears has helped. We both realize that as we age, our health issues will probably increase, but the way we deal with these changes will make a big difference in ourselves and as a couple.” Don’t be afraid to disclose your fears to one another, and seek therapy if you feel it will help you communicate more easily how you’re feeling about these changes.

5. Support and respect one another

Losing a business in an ugly patent battle. The loss of a child. Another child who endured severe injuries in the military. These are just some of the many issues that Janet and Steven Hall have faced during their 42 years together. “During troubled times, there was no blame,” says Steven. “We stuck together, and supported each other when it would’ve been easier to be reclusive and shut down. Yet, to do so would have been, in a sense, selfish and uncaring to our partner’s feelings.”

The most important lesson they learned throughout these hardships was to be best friends with shared interests, remain true to themselves and to each other, and to treat each other with respect and dignity. “It was exhausting not to shut down when our daughter died, for instance, but each of us liked and loved the other so much that we couldn’t allow our sorrow to result in another loss for the other.”

6. Never take your relationship for granted

“Our marriage has been tested over and over again, but it’s proven to rock solid over the last 50 years,” Mary Burak says of her five-decade relationship with Jerry. “I almost lost Jerry three times over the last two-and-a-half years from a fluke that turned into a life-threatening disease. He spent most of that time in the hospital, which meant I did, too. It wasn’t easy by any means, but we made it together and with our family.”

Their businesses suffered severely during this time, since they’re both independent contractors, but Mary believes they correctly prioritized Jerry’s health over money. “I’m so happy and relieved to say that Jerry made it and seems to be doing quite well,” she says. “He just turned 80, and I just turned 77. He has that twinkle in his eye again—the twinkle that caught my eye.”

Although things have been rough for the couple, their love continued to grow and develop over time. “We took vows 50 years ago that we never took for granted,” says Mary. “We’re a strong and dedicated couple with respect, trust, and honor, along with a friendship and love for each other that is unparalleled. The more spouses love each other, the faster the years fly by.”

7. Accept your similarities and differences

Terry Eaton and Robert Williams have been a couple for 37 years, in business together for 28 years, and married for 8 years. “While communication is certainly key in weathering change as a couple, we’ve also learned the importance of passionately embracing each other’s similarities and differences,” says Eaton.

Although the two are similar in many ways, they’ve made a conscious effort throughout their relationship to welcome each other’s differences in both their personal and professional lives. “Whether growing our business or supporting each other during times of personal change, we have always tried to accept and celebrate the fact that we are two different individuals with two ways of thinking, and two unique sets of talents, interests, and perspectives,” Eaton adds. “I wouldn’t have it any other way.”

Now that you’re clearer on how to maintain a relationship through life changes, check out the world’s oldest couple’s tips for making their love last. And here’s how to know whether a struggling one is even worth saving