Chickpea pasta at a restaurant near you? Banza CEO Brian Rudolph wants to make it happen 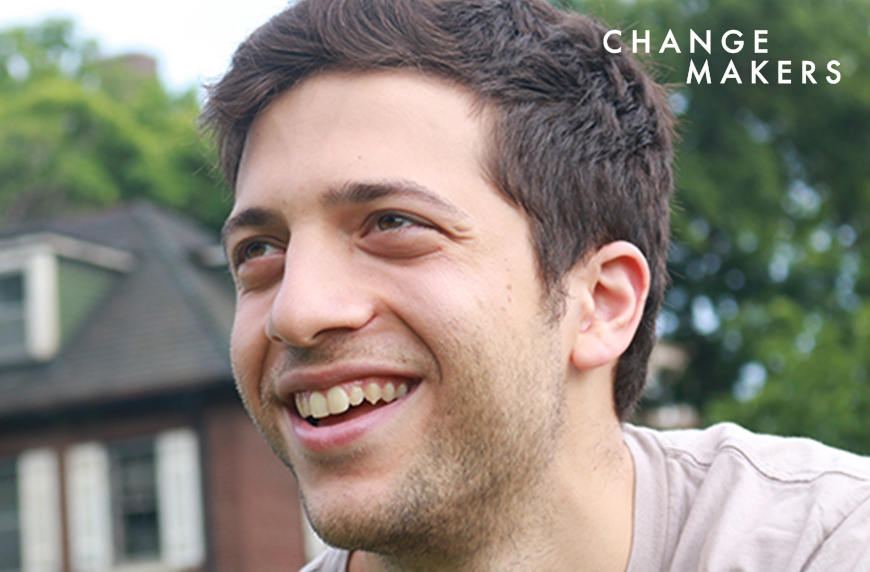 In the almost six years since Brian Rudolph co-founded chickpea pasta line Banza in 2014 with his brother Scott, the company has: entered more than 12,000 stores, expanded its produce line to include vegan mac-and-cheese, lasagna noodles, and chickpea rice, and now plans to expand beyond the supermarket space into the food service industry. (Think: the pasta version of Beyond Meat.)

Given the brand’s track record, there’s little doubt Banza will not only reach these new heights, it’ll exceed them in ways consumers can’t see coming—all of which is exactly why Rudolph was named a Well+Good 2020 Changemaker.

Here, Rudolph talks to Well+Good about why the brand’s mission of reach and accessibility is so important to him and their pie-in-the-sky dreams.

W+G: People are passionate about Banza products, to say the least. How do you decide, “Okay, this is what we’re going to make next”?

Rudolph: We listen to the consumers really closely. People have been reaching out to us and asking about lasagna noodles pretty much since we launched. Same with the plant-based mac-and-cheese. Ever since we came out with our original mac-and-cheese, the top comment on Instagram was asking for us to make it 100 percent plant-based. It was a very clear request, but it took us a while to get it exactly right.

How long does it take for something to go from idea to finished product?

It depends on the product. With the chickpea rice, that was actually pretty quick. The initial test for it was June 2018, we finished testing it in October 2018, and it came out February 2019. The lasagna noodles were trickier because of the shape of the noodle. That was tough! We wanted to make sure it really held well and also tasted good, of course. But all the testing was worth it because I actually think it’s one of our best products.

Similarly, with the plant-based mac-and-cheese, I give major props to our product team for that one. Obviously making sure it tastes good was really important, but we also wanted the ingredients list to all be foods people would be excited to eat, which is why we used sweet potato, garlic, and nutritional yeast. We spent a lot of time perfecting that one before putting it out into the world.

Besides being a staple at home, you want to enter the restaurant space. What exactly are your ambitions?

We’ve always said that we wanted Banza to be available wherever regular pasta was available. That’s a lot of places. Certainly that’s grocery stores, but then there’s the food service channel. We want Banza to be served in schools, giving kids a nutritious pasta option. We want to be served in restaurants. This has always been our long-term goal; it just made sense to enter retail first.

Beyond Meat and Impossible Foods have been really inspiring to me in this sense. They’ve been able to build partnerships with some of the largest restaurants in the world. That’s a huge win in order to make plant-based options more accessible and also a win for sustainability.

Why is entering the food service space so important to you, beyond just being good for business? Is there a bigger mission behind your intentions?

The more people who eat beans, the better. Beans are great for people and the planet. There are some pretty amazing long-term correlative studies between people who eat legumes on a regular basis and health benefits such as better cardiovascular health, less risk of diabetes, and a likelihood to live longer.

But they’re also good for the environment because legumes play a very important role in crop rotation [where farmers grow different plants on the same land each season, which is good for soil health]. This means less reliance on synthetic fertilizer, which is a large contributor to greenhouse gases. Legumes have also been cited as the most water efficient form of protein. So between the health benefits for people and the environmental impact, we as a company are very motivated by that.

It’s really beautiful when foods that are good for you are also good for the planet.

Totally, but that’s not always the case. Almonds, for example, are full of health benefits, but they aren’t very water efficient. So you’re making a bit of a trade-off there, whereas with pulses, you get both benefits, which is nice.

You brought up Beyond Meat and Impossible Foods, which have both purposely entered the fast food sector as a way to make plant-based options more accessible. Is that your intention as well?

Our mission statement has always been to make nutritious food more accessible, so to have the opportunity to not just be served in high-end restaurants, but eventually in more price-accessible restaurants as well is super exciting for us. I don’t think it has to be the first stop; Impossible Foods started in some pretty high-end places and then worked their way outward. I don’t think there’s just one way to do it. But certainly in the long run, we would love to be in more accessible restaurants. At this stage, we’re not ready to reveal who we’re in talks with yet—on either end of the spectrum—but stay tuned!

Is there anything else you want to tell consumers and Well+Good readers?

If you want to start eating more plant-based foods but aren’t sure how, here are some tips. And BTW, plant-based eating is more than just a trend; it’s here for good.