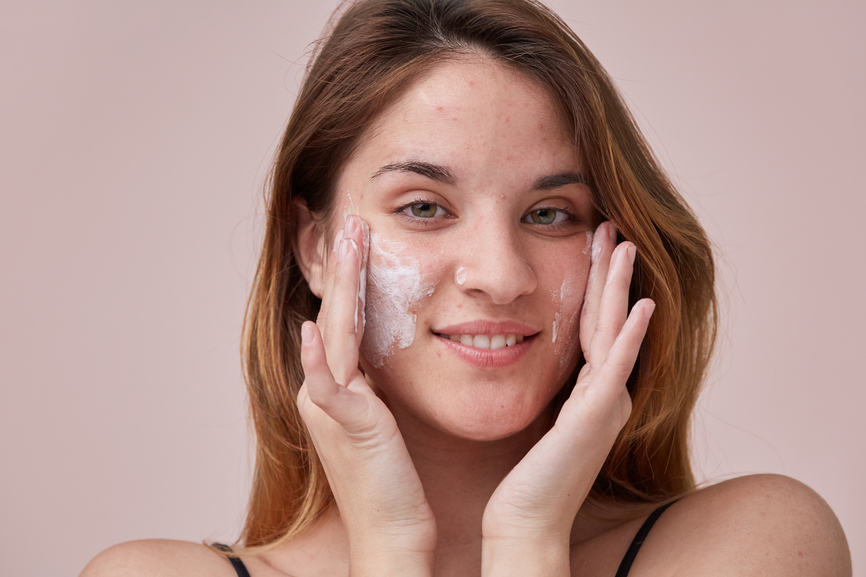 Acne is one most common skin concerns in the United States, affecting nearly 50 million people each year (so, yeah—you’re not alone). With that massive number in mind, it’s hardly a surprise that when a legendary breakout-fighting product makes its way over from across the pond Harry and Meghan-style, skin-care aficionados jump at the chance to get their hands on it (especially when said product only costs $10).

Such has been the case with Carbon Theory’s Charcoal & Tea Tree Oil Breakout Control Facial Cleansing Bar ($10). The UK cult-favorite launched at Ulta two weeks ago and sold out almost immediately. Peek at the ingredients list and you’ll see why: The bar’s active acne-fighters are charcoal and tea-tree oil, which zap zits without being as harsh as other acne treatments like retinoids and hydroxy acids. This means the bar isn’t just great for pimple-prone skin, it’s good for even the most sensitive skin types.

Why is that the case? Charcoal has long been thought of as a “detoxifier,” thanks to its ability to pull out dirt, grime, and oil from your pores, while tea tree oil acts as an anti-microbial and anti-inflammatory for skin. Together, the duo won’t leave behind flaking, scaling, or dryness (the way retinol often tends to), and just to make good on that, there’s also some shea butter in the formula to help with hydration.

The soap may have sold out within a week after launch, but it’s thankfully back in stock so that you can lather it up for yourself and see why it’s become the biggest International phenomenon since the Beatles. (Or at least since Charlotte Tilbury Pillow Talk). And if you want to see for yourself, this user-generated photo stands as proof:

We love seeing your before and after pictures with our Cleansing Bar!

Despite being uber-gentle, the bar still may be drying for some skin types, so your best bet is to introduce it into your routine gradually and be sure to top it off with one of the best moisturizers for acne.