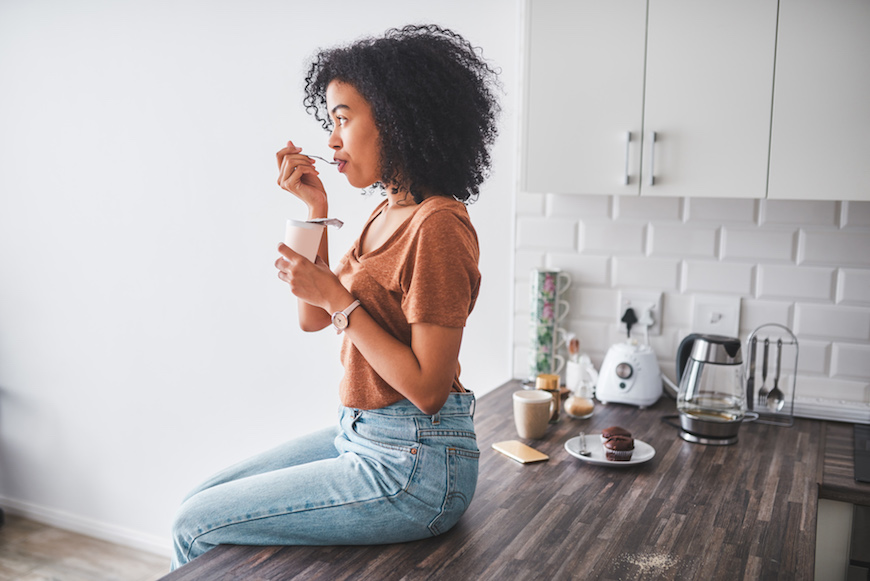 Is vegan yogurt as healthy as traditional yogurt? Here’s what an expert says.

It’s been two years since Well+Good predicted the explosion of non-dairy yogurt in the refrigerated section at grocery stores across the country. And what a difference two years makes. Both traditional yogurt brands (such as Yoplait, Chobani, and Silk) as well as smaller upstarts (like The Coconut Collaborative, Lavva, and Siggi’s) have all released vegan yogurt products, using one of the many popular alt-milks as the base and adding in the gut-healthy bacteria many consume traditional yogurt for in the first place.

If you’re curious about how these new alternative products compare to dairy yogurt, registered dietitian Tracy Lockwood Beckerman, RD, reveals some of the biggest things healthy eaters should keep in mind in the latest episode of You Versus Food. “Keeping up with the times, yogurt brands are pivoting to appease the growing demand for going dairy-free,” Beckerman says.

While the rise in non-dairy yogurts is great news for healthy eaters who are dairy-free (either by choice or necessity), Beckerman does point out some big differences between traditional yogurts and these new stand-ins. “Alt-milks are not always a great swap nutrition-wise because [they] can be very, very scarce in the protein department and they can be high in saturated fat, too,” she says. For example, while a serving of plain Greek yogurt has around 20 grams of protein, Beckerman points out that some vegan yogurts have less than one gram per serving. Not a great look…

In the episode above, Beckerman points out a few other factors to pay attention to when picking an alternative yogurt, especially if you’re buying it in the hopes that it could totally replace traditional dairy yogurt. Is vegan yogurt an alternative scene worth joining? Check out the video for the verdict.

While we’re talking about alt-products, here’s the deal on if oat milk is healthy or not. And here’s what you should know about intuitive eating, another popular topic among the wellness set.