A G.I. doc shares the best healthy foods for restoring the good bacteria in the gut 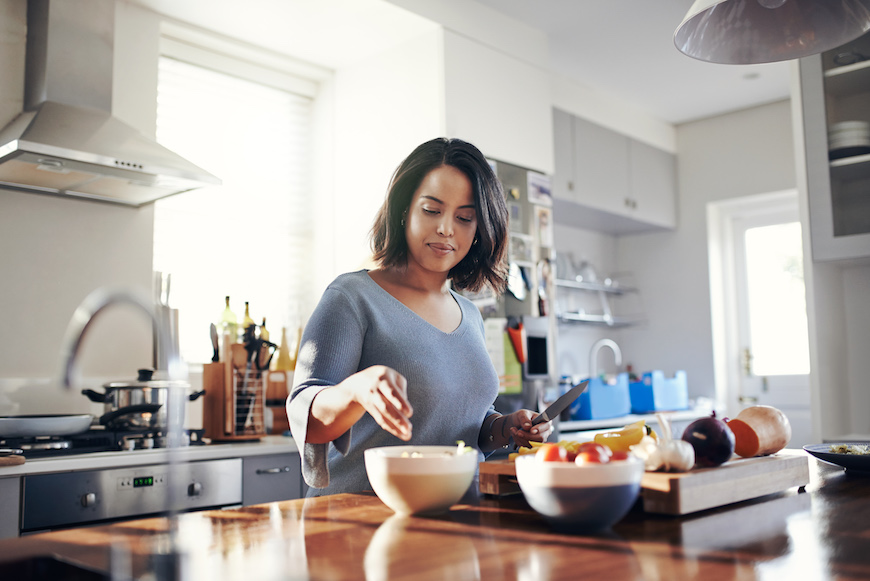 At this point, you’ll be hard up to come across a health expert who doesn’t preach the importance of gut health. Remember when we all thought it just had to do with digestive health? Gross as it may be to think about, there are millions of bacteria living in your gut, also called gut flora. The community of gut flora is referred to as the microbiome, and their health and functioning is connected to everything from brain health to mood and even skin irritation. (Although it’s important to note that there can be other causes of these issues as well.)

The key to having a healthy microbiome is making sure the good gut bacteria (also known as probiotics) outnumbers the bad bacteria that can live alongside them in your gut. When the bad guys outnumber the good for a prolonged period of time, it can have long-term implications on overall health. Scientific research continues to find correlations between gut health and cognitive function, as well as other chronic disease. And in the short term, a gut flora imbalance can lead to persistent constipation or diarrhea, bloating, and other unpleasant gut issues. So to sum it up, keeping the gut balanced is important for both short-term and long-term health.

Here, Fiber Fueled author and gastroenterologist Will Bulsiewicz, MD explains the biggest reasons why bad bacteria in the gut can start outnumbering the good. Plus, he gives his tips for restoring gut flora, bringing balance back to the microbiome.

What causes bad bacteria in the gut to outnumber the good bacteria?

According to Dr. Bulsiewicz, there are a few different culprits scientifically known to diminish the good bacteria in the gut. One of the biggest (if not the biggest) reasons is eating unhealthy foods. “Refined sugar, refined flour, and saturated fats all inflict harm on the gut microbiome,” he says, as these foods are fuel for the harmful bacteria in the gut—which can ultimately throw your gut bacteria out of balance.

As if being stressed wasn’t already bad enough on its own, it’s also terrible for your gut. Have you ever gotten a stomach ache after an argument with your partner or because you’re worried about something at work? It’s a prime example. One mouse study found that chronic stress changed gut microbiota in the same ways that a high-fat diet would—but just in female mice, because life is unfair like that. While it remains to be seen that these findings translate to humans, it does suggest that stress has a huge impact on the functioning of your gut bacteria.

There are times when antibiotics are absolutely necessary and the most effective way to treat an infection. But Dr. Bulsiewicz says that in the process of killing the harmful bacteria that can make someone sick, antibiotics can wipe out the good bacteria, too. “When you take an antibiotic, you’re knocking down the whole damn thing,” he says. So after you’re finished your course of treatment, it’s important to start building the gut back up again.

While most people think the most effective way to restore gut flora is doubling down on probiotic supplements, capsules containing bacteria strains linked to promoting good gut health, Dr. Bulsiewicz actually warns against it. “Scientific studies have actually showed this is a less effective way to help with restoring gut flora because when you take a probiotic, you’re introducing outside foreign species of bacteria that’s not truly meant to be part of a balanced community inside of you. They’re good, but they don’t colonize,” he says, adding that the bacteria in probiotic supplements don’t stick around, the same way bacteria from foods does. “You have to rebuild your gut using food,” he says.

The best thing you can do to help rebuild your gut according to Dr. Bulsiewicz: fill your diet with a wide range of plant-based foods. “The single greatest predictor of a healthy gut microbiome is the diversity of plants in your diet,” he says. If you aren’t used to eating a lot of plants—including veggies, lentils, beans, fruit, and herbs—Dr. Bulsiewicz’s big tip is to go slow, building up how much you eat over time and not just going from zero to 100 overnight. It’s good advice to follow for the other foods on this list, too.

There’s a reason why Dr. Bulsiewicz wrote a whole book about fiber: It’s the biggest ally of good bacteria in the gut. It’s why plants rank number one on his list of foods for restoring gut flora (all plants have fiber) and also why whole grains (which are naturally high in fiber, too) ranks high as well. Dr. Bulsiewicz says it’s crucial to get fiber from food as much as possible, not a supplement. “All the research on the benefits of fiber on the gut focus on fiber-rich foods, not fiber supplements,” he says.

Why single out these types of plants in particular? They are three foods that are particularly high in polyphenols, aka organic plant compounds with antioxidant and anti-inflammitory properties, which Dr. Bulsiewicz says have a powerful effect on the gut. “Polyphenols behave as a prebiotic. They’re consumed by the healthy microbes that live inside of us,” he explains. But he emphasizes that in order to reap the benefits of polyphenols, you need a healthy gut to activate their benefits, so it’s important to not ignore the other foods on this list, too.

When it comes to probiotics, Dr. Bulsiewicz strongly advocates using food, not supplements, for restoring gut flora, but he is into the idea of taking a prebiotic, aka food for the bacteria living in the gut. “A prebiotic supplement can be helpful because it’s not outside bacteria; it’s just fuel for existing bacteria,” he says. “So what you’re doing when you take a prebiotic is you’re bringing the good guys back as quickly as you can.”

Because fermented foods (such as yogurt, sauerkraut, and kimchi) have naturally-occurring probiotics, they land a spot on Dr. Bulsiewicz’s list, but he says there’s no need to get too obsessive about eating them. “There aren’t great studies saying that fermented foods are good at restoring gut flora,” he says. “There is evidence that they are good for the gut when you eat them on a regular basis, but there aren’t studies saying loading up on them to heal the gut works.”

Watch the video below for more gut-healthy food ideas:

Here are 10 more ways to improve gut health. Plus, eight surprising signs of bad gut health you might be overlooking.