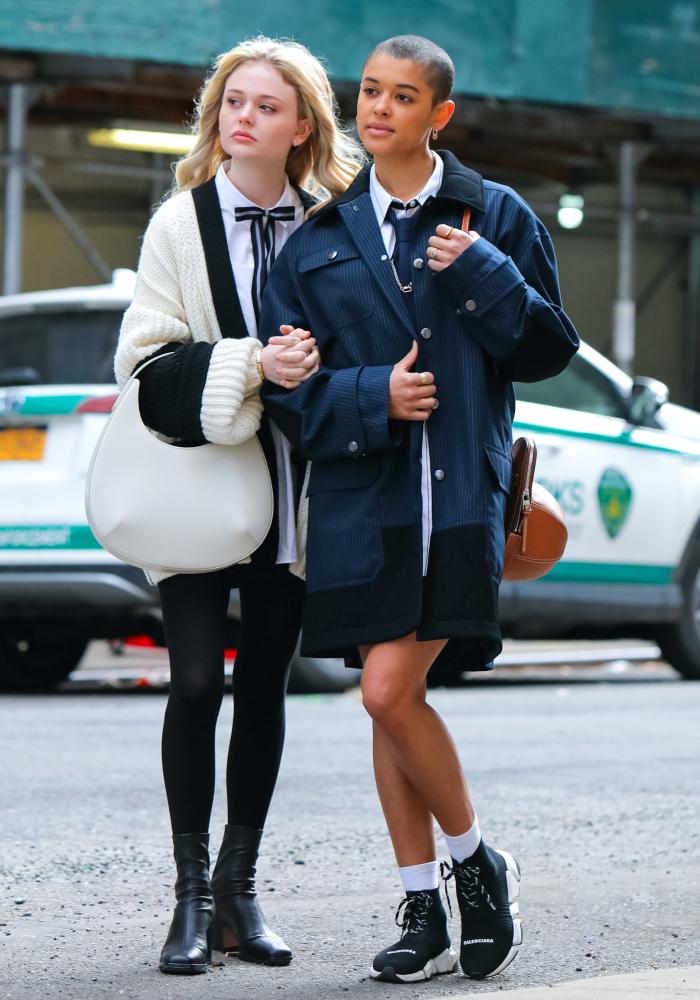 Thanks to social media, nothing seems to be much of a mystery any more. However, when it comes to the reboot of Gossip Girl, it seems that we’ve been getting mere scraps of information about the latest iteration, fueling our desire for more details. The news that the much-loved show was getting an overhaul, eight years after the original finished airing, was announced last year and ever since then we’ve been trying to find out everything we can.

Then just yesterday there were a whole new load of photos released from the Gossip Girl set featuring so many looks that we just have to share. As a lover of the original, it’s hard not to make some comparisons to the former cast and the characters but so far, according to the outfits, we’ve convinced ourselves who’s the new S and who’s the new B. Plus, it’s still Constance, and they’re still sitting on the steps of the Met.

So far, we know all the character names (you can spy them on the new Gossip Girl IG account) but I guess what we really want to know is what they’re wearing. Thanks to our expert fashion knowledge (and keeping a close eye on costume designer, Eric Damon‘s IG), we’ve been able to work out all the accessories brands the new cast is wearing.  Right now, we have no idea how the new one will play out but if you need a quick fashion fix before the show eventually airs, then keep scrolling, you know you’ll love it.

Next up, the biggest spring/summer 2021 fashion trends to know.