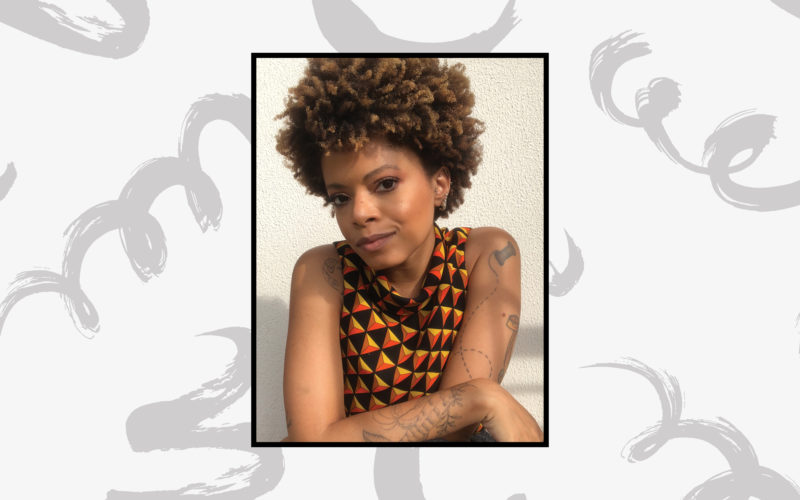 Earlier this spring, Dove held a virtual summit called Behind The Filter, part of the brand’s groundbreaking Self-Esteem Project, which included panel discussions featuring makeup artists, TV hosts and more — and of course, an eye-opening conversation about social media and filters with the one and only Lizzo.

During the event, we were particularly captivated by Maraisa Fidelis, a Brazilian influencer who started a blog and YouTube channel in 2013 after going on her own natural hair journey and finding that there were very few Black Brazilian creators making content for women like her. Today, she talks about beauty, fashion and self-esteem, engaging with her 147,000 YouTube subscribers, through the lens of being a Black woman living in Brazil.

Read our interview with Maraisa Fidelis below.

“I’d been chemically relaxing my hair since I was 11 or 12 years old. I wanted to have straight hair because it was what was considered beautiful; it was just the standard of beauty in Brazil. In 2013, when I was 24 years old, I decided to go natural because I wanted to know how my hair would grow. Back in 2013 when women online started talking about going natural, and I was inspired by them, so I was like ‘Okay, let’s do this.’ So I had my big chemical cut and I hadn’t seen my natural hair since I was 11.

“At first I got a lot of negative comments on YouTube, stuff about my hair looking ugly or not moisturized, and initially it was really upsetting because I’d only been wearing it natural for a short time. Eventually I started to understand that these comments weren’t really about me — they were about Brazil’s beauty standards, which were rooted in racism. People would ask if they could touch my hair and they’d want to play with it, as if it was something from another world, or something that belonged to the public.”

“I grew up in an upper-middle class neighbourhood in São Paulo and my family was usually the only Black family anywhere we went. Over 50 percent of the Brazilian population is Black, but the majority live in poverty, so while I went to private school, I was always the only Black girl in class. I didn’t see anyone else who looked like me, so when I needed representation or a beauty reference, I could only really turn to my mom and grandma. They always made sure I felt beautiful, but of course being the only Black person at school still affected me. And it wasn’t just at school — it was on TV, in magazines, in dance class. In Brazil back then, you couldn’t even consider applying for a job on TV if you didn’t have straight, blonde hair.”

On the lack of products on the market for natural hair

“Back in 2013, brands weren’t making products for my hair type — at least not in Brazil — because like I said, straight hair was the beauty standard. So women like me who were wearing their hair natural had to turn to DIYs. My hair is curly and dry, so I needed oil but all that was available was olive oil, avocado oil and coconut oil from my kitchen. For nourishment I’d mash up fruits like avocados and bananas, and sometimes use mayonnaise. It wasn’t until maybe 2015 that brands started seeing content creators like me posting their DIY hair mask recipes and being like ‘We’re losing money with these women’ and that’s when I started seeing brands catering to my hair type. Today, things are so different. There’s such a wide range of options for natural hair. But honestly, even if these options existed when I was younger, I’m not sure I would have gone natural any sooner just because of what the beauty standard was at the time. I really don’t know.”