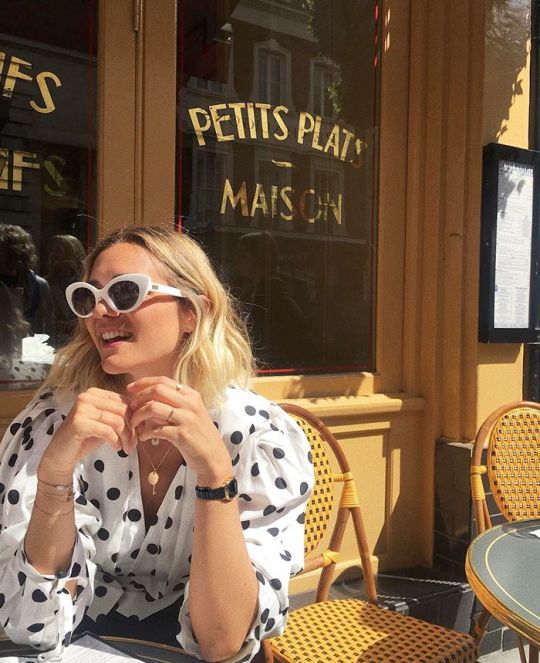 You know this already—we have a thing for French style. This probably doesn’t come as a big surprise, as we’ve investigated everything from the pieces they fill their homes with to what Parisians wear to weddings. In other words, we’ve done our research narrowing in on how they achieve that je ne sais quoi, and now we’re diving into their summer wardrobes.

French It girls like Jeanne Damas, Sabina Socol, and Anne-Laure Mais seem to line their closets (and suitcases) with many of the same items and follow a few of the same rules. The guidelines are pretty straightforward. First, keep your palette neutral. Stick to classic shades like navy, white, and red, as well as earthy tones like tan and rust. You’ll have a hard time finding French girls wearing anything too jarring like neon. Next, when wearing prints, go for seasonless patterns. Much like an It bag that’s often associated with the time it debuted, prints can look tired after a few months. You can avoid making your outfit look like it’s dated by wearing prints like polka dots, gingham, and simple florals, which will always be in style. Last, you can never go wrong by following the lead of Jane Birkin. Whether it’s emulating her basket bag, cropped hemlines, or layered necklaces, she’s a constant source of inspiration for us all.

Next up, the lesser-known French brands we love.

This post originally appeared on Who What Wear US and has since been updated.