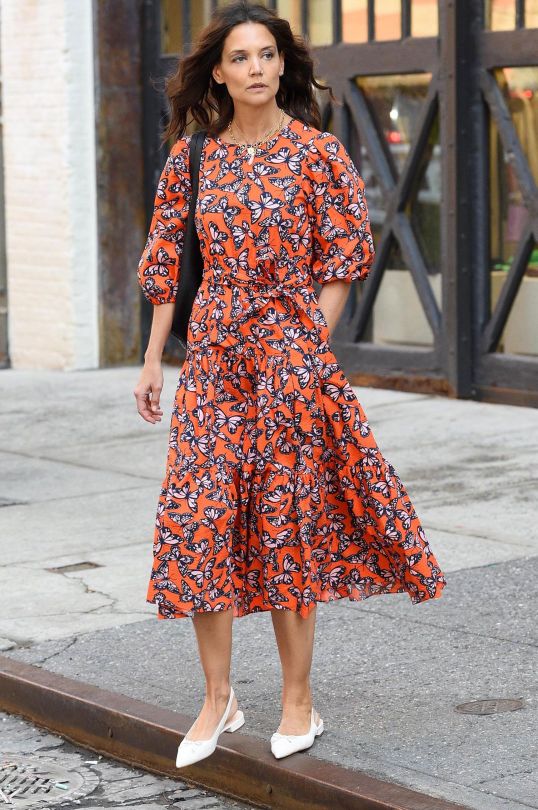 I might not have much in common with Katie Holmes, but we are the same height (5’9"), so I have a feeling she could relate to my never-ending quest to find flats that are actually cute. But tall girls are far from the only people who want the practicality of flats without sacrificing style. French girls such as Leia Sfez and Tamara Mory, for instance, love Chanel’s iconic slingback flats, but they can be considerably out of reach for the average shopper. That’s why I was excited to see Holmes wearing slingbacks that have the same vibe.

Photographed in New York City, Holmes wore Kate Spade New York Veronica Slingback Flats (£190), which come in four different colours. Holmes paired her white versions with a beautiful butterfly-bedecked dress, also by Kate Spade New York. As we’ve already identified, flat slingback shoes are a footwear favourite amongst French women and will make any outfit you decide to wear them with look elevated and sleek. As well as Holmes’s exact flats, I’ve gone a step further to shop the best flat slingback shoes for every budget. Scroll on to see them.

Next Up, Spring/Summer 2022 Trends: The Only 17 Looks You Need to Know About

This story originally appeared on Who What Wear U.S.