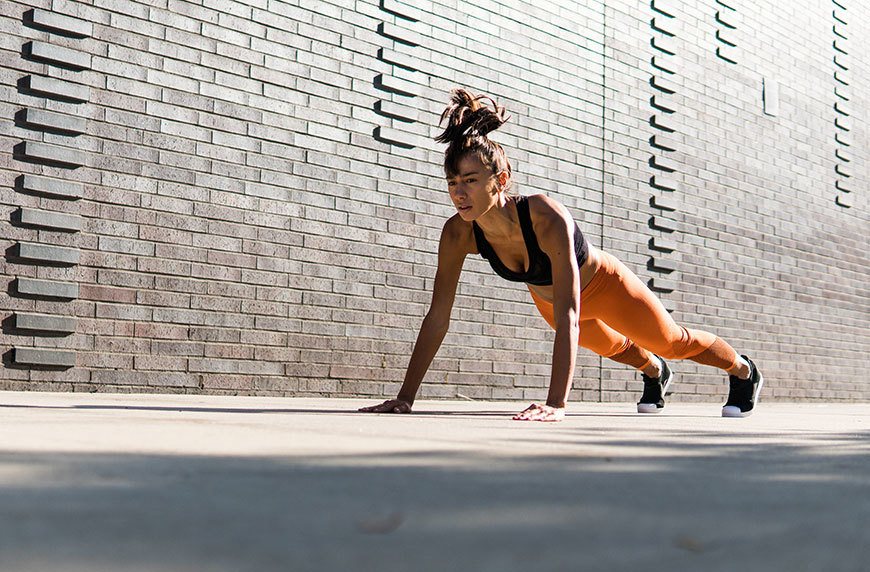 You can always count on your animal friends to hook you up with some killer workout ideas. There’s bear crawls, crab walks, inchworms, donkey kicks—if you can think of an animal, there’s probably a wildly effective move inspired by it. At this point, I feel like I’ve done my fair share of each of them (during a boot camp class or following along with an online video), but alligator crawls are on an entirely different level.

I didn’t know alligator crawls were even a thing until I peeped a video posted by trainer David Kirsch, who works with a star-studded list of clients, including  Jennifer Lopez. And after pressing play, I knew I had to give it a go. Simply put, alligator crawls are a moving plank, pushup, and crawl combo that makes your entire body burn like it’s never burned before. Particularly your core, shoulders, and arms. Another crazy aspect of this move? It’s usually done on your fists.

The exercise is hard. Props to alligators for doing it every day. But it might just be the extra challenge your workout routine has been needing. Here’s exactly how to perform the move—plus Kirsch’s tips on making them even more intense.

Here’s how to perform an alligator crawl like a beast

The 3 steps to alligator crawls:

Once you have the hang of the basic alligator crawl, you can make them harder by adding weights and push-ups into the mix, as Kirsch demonstrates:

Always looking for ways to raise the bar, inspire & motivate. As Emilia and Francesca’s 10th Birthday is just weeks away, I strive to be #mybest for me and my girls!!! What/who is your motivation? Take a video and tag me and share who motivates and inspires you to be the best (#mybest ). Alligator crawls w/ pushups and pike Weighted Walking side plank and pike pushups #noexcuses #fitnessfriday #fitness #wellness #fitfam #fitspo #fitover50 @ultimatefamilywellness @kilogearcut @tkostrength @drinkbodyarmor #pushup #plank #workoutanywhere

For more workout inspo, try these plyo exercises that’ll get your heart pumping one explosive movement at a time. Then go for some quick cool-down exercises that are just as important as your warmup.