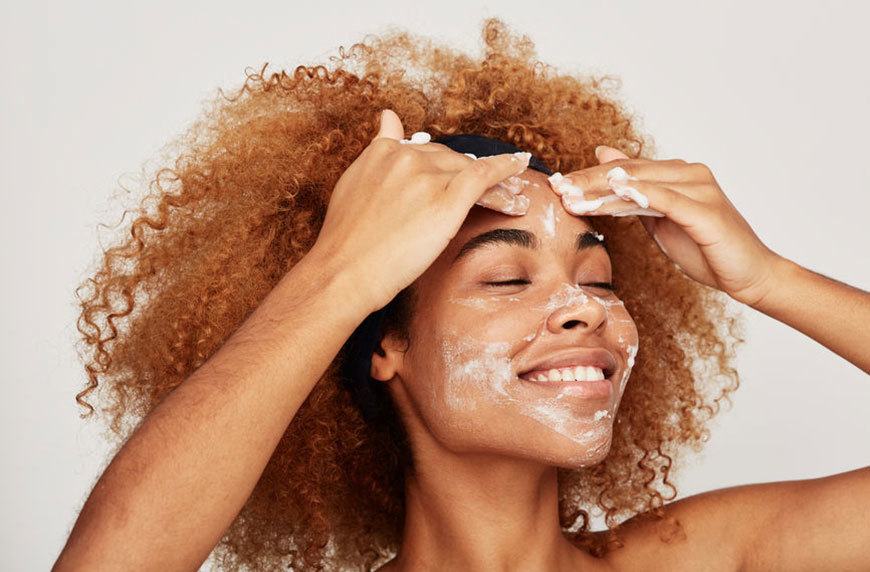 I don’t know about you, but I vividly remember when facial cleansing brushes became a thing. Back during the Clarisonic boom, it seemed like everyone had added the Oprah-approved device to their skincare routine. Well, everyone except me.

Even though they were in every magazines I flipped through, I couldn’t justify spending the money. Plus, as someone with incredibly sensitive skin, it wasn’t just the price of those OG facial cleansing brushes that scared me—it was also the rough-looking bristles. Imagining them doing high-speed twirls across my skin had about the same effect as fingernails on a chalkboard. But years later I stumbled across a new wave of products made from silicone that changed my view of the cult product entirely.

At a first glance, the Foreo Luna 2 ($169) definitely doesn’t look like a skincare product. But trust me—it is. Made from silicone, it looked super gentle. Something I could potentially use on my skin without making things worse. Also, unlike other options on the market, there’s no brush heads you need to replace, it only takes a couple seconds to clean, and a single charge is said to last for up to 7 months. (Currently even longer for me.) There’s no harsh bristles to worry about, either. The silicone tough-points remove dirt, makeup, dead skin, and blackheads without irritation through 8,000 T-Sonic (transdermal sonic) pulsations per minute.

I’ll be honest. Even after getting the brush in the mail, it took me a while to actually work up the guts to use it. In my college days, I was able to sleep in drugstore foundation without waking up to a single zit… then my skin took a turn and became ridiculously sensitive, basically breaking out even if I looked at it the wrong way. I was being extra cautious of anything I used on my face, and for a while, my initial bravery resulted in that box collecting dust in my closet. Then one day, out of the blue, I pulled it out and decided to give it a try. And I haven’t looked back since.

I was always afraid of using one of those cult-fave bristly facial cleansing brushes. In my mind, it would basically be like rubbing a cactus on my super-sensitive skin… aka not the best idea. But then I discovered the @foreo and it changed *everything.* Head over to @iamwellandgood’s website tomorrow to read the full story! 💕

//www.instagram.com/embed.js
After a few days then weeks then months of using the Foreo Luna daily, my skin has continually shocked me by getting increasingly better. Since I’ve gotten into the routine, my skin has gotten softer as tiny bumps faded and has looked more glowy and alive. Now I rarely even get zits. I had spent so much time and money trying to figure out a skincare routine that worked, and now it’s clear what was missing: the powers of super-gentle, non-irritating exfoliation.

Using this brush has become such a relaxing part of my nightly routine. After wetting my face and lathering my skin and the brush with my go-to face wash, Simple’s Moisturizing Face Wash ($12), I massage my face in circular motions for about a minute, making sure I hit every area. After I’m done, I put on my face lotion—I like Neutrogena’s Oil-Free Moisturizer for Sensitive Skin ($7)—and head to bed. It’s as simple as that. I didn’t think I’d ever be writing a story about how I completely fell in love with a facial cleansing brush, but one thing’s for sure: I’m never going back.

If you’ve been looking for a dry-brushing alternative that doesn’t feel like torture, this is it. Also, here’s exactly how a facialist says you can get glowy results when you wash your face.