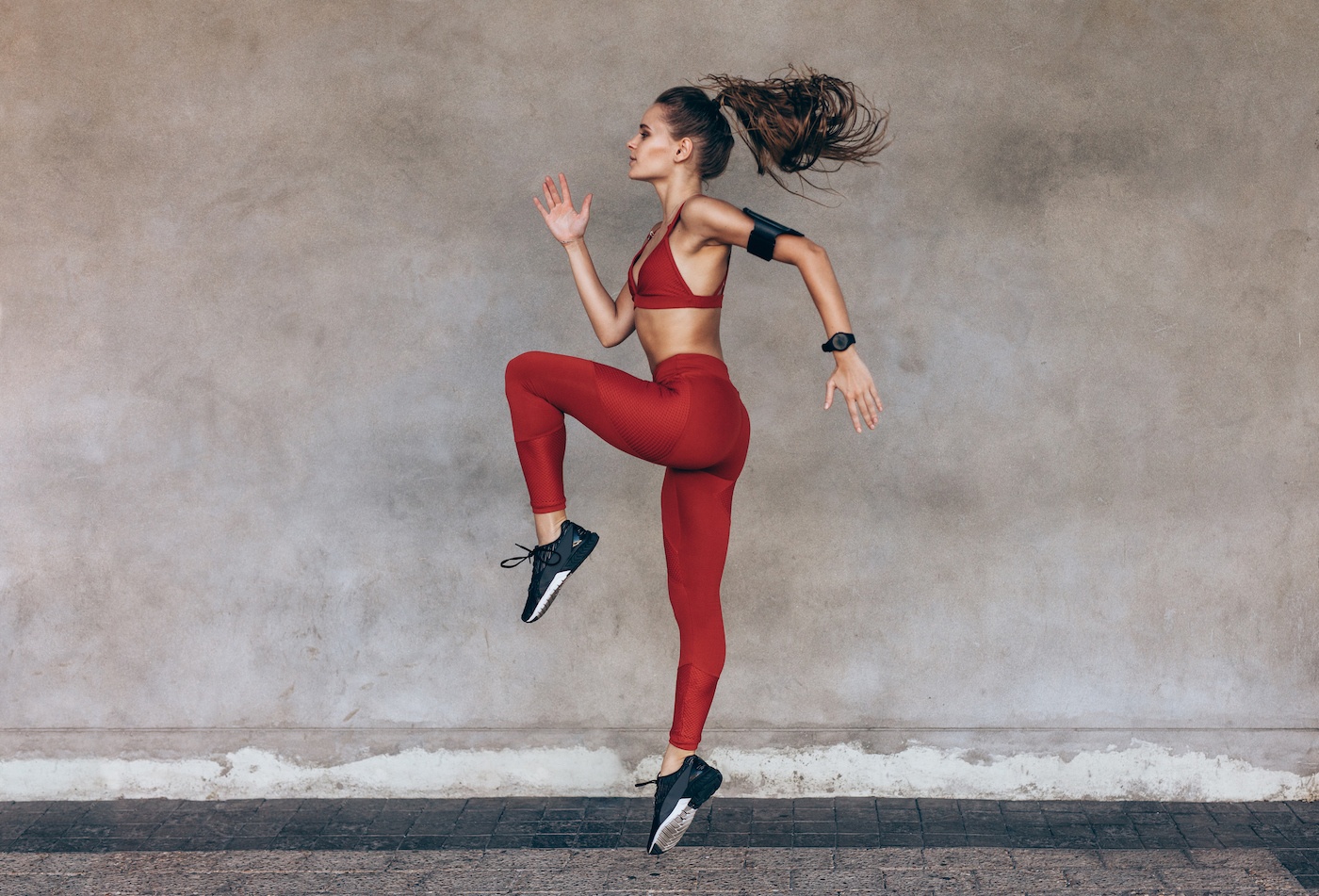 Walking into New York’s Dogpound fitness studio, there’s no question that you’re about to put in work. There’s a huge black tire outside beckoning for you to flip it over (like supermodel Ashley Graham does on the reg), a boxing ring, assault bikes (which make me tremble in fear), a weighted sled meant for pushing down the street (casual), and weight machines galore.

It’s known as a hotspot for supermodels to get their workouts in at, but it’s also just a really good place to HIIT it out until you literally. And that is precisely what I did there this morning: After cycling through different stations in which I did everything mentioned above (and a whole lot more), I came up to the “lower body” section. The two trainers had me do resistance band butt stuff, clamshells, weighted squats and curtsy lunges… and then finish things off with a very hard plyometric combo move that is basically my two least favorite exercises combined.

The move in question? Jump lunges-into-jump squats, no standing up allowed. “The jump lunge-squat combo is a great dynamic movement to bring your heart rate up,” says Rhys Athayde, founding trainer of Dogpound. “It helps with quad, hamstring, and glute development as well as targets the hip flexors and calves.” The reason you have to stay low, which makes it even harder? “By staying low, your lower body stays in a constant state of stress which burns more calories and increases your muscular endurance,” he explains.

After just 15 seconds, I was dying—my legs and butt were on fire, and I was completely out of breath and just thinking about how I wanted to savasana so hard. And yet… I had 15 more seconds (that was just one round of them though, and of course there were more). Let’s just say my legs are going to feel like jelly for a while. Watch the move in action below.

To round out the rest of your workout, here’s an at-home upper body workout to try, along with a 15-minute ab workout that’ll leave your core quaking.