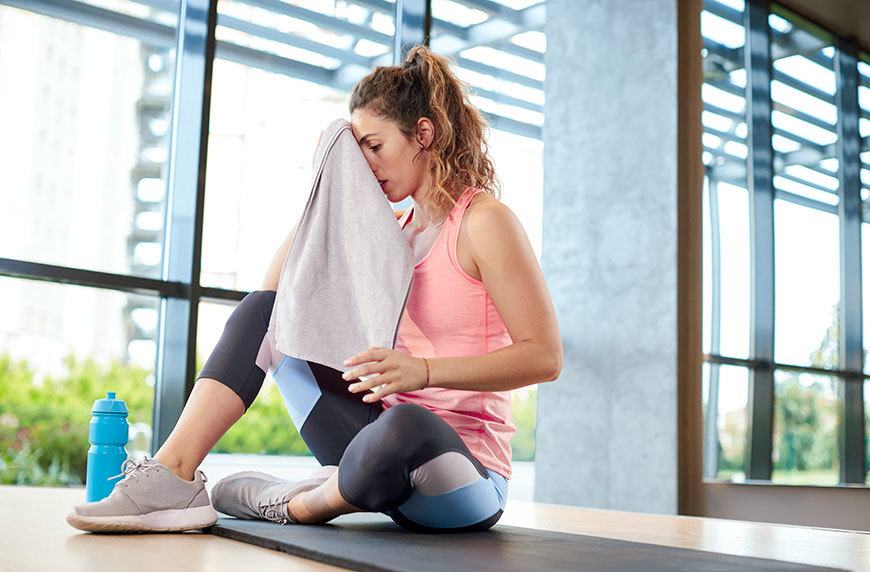 A trusty gym towel is truly a girl’s best friend. It keeps sweat out of your eyes—and mascara from streaming down your face!—during your last mile on the treadmill. And it ensures you’ll never leave a puddle behind after doing bench presses in the weight room. But please, for the love of all things germy, stop using the same one on both your face and the gym equipment.

Kayla Itsines recently took to her Instagram story to remind her followers to stop partaking in the biggest germ-spreading no-no at the gym: wiping your face with the same towel you use on gym equipment, be it the benches in the weight room or the exercise machines. Doing so seems innocent enough in the moment. Plus, where your towel has been is kind of the least of your worries when you’re sweating through a hard workout. Unfortunately, one quick swipe of a bacteria-ridden towel on your face could be detrimental to your skin and your health.

Microbiologist Jason Tetro, author of The Germ Files, says that gym towels are no different from dish towels in your home.”Everything is being wiped indiscriminately, and as a result, germs from all surfaces are going to end up on that towel,” he says. “Unless you’ve soaked it in very hot water or a disinfectant for three minutes, you’ll spread that bacteria to other surfaces, including skin.”

When that bacteria does spread onto your skin, it might just cause some irritation or a breakout. Or, it could result in something much worse. “While most of the bacteria will not be harmful, there is a chance a pathogen such as MRSA could be transmitted. You simply do not want that on your face,” Tetro says. Especially because MRSA—short for methicillin-resistant Staphylococcus aureus—causes staph infection, which is incredibly difficult to treat as it’s resistant to several antibiotics.

From now on, you might want to grab two towels at the gym: one to wipe your face with, and the other to put on your equipment. Because nothing’s going to get in the way of your #fitnessgoals more than a staph infection.

The next time you’re at the gym, try out the seemingly boring piece of gym equipment that’s actually a secret weapon. Or maybe just cancel your gym membership altogether and do these cardio exercises at home instead.