I’ve gotten premature grays for so long, and this is why I choose to dye them 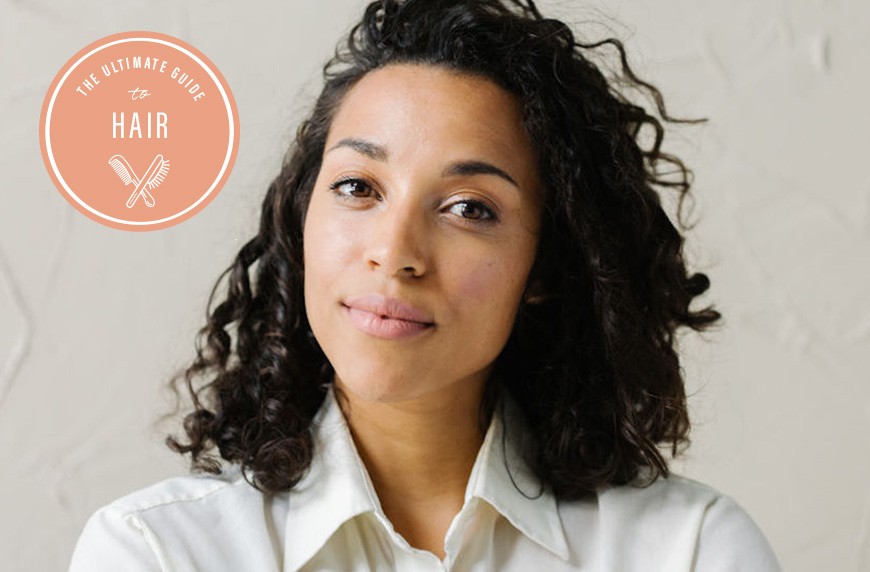 Every five weeks like clockwork, I know that I’ve gotta book an appointment at my hair salon—stat. This is because, also like clockwork, my very dark brown hair starts transforming into a half-brunette, half-gray situation, with white strands trickling out from my roots… which just isn’t the look I’m going for.

It’d make my life a whole lot easier, not to mention cheaper, if I simply joined in on the constantly growing trend of younger women embracing their grays. But having dark hair feels like it’s part of my identity. Unlike the accumulation of fine lines and a loss of collagen—both relatively invisible changes to your skin that happen as you grow older—gray hair shows up with a presence. It’s visible to others (if you get a good chunk of ’em), and, with brunettes, they’re a stark contrast to the rest of your head of hair. So it’s a more dramatic aspect of aging that I’m not ready to embrace as a 31-year-old.

“The hashtag #greyhair has over 1.5 million posts on Instagram, and the latest hashtag that seems to be taking off is #grombre, a handle dedicated to mature women who want to show off their natural gray roots,” says Sanam Hafeez, MD, a New York City-based neuropsychologist and adjunct professor at Columbia University. She’s right. The gray-positive movement has sparked a crusade of younger women showing off their incoming whites/grays/silvers as totems of their time on earth and the natural processes that come along with that. It’s definitely empowering and I’m all about it.

Unlike the accumulation of fine lines and a loss of collagen—both relatively invisible changes to your skin that happen as you grow older—gray hair shows up with a presence.

“With the gray-positive movement happening, things are changing,” says Dr. Hafeez. “For many women now, not having to cover their gray is a huge sigh of relief, almost like not having to wear a bra.” You could also relate it to Big Bush Energy—a.k.a. embracing pubic hair—and acne positivity, not shaving above the knee (or at all), and letting armpit hair grow, all of which are modern-day phenomena that are quashing the old-school patriarchal norms that were impressed upon women in the days of yore.

But your hair is your prerogative, and mine just happens to be continuing to dye my roots every month so that my strands remain (relatively) the same color they’ve been since I was born. “For the women who are affected when their gray roots start showing, a trip to the salon to banish those grays is usually an uplifting experience,” says Dr. Hafeez. “I’m sure that woman walks out of the salon standing a little taller than she did coming in and feeling better on the way out.” She’s right—I walk out prouder and feeling more like myself with a fresh, white hair-free dye job.

“It’s all in the individual woman’s perception of beauty and the way the closest people in her life perceive beauty.”

Dr. Hafeez chalks it up to how you were raised and how you view beauty for yourself. “It’s all in the individual woman’s perception of beauty and the way the closest people in her life perceive beauty, and the emphasis they place on youth,” she points out. I grew up with a mother who also got grays at a young age, and chose to color them—and still continues to do so. Now my younger sister’s on the train, too.

I know I don’t need to justify my choice, but I will say that I’ve yet to do any other sort of beauty treatment that reverses time. Gray hair is my personal exception to the whole “embrace aging” thing. One day, of course, I imagine myself rocking some Cruella de Vil-esque half-and-half sort of vibes, with silver streaks cascading down my back alongside my brown hairs like I’m a cool aunt or a retired art teacher or whatever.

The point I’m trying to make is that how you choose to present yourself is exactly that: your choice. “No woman should be shamed for choosing to be gray, and, conversely, women should not be considered shallow if they decide to color their hair,” says Dr. Hafeez. Personally, I stan brunette hair for my own head. For now.

Oh, and here’s how to protect that color-treated hair in the summer if you’re dyeing yours too. And this is how to deal with hair color fading.