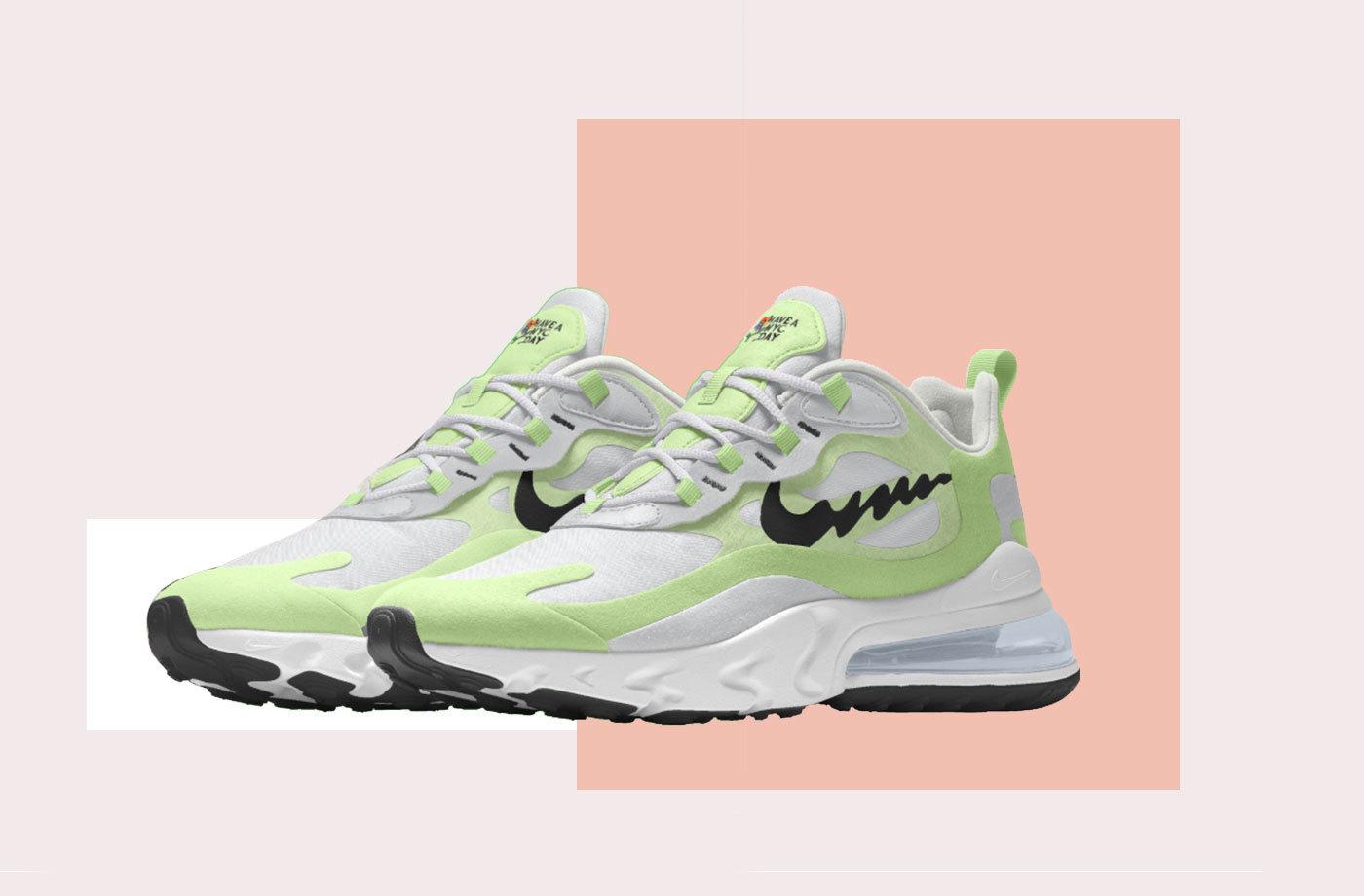 There’s a certain 60-year-old somebody in my life who’s constantly bemoaning my generation’s “obsession” with talking about our mental health, to which I’m often tempted to respond, “How’s that repression and shame treating you?” It’s not her fault the feels make her cringe, of course, but hopefully hers will be the last generation to internalize such stigma as IMO, this obsession—and the permission it’s given us all to express the full spectrum of human emotions—is the best thing to happen to the world since avocados met toast.

Now, one woman’s quest to bring the taboo topic further into light has manifested the coolest pop culture mashup to date: Nike’s new AirMax 270 React “In My Feels” shoe.

Liz Beecroft, the shoe’s designer, is the ultimate millennial multi-hyphenate. She’s a psychotherapist, a sneakerhead, and an influencer who is raising awareness around mental health issues not just because of her profession but also because of her own personal experiences with anxiety and depression. In a personal piece penned for Teen Vogue, Beecroft describes how her love of sports—basketball, specifically—dovetailed into her first experience with anxiety. While at sleepover basketball camp, she had a panic attack—the first of many. Later, in her 20s, she experienced depression after a breakup which led her back to therapy and, eventually, to her career as a psychotherapist. Even once credentialed to help others, however, depression and anxiety followed Beecroft as she struggled with the pressures of her second career as a streetwear social media influencer.

Hence, the sneakers were born. “My goal with all of this is to let everyone know that understanding our feelings are valid and we don’t have to suffer alone. It’s okay to feel the feels,” Beecroft said in a statement, per Hypebae.

Air Max 270 React “IN MY FEELS” now available. LINK IN BIO. so grateful for the opportunity to co-create these with Nike By You & Cultivator! Portion of the proceeds to benefit @afspnational ✨ #TeamNike #InMyFeelsByLiz #wearecultivator

The shoe’s green accents are purposeful, chosen because the hue serves as the official color representing mental health awareness (who knew?). Its iconic swoosh has been given a discombobulated feel, its tail waved to symbolize the ups and downs inherent in life which make healing from mental illness a non-linear process. The best part however—aside from the fact that a portion of the shoe’s proceeds will go to benefit the American Foundation of Suicide Prevention—are the text details. The shoe’s tongue says, “Have a nice day,” while its heel says “In My Feelings.”

Beecroft took to Instagram on launch day, sharing some of her thoughts about releasing a shoe that’s not only meaningful to her, but also to the mental health community as a whole. “Feeling ALL of the feels today. overwhelmed with the amount of support over my “IN MY FEELS” air max 270 react 🙏🏻 it means the world to me to have people backing a sneaker with a mental health initiative 🧠✨ for everyone purchasing the sneaker, reposting, supporting in any way shape or form, I APPRECIATE YOU. this is how we create a conversation, this is how we raise awareness. it takes people who believe in it to do it TOGETHER. so thank you thank you thank you. 💖.”

The shoes are available now through September 3rd  for $180 on Nike.com.

Not sure if you can justify a new pair of kicks? These 3 signs will tell you if it’s time to trade up. Or, make your old sneaks brand new again with this genius dish soap hack.