Ever cried getting your haircut? Here’s why hair is such a major part of our identities 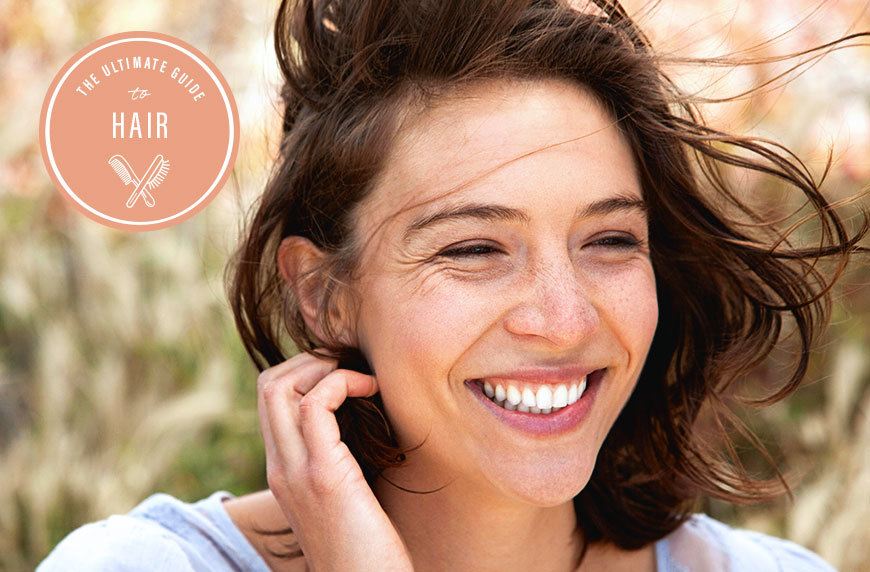 When I put out a call on Instagram asking women to participate in a story about how hair impacts identity, I received more than 100 messages. The responses were overwhelmingly varied, leading me to understand that while the shampoo that works for all hair types might not exist and while there’s no one hack that can lead every hair type to have perfectly beached waves, there is one hair truth we can hold self-evident: It’s a huge part of our identities.

“Hair is the one part of our body that we can change whenever we want, without causing any permanent damage,” writes Bumble and Bumble hairstylist Laurent Philippon in Hair: Fashion and Fantasy.“We can dress it up or dress it down, to reflect our personality, to attract attention, to project a chosen identity or to seize the mood of the moment.”

Case in point: As 26-year-old Mariah Gill decided to go in for “the big chop,” it was a way to show the world that she was proud of her black, queer identity. “It was a big, huge deal for me because it helped me find that look that I’d been searching for. It was an immediate way to tell the world that I am butch,” says Gill, who describes her current style as a curly fro with shaved sides.

“Hairstyles and rituals surrounding hair care and adornment convey powerful messages about a person’s beliefs, lifestyles, and commitments,” writes Deborah Pergament in her 1999 article in the Chicago-Kent Law Review, titled “It’s Not Just Hair: Historical and Cultural Considerations for an Emerging Technology“. “Inferences and judgments about a person’s morality, sexual orientation, political persuasion, religious sentiments and, in some cultures, socio-economic status can sometimes be surmised by seeing a particular hairstyle.”  That was over 20 years ago, and it still rings true today.

“It’s likely we are hardwired to feel emotionally connected to our hair.” —Vivian Diller, PhD

Because while we do project so much to the outside world with how we choose to style our hair; at the same time, our style can also innately inform who we are, as 31 year-old Hilary Sheinbaum reminds me. She cut off 10 inches of her hair for the first time 15 years ago to donate to Locks of Love and says she felt “naked” when she first looked in the mirror.

The idea that we all feel something about our hair when we look in your mirror is deeply ingrained in us from both a social and biological standpoint. What’s behind this connection we have with our hair, as it turns out, is inherited and far-reaching (you’d be hard-pressed to find a culture that doesn’t value hair in some way). “It’s likely we are hardwired to feel emotionally connected to our hair,” says psychologist Vivian Diller, PhD. “We’ve associated it with status, wealth, and royalty since ancient times. Thick, rich hair has always meant health, sensuality, and youth, so it continues to mean that to women today.”

It makes sense: A bad hair day is enough to ruin anyone’s mood, and a crappy haircut can make you feel self-conscious for weeks (… just ask me about the time I cut my own bangs with a pair of eyebrow scissors). A 2000 study commissioned by Procter & Gamble found that subject’s self-esteem dropped on “bad hair” days, and their social insecurity shot up. On the flip-side, there are few things that can make you feel better than feeling your best—just look at the massive success of DryBar, which built its business on exactly that premise.

But good and bad hair days are just one piece of the puzzle. In looking at the extremes of these close ties we feel to our strands, it’s no wonder that hair loss—which is on the rise amongst millennial women—can be such a traumatic experience. According to the American Hair Loss Association, women make up forty percent of American hair loss sufferers, and their website confirms that “hair loss in women can be absolutely devastating for the sufferer’s self image and emotional well being.” But because the issue isn’t life-threatening, they’re often told that it’s “no big deal” and that they’ll “just have to live with it.”

As anyone who’s ever been through it can confirm, though, that’s just not the case. “When my dermatologist told me I had female pattern baldness, I almost cried—it was so embarrassing to me,” says 24-year-old Kimberly Corson, who started losing her hair last year. “The word ‘bald’ made me really upset, and in the moment, I was so connected and attached to my hair, and the idea of losing it was really hard.”

Corson’s emotional response to the experience is hardly an uncommon one. “Whether it’s from chemotherapy, whether it’s from hormones after giving birth, whether it’s stress, whether it’s some sort deficiency, hair loss for women is the most detrimental thing she can deal with,” says celebrity hairstylist Martino Cartier, who started a charity called Friends Are By Your Side, which donates free wigs to women who have lost their hair due to chemotherapy. “From my experience, after working with over 1,000 women, it’s more traumatic than when she hears she has cancer,” he says. A breast cancer survivor I spoke to echoed this exact sentiment, telling me that the worst part of her experience wasn’t finding out she was sick, but rather the day she lost her hair.

With the exception of hair loss, our hair is something that we have total power over. We can cut, color, and style it in whatever way we choose, and we can use it to manipulate our identities on any given day. We can wear pink curls out at night, and show up at work the next morning with a coiffed chignon. But despite being under our control, our hair also seems to have total power over us. And the resulting relationship can be nothing short of transformative.

“Women have come a long way so that our looks are just one among many aspects that fuel our self esteem. But our hair still contributes to a general sense of well-being,” explains Dr. Diller. Beyond that, though, our hair contributes to a general sense of who we are, too. It’s a way to channel our emotions (see: the five-inch “breakup cut” I got when my heart was broken last year) and influence the world’s perception of us (see: Gill’s big chop). Hair is so much more than hair.

It’s hair week here at Well and Good! Here’s what you need to know about the latest advances in hair loss therapy, and why one of our editors firmly believes in dyeing her gray hair.