Can’t decide between Instant Pot and Air Fryer? Now you don’t have to 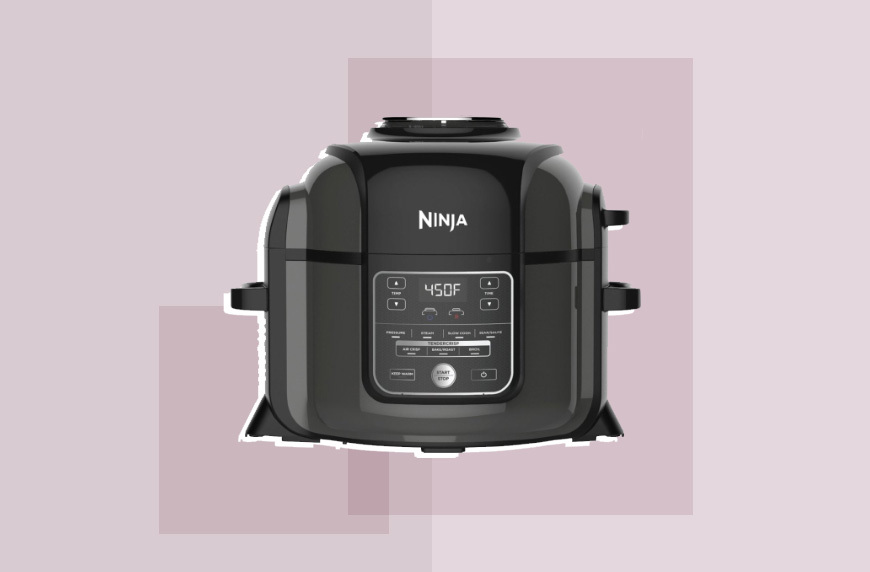 Air fryers and Instant Pots are the Sharks and the Jets of countertop cooking appliances. Ask anyone to choose a favorite, and you’ll get a lengthy explanation of all the reasons that one is better than the other. But there’s really no need to take sides anymore.

The Instant Pot is like a slow-cooker but… fast. Just throw stuff in there, and in the blink of an eye it looks and taste like it’s been stewing all day. On the other hand, the air fryer gives virtually any food a satisfying crunch—without all the unhealthy oils and saturated fats used in traditional frying. And that’s just the beginning of what each can do, at least according to literally everyone I know who has one.

Both Instant Pots and air fryers seem like healthy cooking tools to me, but I lack something they seem to require: space. My kitchen isn’t exactly sprawling, and I like to keep what counter space I do have clean and clear. So, to decide which one was worth the investment, I posed the question to Cook With Us, a Facebook group created by Well+Good.

While there were definite members of Team Instant Pot and Team Air Fryer, several members chimed in with an answer I wasn’t expecting: why not get an appliance that does both? Repeat adulation kept surfacing for the Ninja Foodi ($199), and I had to admit, I was intrigued.

The Ninja Foodi really does seem up to the task of performing the tasks of an Instant Pot and an air fryer at once (everything from frying and baking to roasting and broiling)—and it doesn’t take up any more space than an Instant Pot would alone. “The Ninja Foodi does both really well, at a fraction of  the real estate,” one Cook With Us member confirmed. “I second the Ninja Foodi. Why choose one or the other when you can have one that does both,” echoed member Carla Evans Chavez. (More than 400 five-star reviews on Amazon back up these claims.)

Well, ask and you shall receive, right? It looks like I have my answer. Now if only it would just clean itself.

If you’re the proud owner of an Instant Pot, these are some of the best healthy recipes to try. And if you have an air fryer, we’ve got recipes for you, too.