I want to tell you about my suicidal thoughts 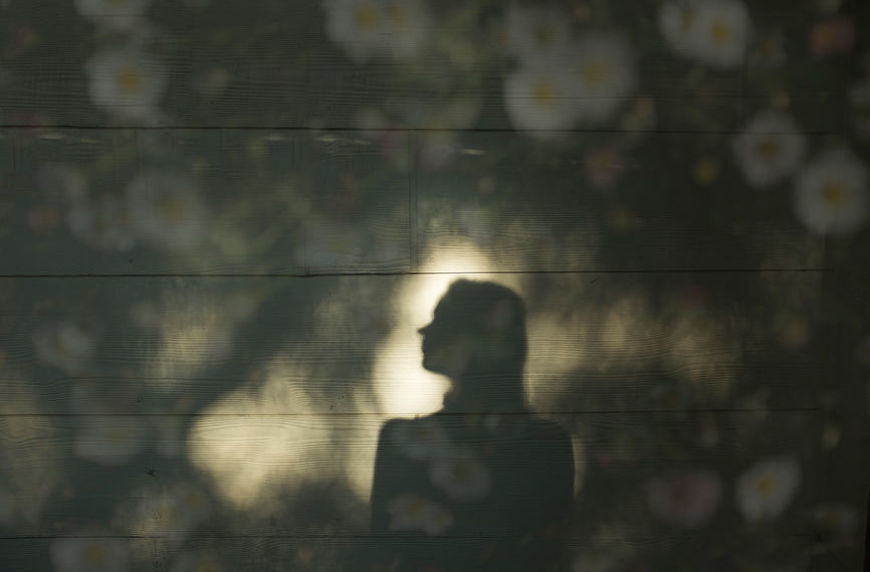 Suicide is the 10th leading cause of death in the United States, yet it is still treated with shame and silence. In honor of National Suicide Prevention Week, we’re sharing stories about suicide in order to encourage awareness and combat stigma. If you or someone you know is struggling with thoughts of suicide, please call the National Suicide Prevention Lifeline at 1-800-273-8255.

I’ve struggled with depression and suicidal thoughts since I was a teenager. But by the time I was 29, I thought I had things under control. I took antidepressants and talked to a therapist every week. I had a full life with my husband of three years. Trips were ventured, friends gathered together, and there were plenty of nights on the town. Everything appeared fine from the outside.

It’s just that there’s this one single thing that I slowly began to notice until I could no longer deny its presence in my life. I was gay.

In my mind, being gay meant the destruction of the one thing that I thought kept the demons at bay: my marriage. I was in love and he had this uncanny ability to draw me out from the dark side. Being married to this wonderful person, I thought, would solve all my problems. So now to be gay, and lose him and all that he represented? I wouldn’t dare make that leap. To even think about it was too painful, too terrifying.

As I grappled with this realization about myself, the suicidal thoughts I believed I’d banished to my past came back. At first, they were fuzzy and abstract, but they began to get more specific and concrete. These demons became more difficult to wrestle and occupied more space in my head. I sometimes resorted to self-harm to help ease the pain of what I was experiencing.

I got far enough with my suicidal ideation that I finally shared all my passwords and bank account information with my friend Karen. I also gave her access to my online journal, and she noticed a very disturbing passage about how I had been hurting myself. The next thing I know, my brother knocks on my apartment door. “Is everything okay?” he asks. “Karen told me about what you wrote, are you sure you’re okay?”

I told him I was fine, but he knew me better. That Friday after dinner, my family—my parents, my brother, my husband, and my godmother—were gathered at my parents’ house. In front of everyone, my brother shared that he was concerned about my well-being, and that he noticed I’ve been having a hard time. Then he outed me, right then and there, announcing that I’m gay—revealing the truth that I had only ever written in my journal. Tears started to fall down my husband’s cheeks. He said, “Whatever makes you happy, Amanda. I’ll support it.” You’d think that would make my decision easier and lighten my load, but instead, I thought to myself, “I am one fucking terrible person.”

The self-harm got worse and more frequent after that. I was doing anything to take the edge off and dull the pain. Two weeks later, Karen finally told me, “Amanda, we’ve done all we could. You’ve done all that you could. You’ve seen your therapist, you’re taking meds, you’ve told your husband and your parents, and still it’s not working. It’s time, Amanda. I think it’s time you entered yourself into the hospital.”

It was there on the 11th floor of a New York City hospital that my social worker finally puts a name to what I’ve been suffering from most of my life. She begins to read each of the nine symptoms out loud, and with every symptom, I’m convinced she’s reading my biography. “Amanda, have you ever heard of borderline personality disorder?” she asks.

That moment changed my life. Receiving a diagnosis put me on the track to proper treatment (dialectical behavior therapy, which is designed specifically to help people with BPD) and with it, I begin to understand my emotions, my vulnerabilities, and most important of all, what to do when I am feeling suicidal—tools that I never really had before.

It’s been 13 years since I received my diagnosis. I continue to work with a DBT therapist and go to a group class to learn the skills I need to thrive. My therapist has been invaluable to me. She challenges me, keeps me accountable, and helps me build a life I’m happy to live as a proud gay woman. It took a long time, but once I was able to manage my symptoms, I was able to come to terms with the reality of who I was. It was so hard for me to let go of my husband, who gave me hope, stability, and structure—things so important to my mental health—but I had to first believe that I could be those things for myself.

Still, it hasn’t been easy. I continue to work through suicidal thoughts and urges. I have been hospitalized three additional times since my first hospitalization all those years ago. Although I sometimes see those as failures, I ultimately recognize that indeed, they were strides in the right direction. I’m still here, and that has to count for something.

You know what? Maybe that something is courage. People who have been through hell and live in a body and mind that conspire to kill itself are incredibly courageous for not only sticking it out, but for seeking the right professional help to keep them alive. Seemingly insignificant things like talking to the barista, going for a jog, holding ice in your hands, and yes, accepting help when you need it most, are courageous acts in the face of suicide. We must choose courage, no matter how difficult and painful the road ahead of us lies.

Amanda Rances Wang is a digital designer by trade, an advocate for those living with mental illness, and founder of a startup. She lives with her son in Long Island, NY.