Skip to content
City, Fashion, Yoga, You and your body 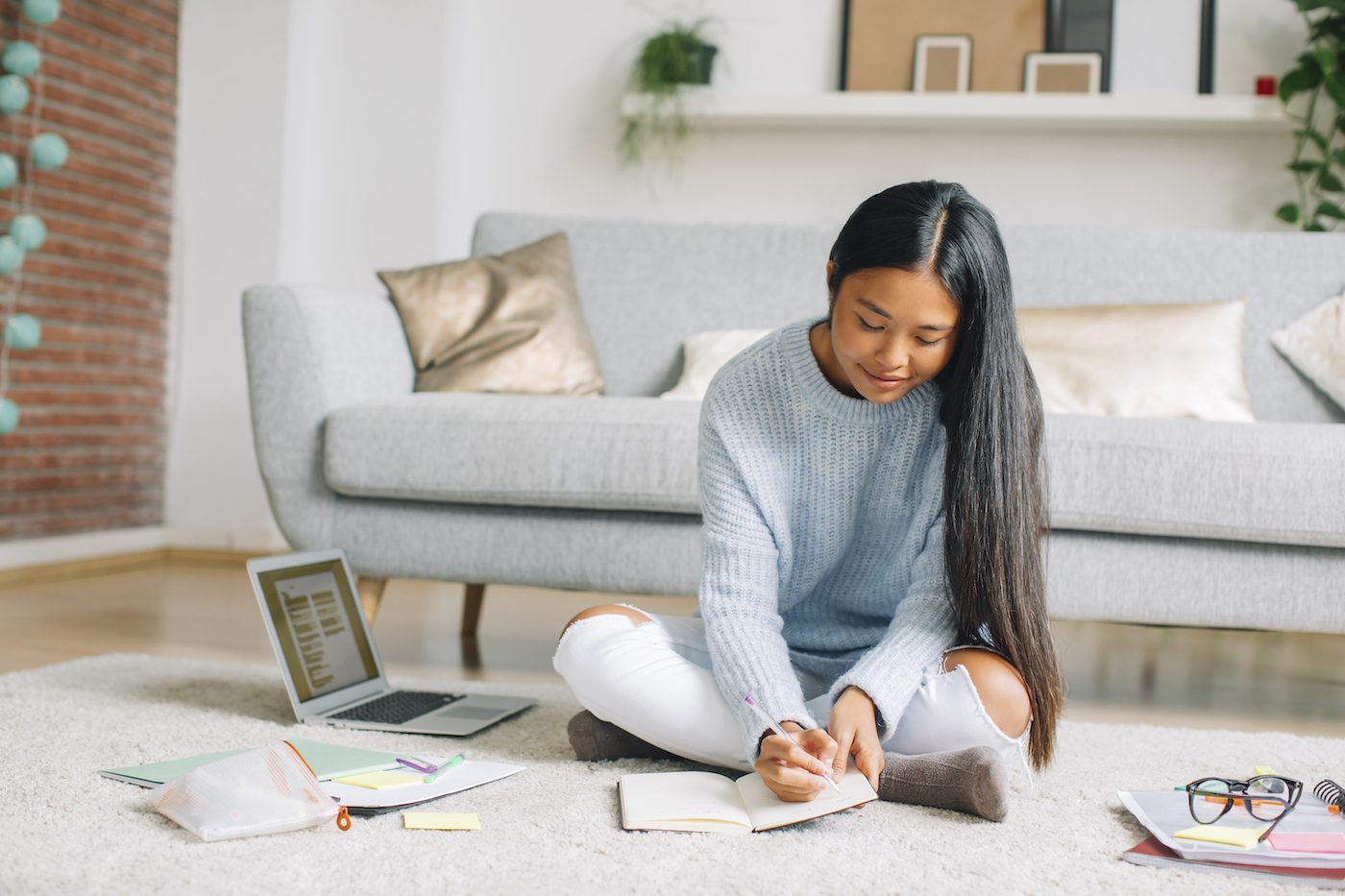 During my yoga teacher training, I was enthralled with the “Om” symbol, my one and only doodling muse. I drew it everywhere—in the margins of my notebooks, on my hands, in the sand at the beach—but I never stopped to think too much about the motivation behind such a repetitious act. That is, until graphologist Tracey Russell explained how to decode the meaning of doodles and what each style says about your personality.

“Doodling is proactive daydreaming, produced casually and unconsciously—often on auto-pilot—whilst the writer is busy focusing on something else at the same time,” says the handwriting expert. “Doodles are not intended for any particular recipient. This means that doodles are the complete free-flow of uninhibited symbols, ‘live and direct’ from the subconscious.”

Each doodle is like a secret map to your psyche. While most will begin with basic, universal shapes like a circles, squares, and triangles, how they evolve from there can paint a pretty interesting picture of the goings-on between your ears. “For example, drawings may consist of single objects, mini scenes, childlike scribbles, shapes or even complex patterns,” says Russell. They may be precise or slapdash, big and invasive, or small and insignificant. Many are repetitive but rarely look like works of art.”

At the end of the day, how you draw is as unique to you as your fingerprint or eye color. That said, Russell does have a few ideas for what certain doodling habits may say about you.

Curious about the meaning of doodles in your notebook? Here’s what they say about you

If you only draw in the margins of your notebooks

“People who doodle in the margins are finding space for mindfulness in the moment, as well as thinking out of the box. They may be bored, they may be feeling stressed and trying to unwind and relax, but they may also be highly creative types intent on plunging unconscious light bulb moments and drumming up creativity with unconscious brainstorming,” says the graphologist. If the sides of paper are your preferred doodling arena, you’re looking for pockets of creativity during otherwise yawn-worthy meetings, lectures, and so on.

If you draw specifically on the left side of the page, you’re likely an introspective, reflective person who spends a lot of time exploring the inside of your mind instead of thinking about the future.

So you can’t start fresh on a new day? Russell says it’s very likely that you’re a perfectionist (or, you know, a Virgo) who can’t move on without finishing what you started. “If they are unpolished gems—i.e., etched unconsciously—then you could be looking at layers of emotion reflecting a continuum of moods, thoughts, and feelings on a timeline,” says Russell. So if your cartoon cat starts with an innocent countenance on Monday, but morphs into a more vengeful jungle beast by Friday, consider what’s weighing on your mind.

If you find yourself practicing your signature

“From a professional perspective, your signature is the most important part of your handwriting because it represents you. Not necessarily the ‘real’ you, but the ‘you’ you wish other people to see,” says Russell. “It’s a bit of a pose!” Those of us who find ourselves drawn to perfect our signature may be concerned about how we appear to the outside world. “It reveals how the writer chooses to give people a sneak peek or taste of their persona or public image. They are practicing what they transmit character-wise, just the same as a fashionista would take care over what and how they dress every day.”

If you find yourself drawing the same images over and over

If you, like me, have become transfixed by a single visual, Russell says that it’s likely indicative of your identity or who you want to be. “People who draw the same thing reveal the dominant and influential aspect of their personality, behavior, and attitudes in life,” she says. It also indicates patience and perseverance toward meeting said goal.

If you retrace things that you’ve already drawn

“Retraced doodles are often a sign of being overworked and feeling stressed—particularly if the pressure of the pen on the paper is heavy. The writer may be locked into compulsive behavior patterns and/or gripped by obsessional thoughts. They may even be feeling guilty about something,” says Russell.

When a peek over your coworker’s shoulder reveals that they’re shading in their sunflowers, stars, and scribblings of city skylines, beware: Russell says they may be hiding bottled up emotions. “If the doodles are shaded or filled in, it can be an indication that the doodler is unhappy, worried, or anxious, and may have bottled-up anger, or even a lack of self-confidence. Depending, as always, on what else you can see in the drawing.”

How you make your bed and whether your prefer a window or aisle seat on an airplane also say a lot about you—FYI.