Real talk: How bad of an idea is the carnivore diet, anyways? 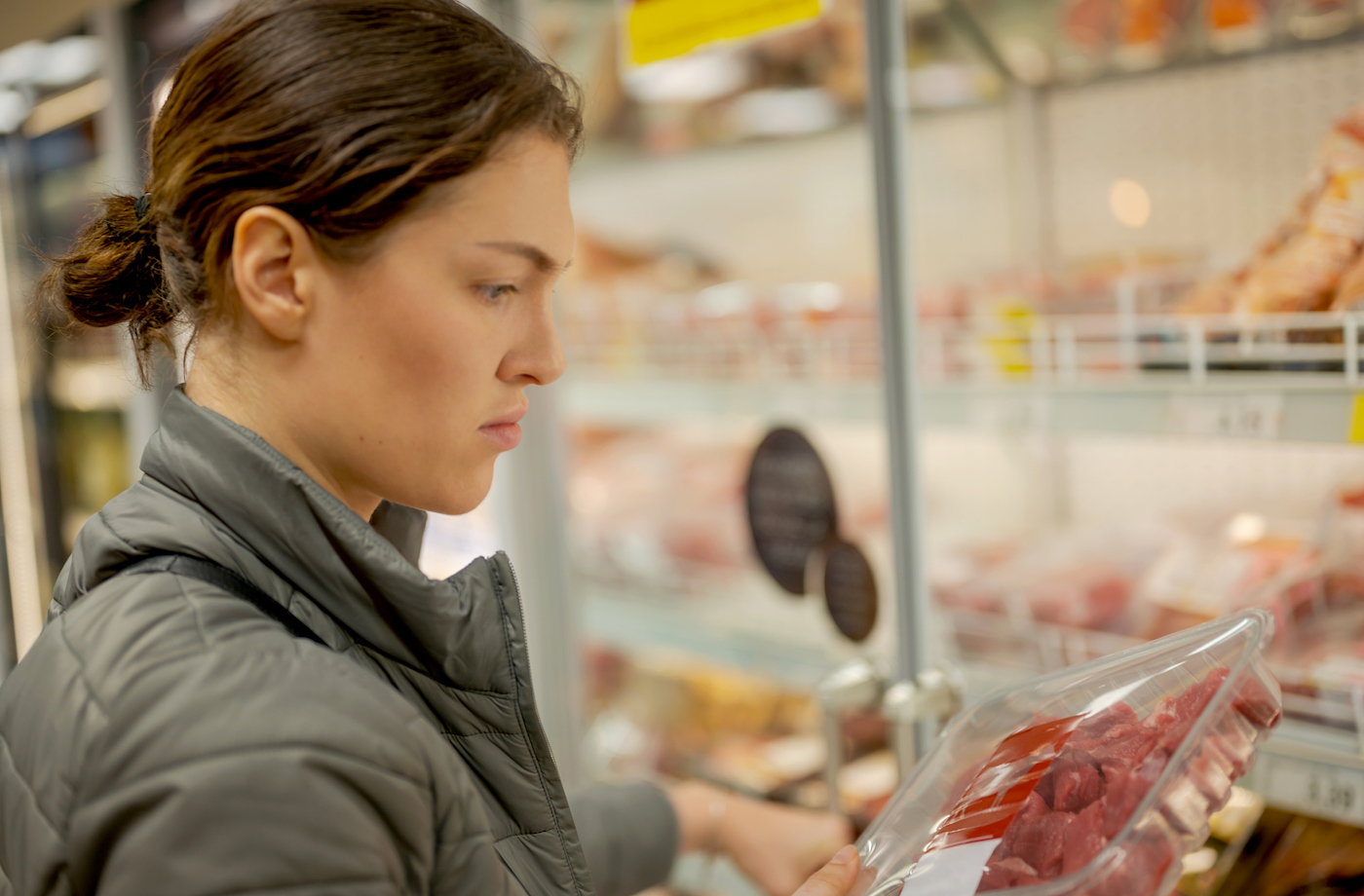 Just when you thought you’d seen every single conceivable diet trend throw its hat into the ring these past few years, people started Instagramming photos of their massive steak breakfasts and tagging #carnivorediet.

In the polarity of the current battle between bacon-endowed keto and the plant-based movement, I honestly don’t even know why I was surprised that something as obscene as the carnivore diet somehow became a thing. Of course some beefy dude on the internet is suggesting we should all eat all meat all the time.

But ever since I’ve learned of the existence of the carnivore diet, I’ve been just straight-up concerned. Hasn’t eating more plants (and less meat) been linked with significant health benefits by large-scale research? And isn’t eating lots of meat—particularly red meat and processed meat products—widely accepted to be, well, bad? Confused as all hell, I tapped a couple of experts who know a thing or two about nutrition for their takes.

You can probably guess what the carnivore diet is all about…

Yep, the carnivore diet is pretty much exactly what it sounds like: “a diet that focuses solely on animals and their by-products for sustenance,” says Keren Day, DC, a functional medicine practitioner at Eleven Eleven Wellness Center in New York City.

Unsurprisingly, the primary focus of a carnivore diet is meat—and all kinds of meat at that, including everything from fish to poultry to beef to organ meats. A carnivore diet meal plan can also include sides of butter and eggs (and mugs of bone broth). Some people who follow this way of eating also expand the variety of their animal product options by incorporating milks, cheeses, and yogurt, too, says Dr. Day.

Anything that doesn’t come from an animal, though? Off the table. “Fruits, veggies, nuts, seeds, and grains are all out,” Dr. Day says. Basically, eliminate the “gatherer” from the “hunter-gatherer” description often used to describe ancestral human eating patterns, and you’ve got the carnivore diet.

So, why are people eating only meat?

“Though general public health recommendations promote eating a lot of fruits and vegetables, and should do so, what gets lost is that certain people have issues with certain types of plant foods,” says dietitian Ryan D. Andrews, RD. “In some people, specific plant foods might trigger an immune response or digestive issues.” (Think FODMAPs, legumes…)

For these people, the frustration of trying to identify which foods trigger symptoms can push them to throw in the towel on plants altogether and opt for something like the carnivore diet.

“Since animal foods are, in many cases, dense sources of nutrients that can be readily used by the human body, people may experience a ‘honeymoon’ period on a carnivore diet in which their [digestive] symptoms subside,” Andrews says. After all, animal products can be rich in nutrients like iron, vitamin D, zinc, and vitamin K2, and are easy to digest.

Nutrition experts are far from sold on this eating plan

Though taking a brief break from potentially-irritating plant foods can bring relief to people with digestive and immune concerns, neither Andrews or Dr. Day recommend the carnivore diet.

“When I’m thinking about aspects of the diet that people can modify to promote longevity and optimal health, I’m looking for the minimal amount of animal products that’ll get the job done, not the maximal amount possible,” Andrews says. After all, while we have a plethora of scientific evidence supporting the benefits of a diet rich in plant foods, we don’t have the same for all-animal-food diets. (In fact, the researchers behind a 2013 paper published in the Permanente Journal suggest physicians talk to all patients—especially those with chronic health conditions—about the benefits of adopting a more plant-based diet.)

“Very few populations around the globe maintain diets of mostly animal foods—and typically do so only in climates in which you can’t grow anything—so for the average person is to eat only animal foods for an extended period of time is unknown territory,” adds Andrews.

Experts’ concerns don’t end there. Just a few other downsides to the carnivore diet include:

“Based on what we know about overall health, longevity, and disease prevention, eating plenty of plant foods makes the most sense for most people,” says Andrews. Plant foods contain a variety of beneficial compounds, including vitamin C, carotenoids, and more.

Since animal foods don’t provide many of these nutrients, certain deficiencies can start to crop up within just a month or so of nixing plants from your plate, according to Andrews.

2. You can kiss fiber goodbye, too

Fiber, which we know supports gut and cardiovascular health, helps reduce cancer risk, helps reduce inflammation, and even promotes healthy hair and skin, is also completely eliminated on a carnivore diet. (You can only get fiber from plants.)

“Fiber is an absolute cornerstone of overall health and well-being,” says Andrews. In fact, research published in the American Journal of Epidemiology has even linked higher fiber intake with a lower risk of death, whatever the cause. By nixing it, you’re not only setting yourself up for constipation in the short term—you’re increasing your risk of other health conditions down the road.

The American Heart Association recommends no more than six percent of your daily calories come from saturated fat, because overconsumption of saturated fat is associated with increased blood cholesterol and cardiovascular disease. And animal products, particularly red meat, have higher concentrations of saturated fats compared to most plant products. Though saturated fat may not be a serious concern when it comes from a variety of plant and animal foods within a healthy, balanced diet, increased intake on an all-meat diet may have a different impact, says Andrews.

Though the carnivore diet may glorify bacon as its own food group, consuming a lot of processed meats can actually worsen the long-term impact of an all-meat diet on your health.

“Many processed meats, like bacon, are preserved with sodium nitrate,” says Andrews. Not only is excess sodium problematic for long-term health, but, when combined with amino acids (which are found in meat) in the body, nitrates can turn into carcinogens, chemicals linked to cancer. This isn’t something for a person who only eats small amounts of these foods to worry about, but when they become a mainstay of your everyday diet…that’s a different story.

The added downsides of conventionally-raised meat

In addition to the nutritional implications of swapping out plants for animal products, there’s another important layer to the carnivore diet worth considering: the environmental impact.

From a sustainability perspective, Andrews finds the notion of further increasing the demand for animal products incredibly troubling. “We are already squeezing the Earth for all of the resources it has, and we’re running out,” he says. “We don’t have enough land, water, and soil to produce more animal products.” (A friendly reminder that meat and dairy industries produce 60 percent of the agriculture industry’s greenhouse gas emissions, and beef production in particular produces 13 times as many greenhouse gases as vegetable proteins.)

Not to mention, the widespread use of antibiotics in the U.S.’s conventional farming model has also significantly contributed to the development of antibiotic resistance (which the World Health Organization identifies as “one of the biggest threats to global health and food security today”), says Andrews.

“The source of our animal products is extremely important,” says Dr. Day. “Not all animal foods are created equal, and if you’re going to put this much into your body, grass-fed, grass-finished, free-range, and organic should be a major priority.”

Meat can certainly be part of a healthy diet in moderation, but it shouldn’t be the only component of anyone’s diet. If you absolutely insist on trying a carnivore diet to ease immune or digestive issues, remember to consider it only a short-term strategy and to proceed under the supervision and guidance of a health professional, says Dr. Day. But in general, most health experts have serious beef with this eating plan, and for good reason.

Speaking of other iffy meal plans…you should really think twice about the “OMAD” diet. Instead, check out the healthy eating gold standard that is the Mediterranean diet.