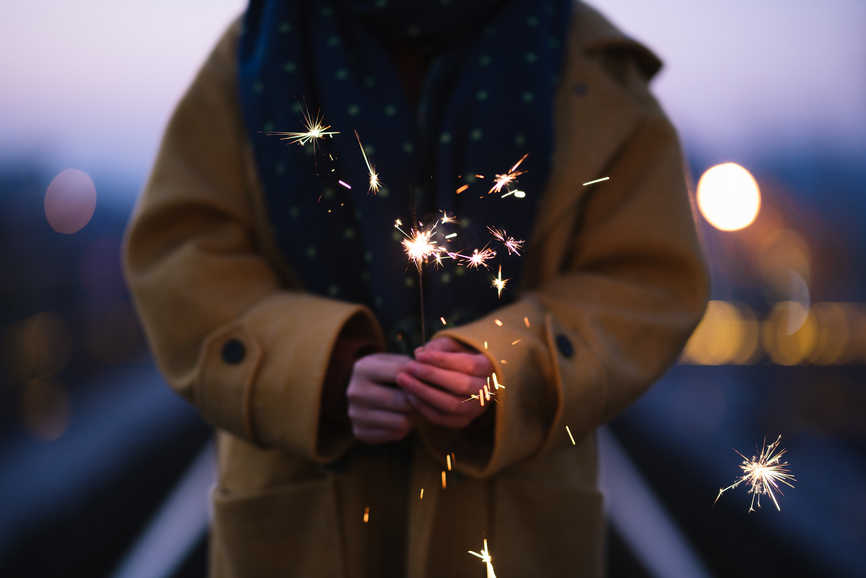 Lunar New Year arrives January 25. With it, out goes the Year of the Pig and in comes the Year of the Rat, the first year in a brand new 60-year cycle. “This is going to be a big point of transition,” says doctor of Chinese medicine Noah Rubinstein, DACM, LAc, of The YinOva Center. “There’s a lot of change presumably on the horizon.”

If “Year of the Rat” looks unappealing, it’s only because you’re viewing it from a very Western perspective. “The story [of the Chinese zodiac] goes that the emperor called all the animals to the palace, and the order that they arrived in would be the order of the zodiac,” he says. “[In the story], the rat rode on the back of the ox, and just as they were getting close, jumped off and bolted ahead.”

According to Rubenstein, this anecdote illustrates the admirable characteristics of a rat. “Right from the beginning, we get the sense of the rat as being clever and resourceful and taking advantage of opportunities others might not see,” he says. “That’s sort of what we understand rats to be like—they’re quick, they’re alert, they’re full of energy, and they adapt to changing environments and circumstances.”

In addition to being assigned an animal, each year in the Chinese calendar is also assigned an element. “This year’s is metal, which is important because it is the element of clarification,” Rubenstein says. In a metal year, ambiguity gives way to a more black-and-white way of seeing the world. “So we use metal as a way of making sense of what the reality of our situation actually is,” he explains.

Taken in combination, the rat and the metal send a message to heed in the year ahead. “We’ve got the rat, which is energetic, clever, industrious entrepreneurial, and quick and responsive, but we also have this idea of metal wherein amongst all of that stuff, we don’t want to do things just randomly, we want to bring an understanding of ourselves and all the things we’ve learned over our lifetime to make good choices,” Rubenstein says.

What to expect in the Year of the Rat

1. Be discerning among the frenzy of possibilities

As mentioned above, there’s going to be a lot of action this year, thanks to the rat, and because rats often make decisions with their guts, they can act too quickly and get themselves into exhausting situations. Rubenstein cautions against taking on too much and spreading yourself too thin and argues for measured action instead. “We want to be deliberate,” he says.

This advice may extend to your fitness and diet protocols for 2020, too. “A lot of people are also looking, especially in the new year, at different sorts of health programs, whether it’s a different diet or different exercise programs—they’re kind of scurrying around for all the different things they can do for themselves,” he says. “And again, we don’t want to push it.” Instead, he advises making educated choices and sticking with them.

Rats are not robust creatures, and Rubenstein tells me that because they’re so energetic and active, they can wear themselves down. “Rats are always moving and on-the-go, and ultimately that can come at a bit of a cost,” he says. “They’re prone to fatigue and can get sick easily.”

Self-care is especially important this year. “Seeing a doctor is also not a bad idea, especially if something is going on or just for the sake of the clarity that metal gives us,” Rubenstein says.

Rats are super entrepreneurial and make for good leaders, but Rubenstein cautions that “none of us are an island.” While this year may bring out the boss in us, it’s important to connect with others and be a team player as well. “We want to be leaders, we want to be entrepreneurial, but we want to find that sweet spot where we’re cultivating a community,” he say. “This could be colleagues, this could be family—especially if you work with family—and what this means is if you are successful, giving some thought to where you’re reinvesting the spoils of your efforts.” In other words, he says, don’t spend your profits on yourself but rather reinvest them in your business, employees, or community.

It’s also important, he says, that we pay attention to the ways in which we’re communicating—or not communicating—with those around us, since rats aren’t great at clear, in-depth communication. “Be open to other peoples’ ideas—don’t just be a blind, bossy leader, no matter how good you are at it,” he says.

4. Prioritize your home base

Rubenstein tells me that rats are wanderers and explorers, so more adventurous impulses may surface this year, which are important for us to explore. “But we want to make sure we have a home base,” he says. “We want to cultivate our wanderlust and our interest in other things and explore, but we don’t want to do that if it comes at the expense of the real commitments we actually want to have.”

One of the ways you can think of this is in terms of work/life balance. “You can grow and be entrepreneurial, but if it starts to take away from the really meaningful stuff in your life, that can be problematic,” he says. “And again, this is where metal comes in, because metal helps us clarify where we want to find these balances.” It’s about creating boundaries, Rubenstein says, especially when we have this wandering animal as our guide for the year. “Know when to go home, turn your phone off, and so on,” he says.

Now is the perfect time—and an important time, says Rubenstein—to find clarity around your values. “We have an election coming up, we have issues from the environment to politics to social issues (class, race, gender)…these are all things that every one of us have to get a sense of where we stand on and what’s important to us, and that’s the metal coming in,” he says. “But the rat part of that is understanding the landscape, traveling around, asking questions, and learning things that are important to us.” In other words, the rat is out there getting all the information, and the metal is helping us discern what it all means to us.

The stakes are high, Rubenstein says, and it’s on all of us to figure out where we stand on things ASAP—which is why it’s fortunate this is such a good year for doing so. This seems like an important year for all humanity to make the right decision to that end, so perhaps that it’s all happening under ideal circumstances in the Year of the Rat is a good reason for optimism (at last!).

Want more insight into the year ahead? Check out 2020’s significance from a numerology perspective and/or find out what it means, from an astrological perspective, that 2020 is the beginning of the “Great Transformation.”