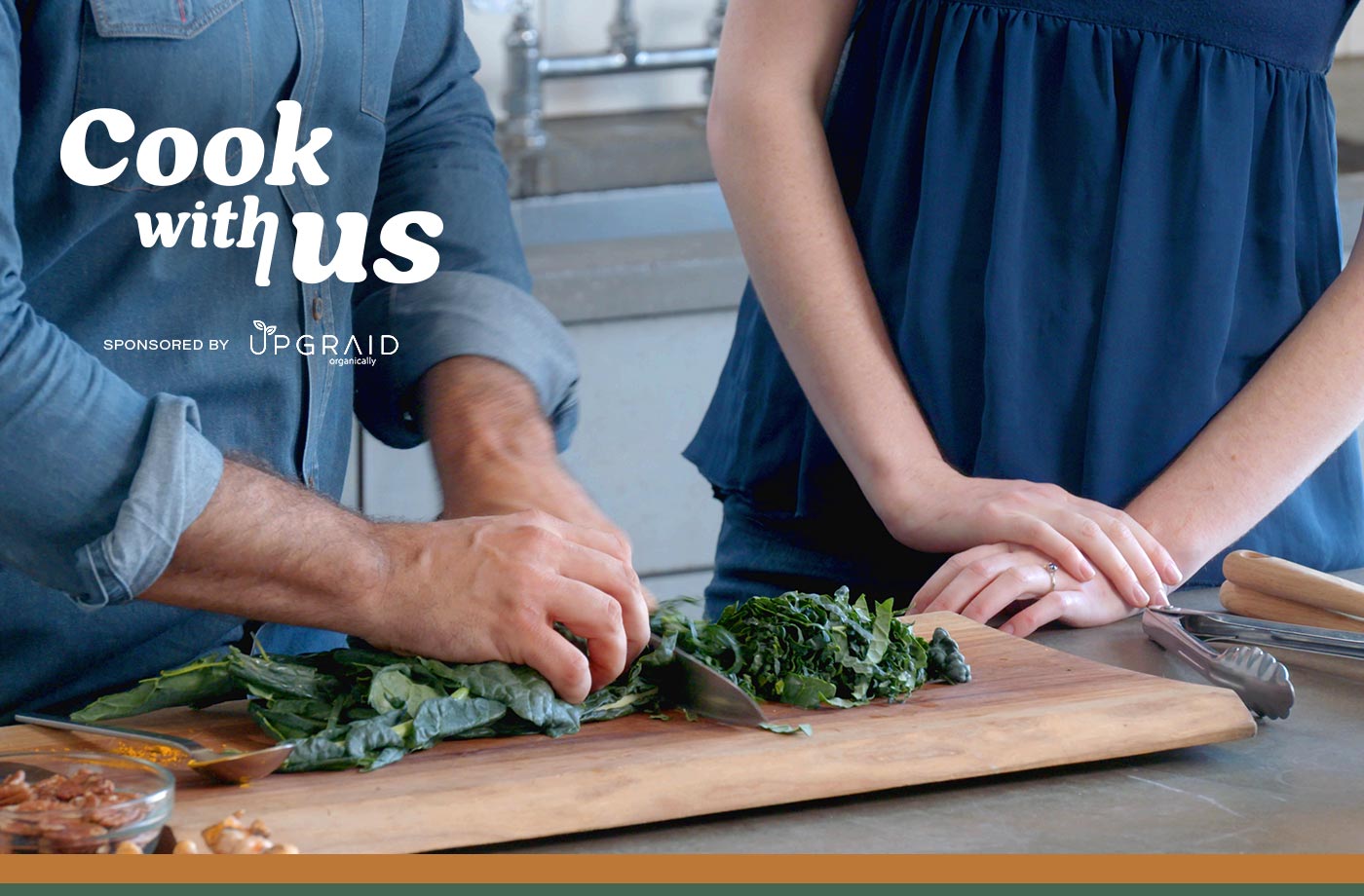 Hot take: Salad dressing is the differentiator between a homemade salad that tastes like you paid $20 for it, or a bland bowl of greens you’re ready to toss in the trash after a few bites.

But if you’ve been nervous to try your hand at homemade dressings (PSA, the store-bought stuff can often contain lots of preservatives and gums), it’s really not as hard as it might seem.

On our latest episode of Cook With Us, senior food and health editor Jessie Van Amburg challenged Sam Kass—cookbook author and former White House chef to the Obamas—to whip up an anti-inflammatory meal in less than 30 minutes, and the star of the show was his five-minute turmeric salad dressing.

Why all the hype over a salad dressing that doubles as an inflammation fighter? Because Kass believes that food is the foundation of our health.

The dressing is made using just six ingredients—olive oil, lemon juice, turmeric, mustard, ginger, and garlic—and can be used on a variety of dishes, which Kass illustrated by sharing not one, but two salad recipes that are veggie-packed conduits for slurping up the golden topping.

Why all the hype over a salad dressing that doubles as an inflammation fighter? Because Kass believes that food is the foundation of our health. “The best medicine we have is the nourishment we get through the foods we eat,” Kass says. “Inflammation is one of these things that is a root cause of so many conditions that people are facing, and food actually is a big driver of that.”

Kass recommends integrating turmeric in your diet whenever you can (so go ahead and drizzle this dressing over everything), but he’s also a fan of tapping into its anti-inflammatory benefits via supplements like UPGRAID

, which uses organic turmeric to help reduce inflammation and promote workout recovery. “It’s really had a huge impact on how I feel every day,” he says. Consider the golden root a boost for your health and your lunch.

Watch the video above to get the recipe for Kass’ anti-inflammatory salad dressing, plus learn more about how you can fight inflammation using food.