Like a rom-com protagonist, I told my best friend I was in love with him 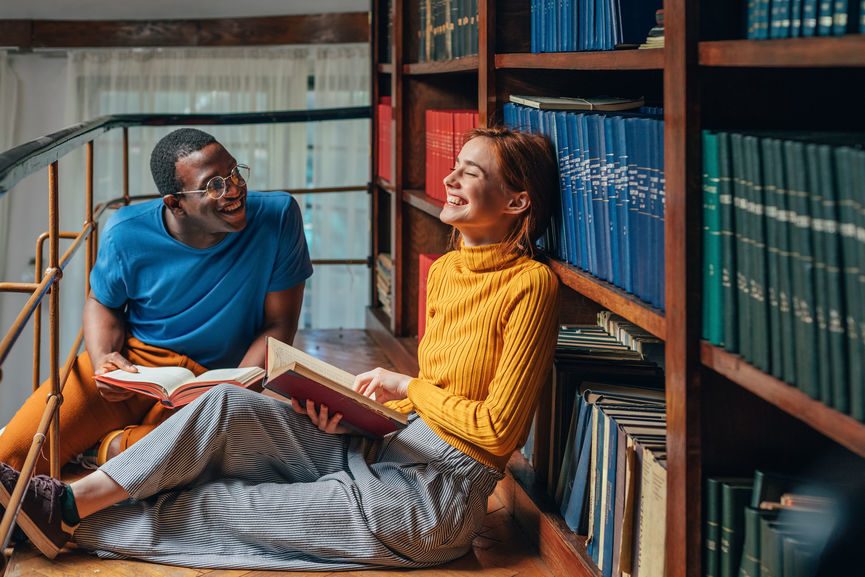 Few love stories appeal to me so much as do those centered around best friends-turned-lovers. In my cynical mind, something about the level of intimacy, of authenticity, that exists in friendship makes love feel less hormonal/doomed when it blooms between them than when it does between strangers. Harry and Sally knew each other, really knew each other, before they fell in love. All the warts were on display and yet they still chose to be together. That’s the kind of relationship origin story I have always craved, especially as an introvert, and it’s become ever more appealing in the era of smoke-and-mirrors internet dating.

The stage was well set for me to get this, my version of a fairy tale, back in college. After my older boyfriend moved to Japan post-graduation, his friends adopted me into their circle. One in particular became my bestie, acting as a big brother figure of sorts as I finished college. We partied together, served as each other’s wingmen as well as plus ones, supported each other through tough moments, and shared friends and family with one another until our lives were very much intertwined. It was lovely, but it wasn’t love.

When I fell in love with my best friend, it hit me like a ton of bricks—suddenly.

Until, one day, it was. For me, at least. When I fell in love with my best friend, it hit me like a ton of bricks—suddenly. I absolutely pined for the guy, even though he was right next to me, and I wanted our non-sexual sleepovers to become R-rated, stat. When at last one did, I thought it was the beginning of something new. So I told him I loved him, with certainty and flourish, as one would see done in a movie. I was confident he felt it, too, so I had no trouble walking out onto a limb with heart in my hand.

Unfortunately, he did not. Feel it too, that is. In fact, he flat out said he did not love me, at least not romantically.

I was so heartbroken by this news (and, embarrassed) that I moved from Los Angeles to New York pretty much immediately. He then got a roommate, became good friends with her, and eventually told her he loved her. They got married. I got a drinking problem. I can still remember exactly where I was standing when our shared best girl friend called to tell me he was engaged, the way people recall every detail of the moment JFK was shot. It was that traumatic.

He was the only person I’d ever wanted to marry, and I was certain that meant he was the one I would marry.

A few years later, however, he was back on the market nursing his own broken heart. Our friendship rekindled and we once again became party partners and wingmen, even though I was hardcore faking romantic disinterest. He was the only person I’d ever wanted to marry, and I was certain that meant he was the one I would marry. The first wife had just been a thing he had to go through to get back to me.

So, one Thanksgiving of many spent with his family, I went out on a limb again. I held up a proverbial boombox at exactly the point in the third act of the movie where the pursuer gets the pursued. It was our time, at last!

My romantic declaration was met with something akin, in my mind, to horror, and deflected with a speech about how I deserved to be with someone who loved me the way I loved them. Humiliating reassurances that “he was out there” were lobbed in my direction.

I didn’t understand. We were perfect for each other. We could be ourselves together. We’d shared a decade’s worth of experiences both good and bad. Our social circles had blended into one. The wedding I’d planned in my mind for the last 10 years would’ve been magical, the natural conclusion everyone in our lives had been waiting for. Except, apparently, for him.

This time, our friendship ended. In fact, that was the last time I spoke to him until recently. On a hike, I ran into him, his new wife, and their new baby. If you’re thinking, “Phew, this must be the point at which her dignity finally takes the wheel,” you’d be right. And wrong. I no longer feel the way I once did, but every so often I think about the time I joked, before he’d ever been married, that I was certain I’d be his third wife. Fingers crossed? Just kidding—but only if you want me to be.

I wish this story had an ending more like a fairy tale,” i.e., I got the guy. Or better yet, that at some point he’d realized his mistake and come back and gotten me. Still, I don’t regret following my heart and going for it, despite a rejection some might consider embarrassing. After all, I say this to my friends often as it’s necessary reminder in the too-cool-for-school Los Angeles singles scene: There’s nothing embarrassing about loving someone. And while he wasn’t the love of my life, I know he was right—my love is out there, and I do deserve him to feel the way about me that I feel about him.

There’s nothing embarrassing about loving someone.

In the aftermath of all this heartbreak, I did decide to stop trying to turn a friendship into an epic love story and am now looking for a love story to turn into an epic friendship instead. Life isn’t a movie, after all, and just because something would make for perfect plotting doesn’t mean it’s the real deal.

With that said, I will definitely be the first person to show up at my ex-bestie’s wife’s funeral in 50 years. Just kidding—but only if you want me to be.

Speaking of “meant to be”, here’s what happened when one writer chose dates based on zodiac compatibility alone. Plus, can hypnotism cure heartbreak? Another writer finds out. (Does it work on romantic delusions? Asking for a friend.)