Would you let your partner follow your location 24/7? These people do 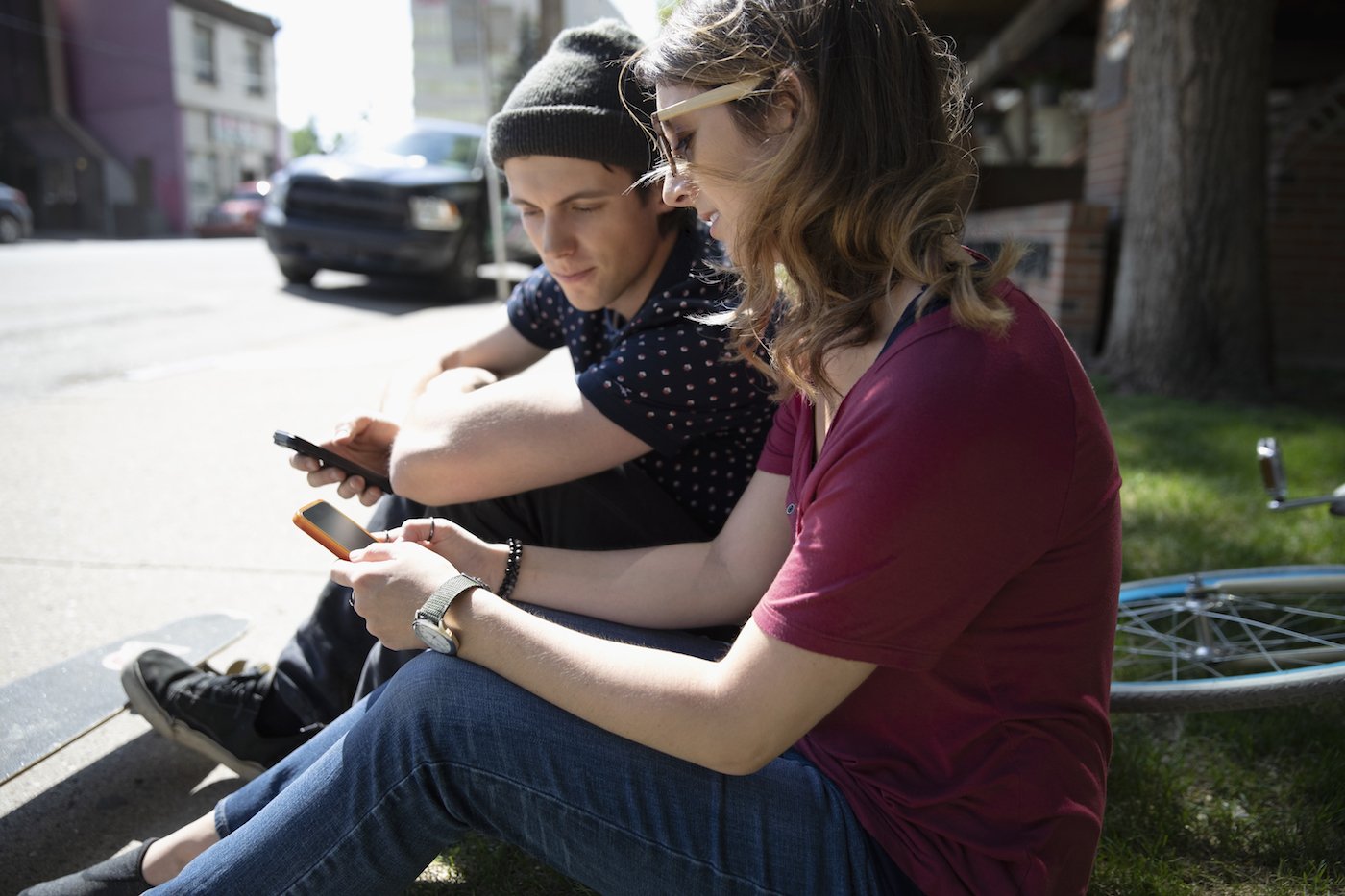 Shortly after Sahra Sajasi met her boyfriend, they went to a festival together. Since getting separated from your date in a crowd is categorically the worst, the pair wisely decided to add each other on Find My Friends—a mobile tracker app that comes preloaded on iPhone—just in case. Fast forward two years, and they still haven’t turned it off.

Now, Sajasi says they occasionally use Find My Friends to check in on each other’s location for practical reasons. “We’re long-distance—[he’s in] London and [I’m in] Los Angeles—and if he doesn’t let me know he got home safely after a night out with friends, I might go into the app and just check that he made it,” she says. “We’ve also used it to see how far away we are from each other when one of us is driving or using public transportation. It’s sometimes easier just to check the app instead of waiting for a reply… and it’s also exciting to see our little icons get closer to each other when we’re used to being 5,000-plus miles away.”

Sajasi and her S.O. certainly aren’t the only couple who are tracking each other’s moves via GPS technology—chances are you know someone who does the same, even if they don’t talk about it. Valerie Beesley and her husband use Find My Friends to streamline school pick-ups and drop-offs for their son, while cutting down on incessant text volleys. “The app actually helps reduce messages about when we’re getting home or when we’ll be in a certain neighborhood to meet up,” she says. “It’s a small thing that makes a huge difference, prioritizing the quality of how we communicate over logistics details.”

Raylene Taskoski also uses Find My Friends as a way of cutting down on screen time with her chatty husband. “It’s improved my relationship with my husband because when I’m out doing things or traveling, I don’t like to stop and talk on the phone,” she says. “Even before cell phones, he used to call me all the time [to find out what I’m doing]. Not in a stalker-y way, he just likes to connect.” Now, he can just look at the app and see what she’s doing. And for Jessica Goble, the app allows for more spontaneity with her partner—she checks it to see when he’s at his office so she can surprise him with lunch or a coffee. “If I had to ask his location, it wouldn’t be a surprise,” she points out.

Of course, some people may be sketched out by the idea of their partner being able to see where they are at all times—even if they have nothing to hide. (Where my avoidant attachers at?) But for others, experts agree it can be a positive thing. It all depends on the couple. “Emotionally, people like to have an idea of where people are,” says Marianna Strongin, PsyD, clinical psychologist and founder of Strong In Therapy. “As kids, the reason we feel safe at school or camp is because we have a sense of where our parents are. We can imagine them at work, we can imagine them at home, and we can go back to doing what we’re doing. In adulthood, with people being ultra-connected, some are finding they still want that.”

Jane Greer, PhD, adds that it’s also totally healthy for couples to check in on each other’s locations if they’re doing it for safety—say, when one partner is traveling alone—or functional reasons, like to plan a night out. “Some people are not pro-phone. They’re not going to be in touch,” says Dr. Greer, marriage and family therapist and author of What About Me? Stop Selfishness from Ruining Your Relationship. “As long as both partners are comfortable with it, it makes sense.”

Dr. Greer says that there’s another, more surprising benefit to giving one’s partner open access to their location: It can be a good way to rebuild trust after it’s been broken, like after an infidelity. “[The unfaithful partner] may say, ‘Look, you can see where I am all the time,’” she says. “In those cases it’s really helpful and can be an important component to healing.”

How to set boundaries around mobile tracker apps

Despite the aforementioned benefits to GPS tracking apps, there’s a fine line between healthy and unhealthy location sharing—and one can easily veer into the other if boundaries aren’t in place.

For one thing, says Dr. Strongin, mobile tracker apps shouldn’t be relied upon as a tool for managing generalized anxiety about your partner’s wellbeing. “With anxiety, it’s really important to develop the coping skills to calm yourself down,” she says. “If you’re looking at apps to tell you that everything’s okay, you’re not really relying on your own coping mechanisms.”

She adds that apps like this can also fuel anxious behaviors in someone who’s prone to them. “Anxiety comes from a place of not having control, so we get a taste of this control and then we want more,” she says. “We want an explanation. We want timing. We want details of who you ran into on that walk.” This intense need for security can cause partners to feel like they always need to be accountable to the other, and can take away from the sense of autonomy that Dr. Strongin says is so important in healthy relationships. “It’s almost like having a parent in some ways,” she says.

And if one person wants to use a mobile tracker because they don’t believe their partner’s being honest about their whereabouts, that’s another red flag. “If it’s coming from a suspicious or mistrustful place, it can be indicative of problems in the relationship,” says Dr. Greer.

Both experts agree that it’s important to set parameters around location tracking, especially if one person in the partnership is wary about it. Dr. Greer suggests discussing ahead of time when checking the app is okay—say, when it’s time to pick up the kids from school or when meeting in an unfamiliar neighborhood for dinner. “That way, the person being tracked experiences it as help or support, as opposed to [distrust] and control,” she says. Dr. Strongin also recommends putting time limits on tracking if you find it’s interfering with your relationship in a negative way, such as following each other during a vacation and then disabling the app when you get home.

But ultimately, every couple I spoke with says that mobile tracker apps have only impacted their relationships for the better. “It’s helped by affording us each a reassurance that one of us is on the way, or delayed, without either one of us needing to call or check in,” says Beesley. “I can remember a guy friend of mine once thinking that the ‘tracking’ aspect of it was something he may not be comfortable with himself, but at the end of the day, we are happy knowing that the other is safe and not derailed someplace that’s out of the way.” Starting route to… peace of mind.

Prone to catastrophic thinking? You’re not the only one—who doesn’t expect the worst when they get an out-of-the-blue phone call from home? And if pessimism is your M.O. all the time, here’s how to help yourself look on the brighter side.