Memorize this one phrase to stop boundary-crossers in their tracks 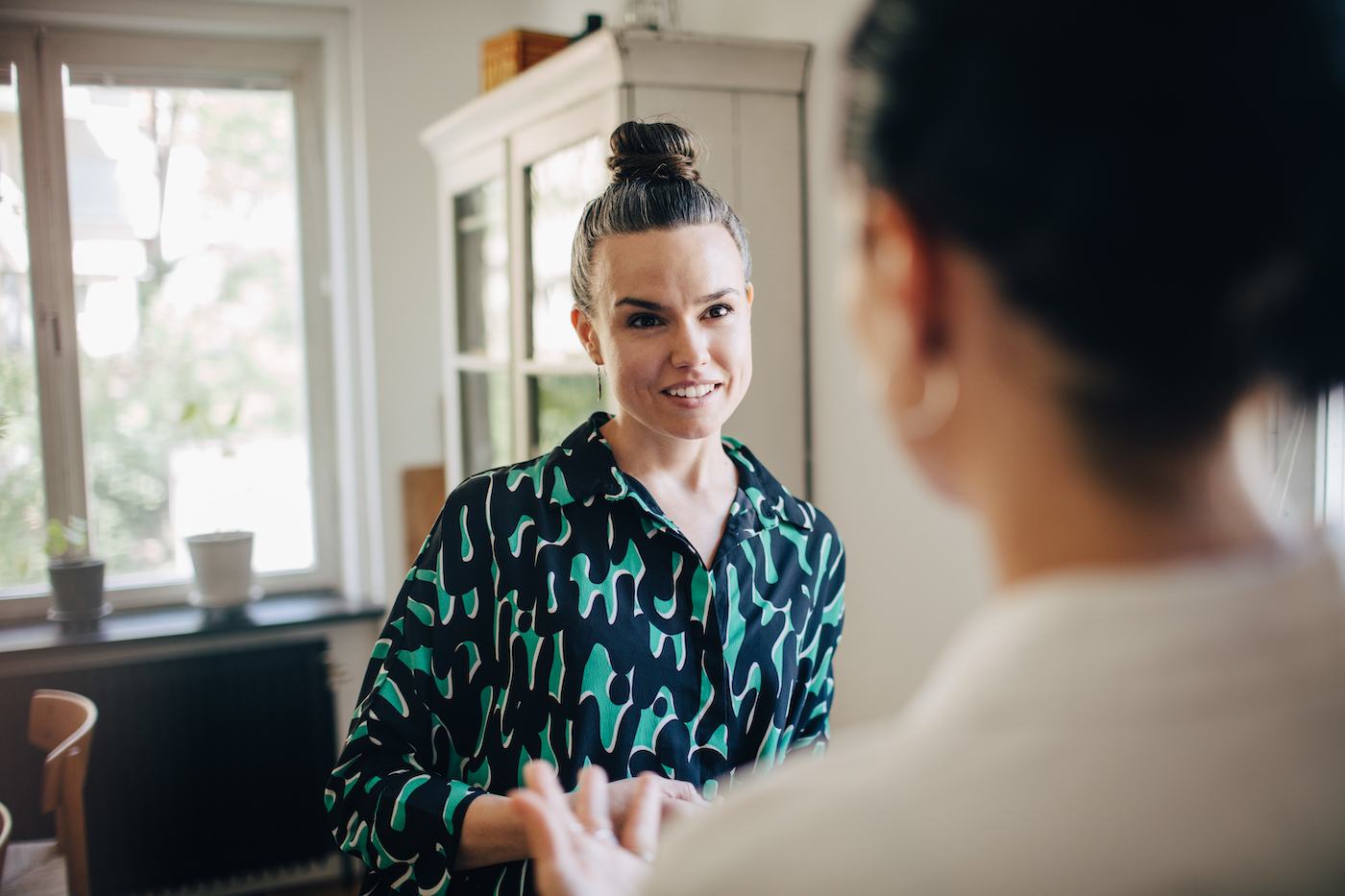 When someone treads all over my clearly-drawn boundaries, I’m usually too shocked to speak for a moment. (Like, I’m sorry—did you really just ask my salary on a first date?) The truth is, these kind of over-the-line conversations are inherently awkward. Try as you might to normalize them, play it cool, and move on, people sometimes need to hear the this-so-isn’t-your-business talk. But that doesn’t mean you have to raise your voice or make a dramatic exit that involves throwing a drink. Instead, psychologist Gail Saltz, MD, recommends a swift (yet effective) backpedal out of the conversation.

Now, when someone derails perfectly polite chit-chat by being nosy, your initial reaction might be to say: “That’s a nosy question.” Dr. Saltz suggests an alternative route. “The best way to stop someone without making them so defensive that they either lash out or deny they are doing anything is to say that you are feeling uncomfortable with the inquiry or statement, rather than that they are doing something wrong,” she tells me. “Saying you feel uncomfortable, or hurt, or on the spot lets them know you wish to stop but doesn’t attack them in any way.”

When you leave the accusation out of your statement, the psychologist says that—most of the time—people will internally realize that their bold line of questioning just teetered into inappropriate territory. “Sometimes people cross a line because they are truly trying to be helpful, sometimes they are socially clueless, and sometimes they are trying to be passively aggressively hostile,” says Dr. Saltz.

Unfortunately, regardless of their motivation, there’s always a chance they won’t back off after you offer up the fact that you’re uncomfortable. Should that be the case, it’s time to put your foot down. “It’s ok to flatly say, ‘I think we should stop this line of conversation,’ period,” says Dr. Saltz. “You can then try to bring up a different topic, or, if need be, leave the scene for the moment and hope to regroup later.” After a cooling off period, you can write to them or talk to them in person to set hard conversation limits. Like, “I’m not comfortable with talking about ____________ at the current time.”

Beyond this point, it may be time to cancel your relationship with this particular person. After all, bullies come in all ages—and someone who pays no mind to your feelings certainly falls under that category.

While we’re on the topic of shutting down toxic company, here’s how to stop a liar mid-sentence. And what to do if you come face-to-face with a narcissist.