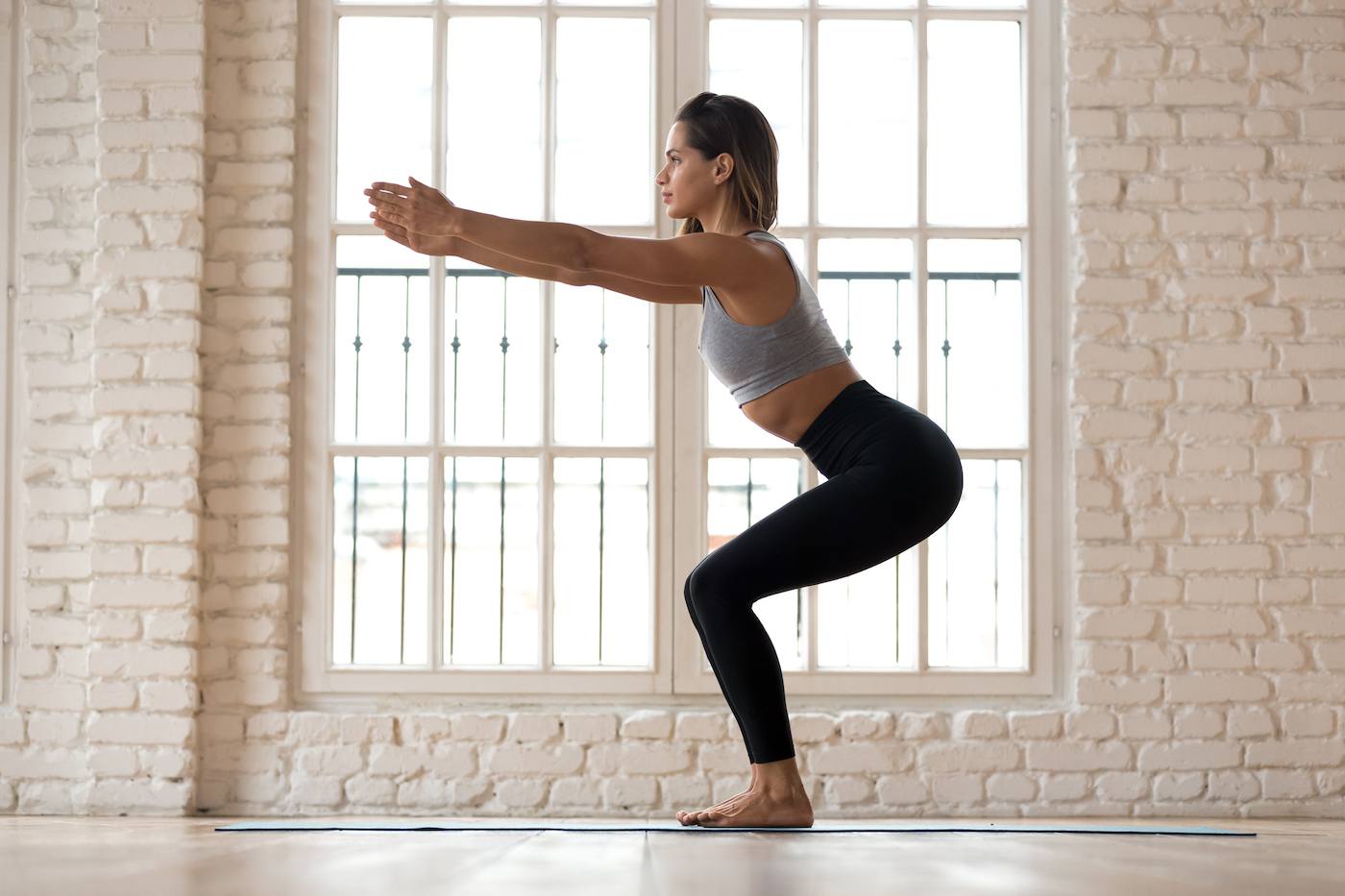 For those of you who think that yoga is all calm, slow, relaxing movements that don’t make you sweat or get your heart rate up, sun salutations can prove you wrong. These vinyasa sequences happen in the beginning of your flow, and are basically the cardio part of your yoga practice (yes, yoga can count as cardio). While all variations of these salutations can be challenging, it’s sun salutation B, specifically, that gets your body ready for certain poses you’ll be doing later on.

In a yoga class, you may be doing sun salutations A and/or B or neither—it depends on the parameters of the class and what the teacher’s preferences are. “It really just depends on the method being utilized,” explains Kick, noting that sun salutation B is all about energizing the body and connecting movement with breath. “Sun B builds heat and often involves warrior poses that open up the hips and supercharge the lower body.”

Sun salutation A incorporates fewer poses than B. “Sun A tends to be pretty simple,” says Kick. “They are sort of like the yoga version of a burpee. Sun Bs layer in additional postures and can be used to prep for something else that might take place later in the sequence.” She notes that in a classic sun salutation B, you’ll be doing warrior I, but some modern styles of yoga have adopted sun salutation B to mean any right-left series of postures that moves at a breath-to-movement pace linked with chaturanga transitions between sides.

An example of how sun salutation B can prep your body for future moves is to do twists that warm up your spine for later. “If I know I’m building towards a challenging twisting posture, I might layer in a twisting chair into the sun B to prepare the body,” says Kick. “If I’m going to do a deep side body opening peak pose, I might layer in an extended side angle to my sun B.”

Whichever sun salutation you’re doing, you’ll be moving through the sequence several times. “Both sun As and Bs are done with repetition,” says Kick. “Often a teacher will guide the first round slowly, holding each posture for anywhere from two to three, upwards of five to eight breaths. Then, they might offer it more from a breath-to-movement pace for a moving meditation.”

Try this sun salutation B flow from Kick

1. Start in downward dog and transition to the top of the mat for a short, symmetrical flow, often involving chair, followed by a chaturanga transition.

2. Build out a right side sequence of poses—think warrior one, warrior two, reverse warrior, triangle, etc.—that link together logically and fluidly, and move with the energy of inhale and exhale. Inhale equals length, upwards energy, and exhale equals depth, downwards energy.

3. End with a chaturanga transition, then repeat again on the left side.

4. Go through the first set holding postures for a few breaths, then repeat the flow two to three additional times at a consistent breath to movement pace.

And be sure to watch our guide to doing sun salutations the right way, below.

If you’re new to flowing, here’s a 7-minute beginner yoga flow to get you going, courtesy of former Trainer of the Month Val Verdier. You can also try this 10-minute standing yoga flow to help with your balance and posture.