Home births are risky. Why are more women choosing them? 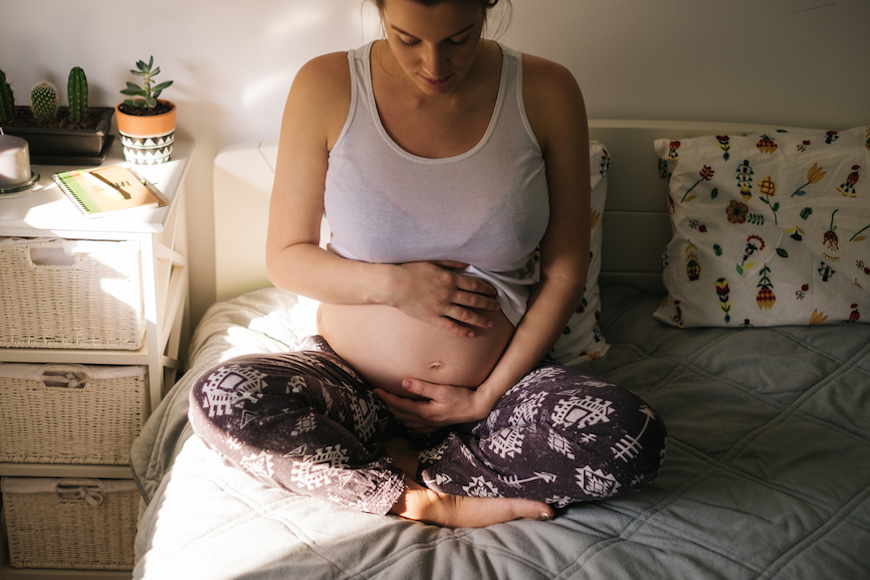 If you run with a wellness-minded crew, home births are likely something you’ve talked about with your friends—or seen an influencer discuss on social media. Because choosing to give birth at home is not necessarily a thing reserved for the most crunchy-granola of us anymore: A recent study published in the journal Birth reported that at-home births are on the rise.

However, the medical community is not necessarily enthused by the uptick in out-of-hospital births—primarily because of safety concerns. One 2019 report found that 60 percent of home births between 2016 and 2018 were considered high-risk, and the American Council on Science and Health says the rate of infant deaths is triple for at-home births than hospital births.

The medical community is adamant that giving birth in a hospital is the safest way to go. Yet in the deeply personal calculus that goes into choosing how and where to give birth, a small but growing number of women have decided that their best birthing option lies at home. Why?

“Nature is not benevolent, it’s brutish”

Amy Tuteur, MD, a former clinical instructor in obstetrics-gynecology at Harvard Medical School, is adamantly against home births. She says giving birth is inherently dangerous, pointing to a statistic from the Centers of Disease Control and Prevention that shows that in 1915 (just over 100 years ago), an astounding 10 percent of all babies died within the first year of birth. And for every 1000 live births, six to nine women died of pregnancy-related complications. Those rates rapidly improved throughout the 20th century as living conditions improved, people gained regular access to healthy food and clean water, and medical treatments advanced. But the reality remains that complications can still pop up during birth that can make the process risky for mom and baby.

“There is a fantasy of how things are in nature,” Dr. Tuteur says. “With ‘natural,’ home birth, many people are longing for a past that never existed. In many women’s minds, nature is the Garden of Eden, but that’s not the case. Nature is not benevolent, it’s brutish. Yes, there was a time when all childbirth was unmedicated and not in hospitals, every baby was breastfed, and no one got vaccinated. But the life expectancy at that time was 35. That’s nature. People don’t realize how much we owe to medical care.”

Her primary concern with home births is that they’re typically overseen by midwives or doulas, who don’t receive the same rigorous level of training that doctors do. This leaves them potentially unprepared to deal with complications, Dr. Tuteur argues—making things dangerous for mom and baby. “Throughout your pregnancy you may not be considered at-risk, but things can turn at-risk very quickly during labor,” she says. “Complications during birth can happen to anyone. The whole point of giving birth at a hospital is that anything can happen.” And if the unexpected does happen, she says, it’s important to have the needed doctors and medical equipment available right away.

“With ‘natural,’ home birth, many people are longing for a past that never existed…People don’t realize how much we owe to medical care.” —Amy Tuteur, MD

The amount and level of training midwives and doulas receive varies based on the kind of certification they earn. In the U.S., you’ll find both certified nurse midwives (CNMs) and certified professional midwives (CPMs). “Certified nurse midwives are the best educated and trained,” Dr. Tuteur says. According to the American College of Nurse-Midwives, CNMs are certified according to the requirements of the American Midwifery Certification Board (AMCB), which includes having a Master’s of Science in nursing and possessing an active registered nurse (RN) license, and are able to practice legally in all 50 states.

Meanwhile, CPMs, who are only required to have a high school education, often have more limited training, says Dr. Tuteur. Per the North American Registry of Midwives, a person can receive CPM certification after passing written tests, receiving letters of recommendation, and attending 50 births (which can include in hospitals, birthing centers, or homes), taking on increasing responsibility during the labor process over time. They also must attend 75 prenatal exams, 20 newborn exams, and 40 postpartum exams. CPM program requirements vary, though—Wendy Gordon, a CPM and the chair of the Midwifery Department at Bastyr University, says CPM candidates go through a three-year program in order to get a Master’s in midwifery at her university.

Distinct from a midwife (even though the terms are sometimes falsely used interchangeably) is a doula, a professional who provides physical and emotional support to an expectant mother throughout the pregnancy, during the birth, and even in the first few weeks postpartum. They don’t necessarily deliver the baby, but can help guide a person through the process, help them come up with a birth plan, and answer questions they have along the way.

Jessica Diggs, a doula and pregnancy educator at Loom, a sexual, reproductive, and parenting resource, is clear that she doesn’t push home birth on women; she offers the best resources and support based on whatever an expectant mother chooses for herself. And in fact, there are times when she would strongly advise against home birth, including for women with a history of twins, who have gestational diabetes, hypertension, preeclampsia, or live more than 20 minutes away from a hospital.

“A doula can help clients both find a provider they feel comfortable with and also help facilitate conversations,” says Diggs. They’re often present at home births but can support a mom during a hospital birth, too. She says that doulas can play an important role in helping women feel heard and expressing to their doctors (or midwives) how they want their delivery to go. Typically, becoming a certified doula requires seven to 12 hours of childbirth education, 16 hours of birth doula training, and attending at two to five births.

Why women opt for home births

Despite hospitals having more resources for handling complications than homes do, there are very real reasons why some women feel strongly about giving birth at home.

“One is to avoid medical interventions, routine procedures, and interferences that are common in hospitals,” says Gordon. Medical interventions during birth can be necessary and life-saving, especially in cases of placenta previa (which can cause dangerous bleeding), if the mother has an infection that can be passed vaginally to the newborn, or if she has a medical condition such as diabetes or high blood pressure that increases her risk of complications during delivery. However, there is evidence that some interventions are unnecessary. For example, C-sections now represent 21 percent of all births worldwide; this is cause for some concern because the surgery can increase a woman’s risk of life-threatening complications during childbirth. (The optimal rate of C-sections, per the World Health Organization, is 10 to 15 percent of births.) While C-sections can be life-saving during dangerous complications, a report in the medical journal The Lancet—and echoed by Gordon—found that doctors sometimes opt for medically unnecessary C-sections because they’re quicker and more expensive than giving birth vaginally.

Gordon also says many women opt for a home birth because it’s a more comfortable environment than a hospital room. “Most people recognize that birth itself is a process that we cannot control, but they want to feel that they have some control over decisions and interventions during the process, particularly in hospital settings where there can be procedures and protocols that the providers must follow,” she says.

“No one should feel the hospital should be avoided at all costs.” —Wendy Gordon, CPM

Past negative experiences with doctors and hospitals can also drive people to home births, says Diggs. This can be especially true for women of color, who often experience discrimination at the hands of medical professionals because of their race. One study from the University of Virginia found a racial bias in how medical providers assess black patients’ complaints of pain. Additionally, black women have shown increased cardiovascular reactivity in response to racist stimuli in laboratory settings, another indication of how negative interactions with health-care providers can negatively affect giving birth.

That discrimination can have dangerous consequences for expectant mothers. In 2019, the CDC reported that African American, Native American, and Alaska Native women were three times more likely to die from causes related to pregnancy than white women. Socio-economic status (including adequate access to transportation, stable housing, and hospitals), and disorders related to high-blood pressure and cardiovascular disease (both more common in women of color), are major factors that play into this stat, but white doctors not taking medical complaints from women of color seriously can also lead to conditions going undetected and untreated. Plus, some research has found that a mother’s exposure to racism during pregnancy is associated with low birth weights, and can cause psychological and physical stress.

All of these reasons can lead people away from the hospital, or to turn to someone like a doula to help them navigate the medical system with an advocate at their side.

But bigger than the issue of at-home births versus hospital births is the problem of maternal mortality in this country. The U.S. maternal morality rate overall has more than doubled between 1991 and 2014 (the latest statistics available). The fact that 700 women die in childbirth each year doesn’t exactly give a ringing endorsement for hospital births either, especially since they make up 99 percent of all births in this country.

Diggs and Gordon hope that doctors and midwives can come together and provide collaborative care to help fight the problem on all fronts, from patient safety to combatting racism and ensuring every patient feels heard. “We need to bridge a gap instead of putting up a wall,” Diggs says.

As long as bias and judgement prevails, it’s the patient who loses. “The good news is, there are summits and conferences working on better managing [doctor-midwife] relationships,” Gordon says. “No one should feel the hospital should be avoided at all costs.”

A doctor shares the surprises giving birth in the hospital brought her, despite being the one to deliver them on the reg. Plus, more information on what doulas do—which isn’t limited to help during pregnancy.