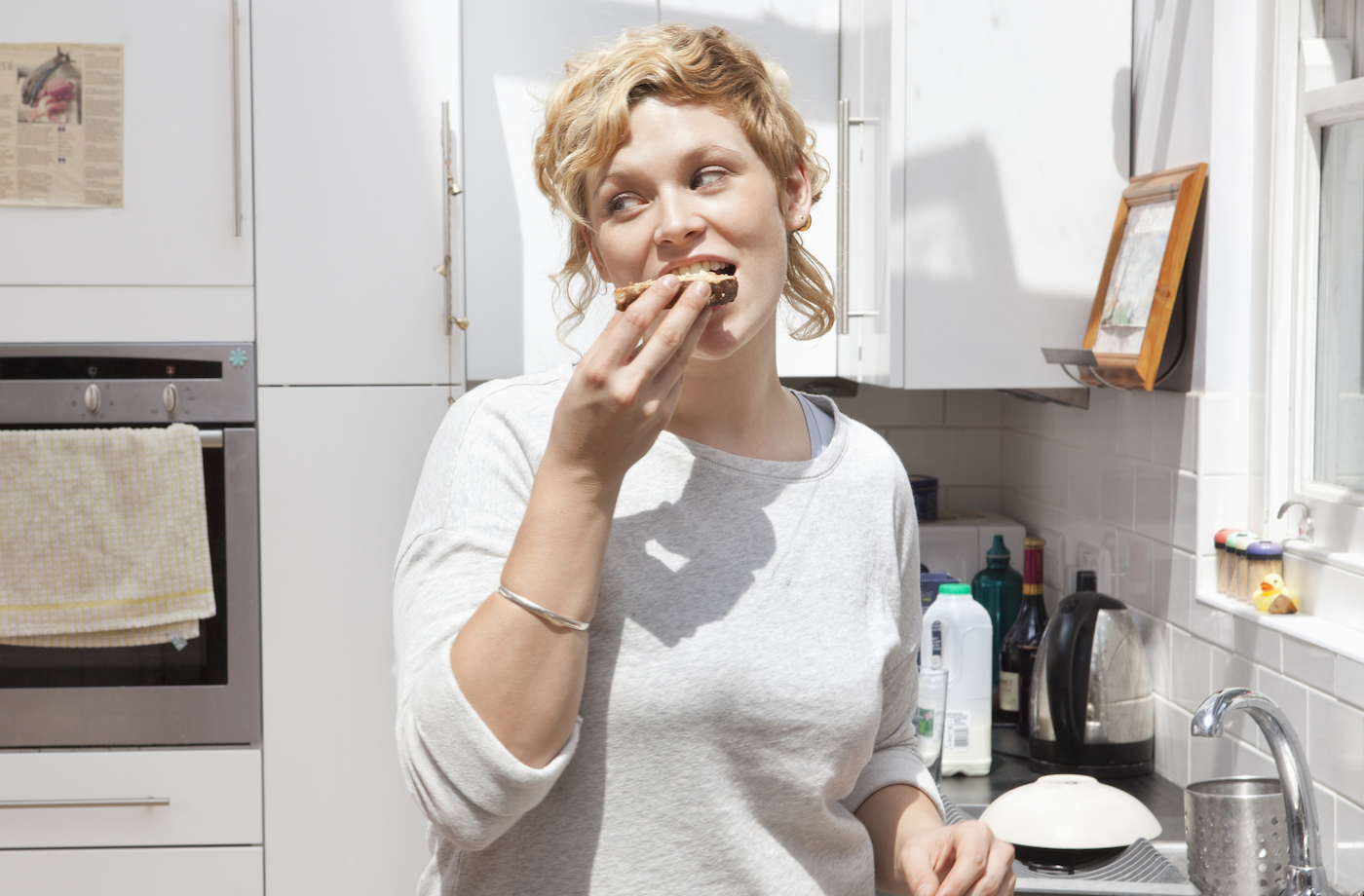 Anyone who’s hosted a dinner party or gone out to eat with friends has probably encountered at least once the struggles of accommodating everyone’s dietary needs. Maybe it’s ensuring that your vegan friend has enough options on a menu without resorting to plain lettuce, or overhauling your Love Is Blind finale party menu because your sister-in-law has celiac.

But while things like celiac disease or a soy allergy are fairly simple to grasp (this food = life-threatening for this person!), there are other conditions that are less so—particularly the extremely nebulous condition that is carbohydrate intolerance. It’s a term you likely have seen from Instagram influencers or floating around on Reddit, but what does it mean exactly? We asked experts to break it down.

The double meaning of ‘carbohydrate intolerance’

Carbohydrate intolerance occurs when someone’s body does not appropriately metabolize certain forms of carbohydrates (after digestion and absorption) when they’ve eaten more than their body can tolerate. The most common form of it is lactose intolerance, which is when a person doesn’t produce the enzyme needed to digest lactose (the sugar found in milk and other dairy products). This can lead to bloating and an upset stomach when those specific carbs are consumed.

FYI, this is very different from celiac disease. “Celiac is a genetic condition where, if present, the immune system activates in response to gluten, a protein found in wheat,” says Will Bulsiewicz, MD, a board-certified gastroenterologist and author of the forthcoming book Fiber Fueled.

However, other experts use the term to describe a slightly different phenomenon more related to blood sugar than digestion. “Carb intolerance is described as consuming carbohydrate rich foods—yes, even the healthy ones like whole grain bread, fruits and beans—at a level that is too high for your blood sugar to handle, usually over 100 grams of sugar,” says Maggie Michalczyk, RD. Being “intolerant” to carbohydrates can lower your personal “set point,” so that your blood sugars don’t fall back to normal within two hours of eating as they should. Instead, they stay consistently elevated, which could eventually trigger a chain of effects that lead to insulin resistance—which your body requires more insulin to effectively remove sugar from the bloodstream—and Type 2 diabetes. Temporary symptoms could include brain fog, fatigue after meals, and skin rashes.

“This type of carb intolerance we are referring to is about the impact on blood sugars versus an inability to digest a certain type of carbohydrate,” says Michalczyk.

Speaking of controversial carbs, here’s the lowdown on sugar and all of the alternatives out there:

Why not all experts are on-board with the term

The latter interpretation of carbohydrate intolerance is a controversial diagnosis in the health and wellness community. “Scientifically speaking, there is no direct cause-and-effect relationship between carbohydrates and insulin resistance and metabolic syndrome,” says Jones. “While there are correlations between high added sugar consumption and chronic illness, these reports show no other information about overall diet quality, activity level, and genetics among other factors,” she says.

In fact, many people who wind up with insulin resistance and metabolic syndrome have strong genetic ties, and actual development is likely more closely related to poorly balanced meals and low intake of fiber, vitamins, minerals, and antioxidants from whole plant foods (which are mainly made up of carbohydrates), Jones says.

“This is still under debate in the nutrition world and misunderstood in some cases,” agrees Michalczyk. “Some say [carbohydrate intolerance is] part genetics combined with lifestyle factors such as stress, lack of sleep and an overall sedentary lifestyle. This plus processed foods has altered our microbiome and may be causing this type of carb intolerance,” she says.

Insulin resistance and blood sugar levels are absolutely worthy of concern. “Insulin resistance, which is most often identified as pre-diabetes, develops more often in adults with genetic predisposition and is harder to manage with the standard American diet—high in overly processed foods, added sugars, alcohol and low in fruits and vegetables, whole grains, legumes, and omega-3s—and low activity levels,” says Jones. An estimated one in three Americans is insulin resistant; people with the condition have an increased risk of diabetes, stroke, heart attack, and other health issues.

But Jones worries that the discussion around being “intolerant” to carbs and explicitly conflating them with diabetes further demonizes the macronutrient, which is crucial to health. “By grouping all carbohydrates together, it confuses consumers into fearing nutrient dense whole foods that are strongly connected to reduced risk of, and better management of, chronic diseases,” she says.

Plus, treatment for insulin resistance rarely ever recommends a person to completely restrict carb intake; people are instead encouraged to eat regular and balanced meals to keep blood sugar levels even, Jones says. “This means meals should include a good source of protein, healthy fats, and fruits and vegetables that provide fiber. These three nutrients slow digestion and absorption, which also allows for a more stable rise in blood sugar when eating whole grains, starches like potatoes, and even sugar,” she explains.

All of that said, there can be situations where someone has trouble digesting carbohydrates. Many people with a damaged gut, also known as dysbiosis, will have these sorts of issues, says Dr. Bulsiewicz.

“The enzymes [to digest certain carbohydrates] can come from our intestinal wall—the brush border—or the microbes in our gut can help with digestion. This is an important part of this story because people who have a damaged gut may be more likely to have issues,” Dr. Bulsiewicz says. Basically, someone with poor amounts of gut bacteria or leaky gut might then struggle to digest certain carbohydrates.

A person can also be sensitive to individual carbohydrates. “An example would be lactose intolerance. People who have this condition aren’t allergic to dairy or to lactose, but if they overdo it then they will have symptoms—gas, bloating, digestive distress, [and] diarrhea,” he says. Others might have a hard time with refined sugar, or another person might have gas and bloating from the fructans in garlic or other FODMAP foods.

Typically, the recommended treatment for food intolerances like these is to not eat that food at all. However, Dr. Bulsiewicz says that the exclusion of carbohydrates and sugar will not make a person better at processing it. Think of your gut like a muscle, he says. When you exercise it, it gets stronger; when you don’t use it, it gets weaker. “So even though we’ve been taught that if you’re lactose intolerant this means that you’re stuck being dairy-free, the truth is that you can make yourself lactose tolerant if you slowly introduce lactose over time,” he says. (Under the supervision of a doctor or dietitian, of course.) It can also be a good idea to work with a doctor to implement a gut-healing protocol that’s right for you.

If you are concerned about your blood sugar response to carbohydrates, Michalczyk says a temporary lower-carb diet could be helpful to reset. “Going on a low-carb diet is a way to work on decreasing this blood sugar spike, with emphasis on less complex carbs and more non-starchy carbs, eliminating added sugars from your diet, adding more fat to your diet, and getting enough sleep and moment on a daily basis too,” she says. “This is definitely something to consult with a dietitian or doctor in some cases to figure out a what is the best course of action for you, though.”

Psst…these carbs are really good for gut health. And here’s the 411 on refined carbohydrates.