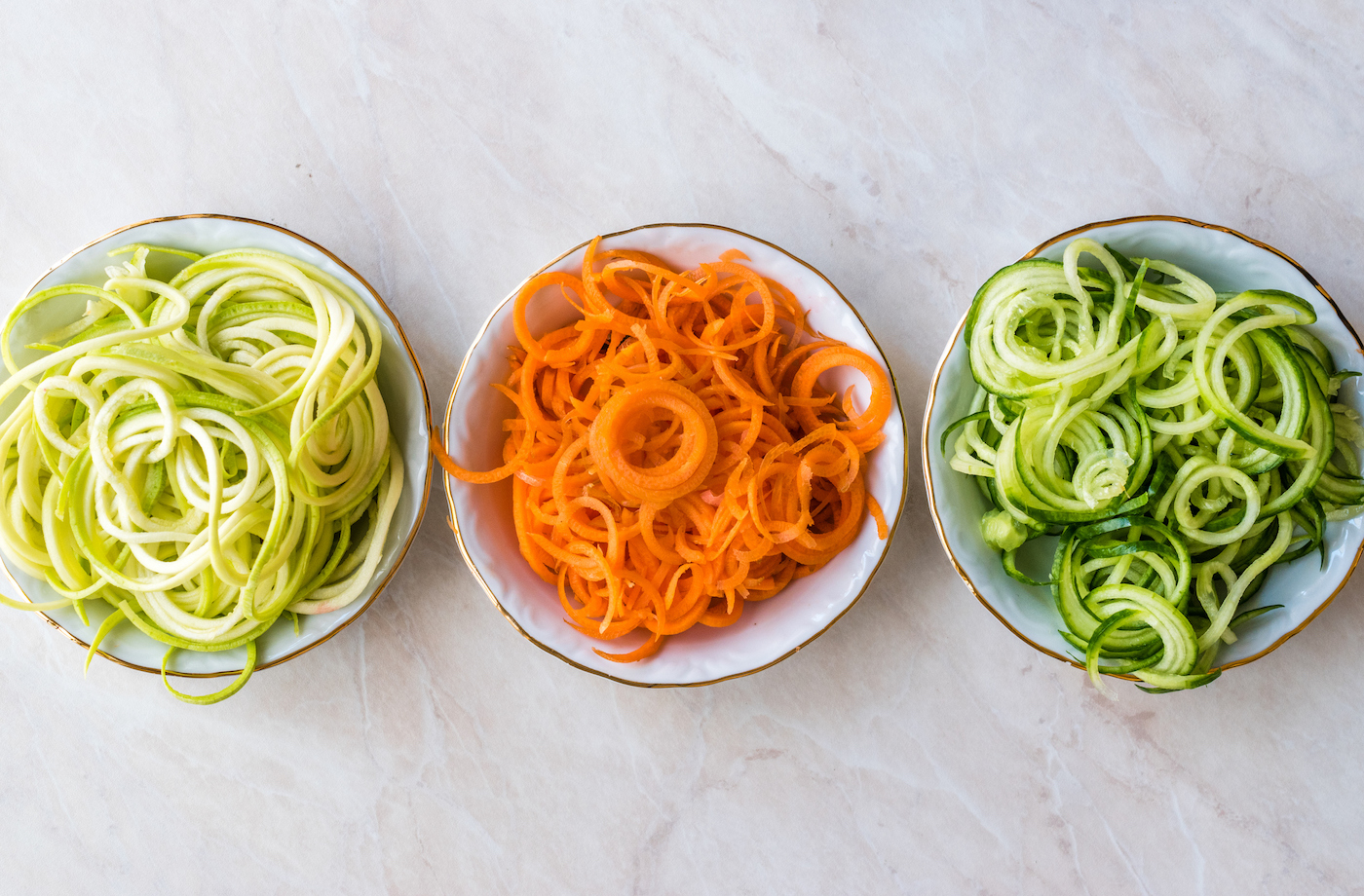 Like most health-minded people circa 2016, I used to be obsessed with zoodles. They were the thing that convinced me that I like zucchini. Much to my then-boyfriend’s chagrin, we began eating a lot (and I mean a lot) of zoodles. I put them everywhere—in salads, under pasta sauce, as pad thai noodles. I basically worshipped at their altar, and for a while I was able to ignore the fact that no matter what I did, they would always get soggy. (It is so like me to ignore red flags.)

But at a certain point, there’s only so much runny, watery pasta sauce that one can reasonably tolerate. Four years after my initial fling with zucchini noodles, I’ve been replacing them for spaghetti squash or chickpea pasta because I was just so sick of soggy dinners. But on the third episode of Cook With Us, Well+Good’s new cooking show, holistic nutritionist Kelly LeVeque convinced me to break out my spiralizer once again by putting zoodles in soup.

On the episode, LeVeque made a vegan Italian “meatball” soup with zoodles in place of noodles. While making a soup from scratch seems daunting and difficult, LeVeque’s take was relatively simple. She made her plant-based meatballs first, then whipped up a simple broth using vegetable stock, diced canned tomatoes, and sautéed onions, celery, and herbs. As the broth came to a boil, she added in her zoodles and cooked them until they were al dente. With normal pasta, this would take up to 10 minutes; with zoodles, this took barely two or three.

The result: a warming, hearty soup that came together in under 30 minutes, with “noodles” that enhanced the final quality of the dish rather than detracting from it. Because it’s a soup, you don’t have to worry about the zoodles making your meal runny. They also add a nice, slightly crunchy vegetable texture to the rest of the dish.  Plus, thanks to the zucchini, you’re getting an extra dose of fiber along with vitamin C, antioxidants, and disease-fighting phytonutrients. What’s not to love?

“I truly never would have thought to put zoodles in a soup,” Cook With Us host Jessie Van Amburg admitted at the end of the video. “I never knew zoodles could taste so good.” Well now, you know. Get the recipe by watching the video above.

Ready to jump back on the zucchini bandwagon? Try adding it to your smoothie (yes, seriously). Zucchini is also a budget-friendly way to double the number of servings in a recipe—here’s how to use it.

0 thoughts on “This is officially the best way to eat zoodles—and no, they won’t get soggy”