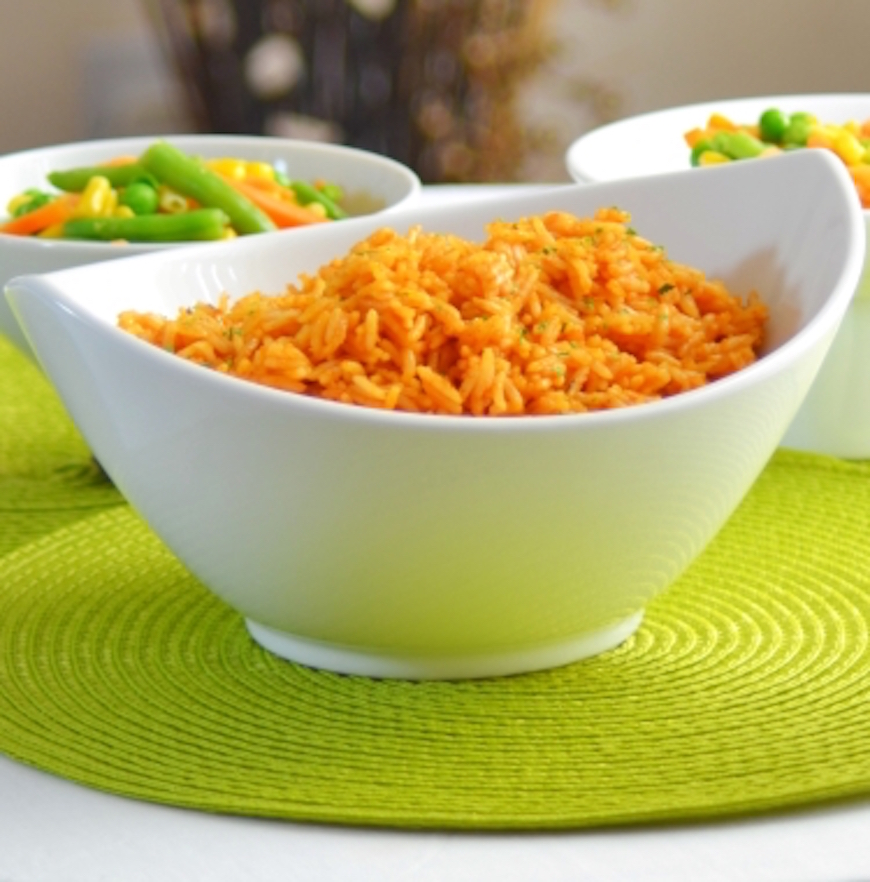 Given that the U.S. has long been a melting pot of cultures, other countries’ traditions have always been a big part of what’s considered to be “American” cuisine. If you’re an adventurous eater, you likely already have Indian, Thai, and sushi on a regular basis and are on an endless hunt to expand your palate. The latest place inspiring healthy eaters’ plates: West Africa.

On Pinterest, searches for West African recipes saw a 311 percent growth in 2019—pretty major. West African cuisine was also included in Whole Foods’ wellness trends for 2020. “We’re seeing more people gravitate toward the flavors of West Africa right now partly because of big, bold ingredients like chilies, ginger, and lemongrass that create a vibrant base for many healthful, plant-based dishes,” says Chris Manca, a local forager for the Northeast region at Whole Foods Market.

Of course, people in West Africa—a region in northwest Africa consisting of 16 countries, including Nigeria and Ghana—have been enjoying and perfecting their cuisine for far longer. But as these foods become more widely available in the U.S., you can expect to seem them become a bigger part of the American culinary conversation.

If you’re looking for healthy meal inspo, West African food is definitely worth your attention; the cuisine is primarily plant-based and vegetables are typically the star of the plate.

According to Nigerian food blogger Funke Koleosho, yams, plantains, cassava, peas, tomatoes, okra, lemongrass, and rice are all staples of West African meals. The cuisine gets extra flavor from a range of spices including garlic, ginger, nutmeg, stock powder, ground dried crayfish, and ground melon seeds. (Some of these ingredients can only be found in specialty food stores, not grocery stores.)

Afro Vitality Eats blogger Elise Forsung says dried pinto beans, rice, palm or peanut oil, peanuts, and cornmeal are also pantry staples that are used a lot. “With these items and a quick trip to the produce department, you can easily prepare favorites like stewed pinto beans and rice, peanut soup which can be enjoyed with rice or fufu corn—dough made with corn—and much more,” she says.

Both Koleosho and Forsung say it’s a misconception that West African food isn’t healthy because carbs and peanut oil is widely used in the dishes. “Like anything, it comes down to how you use them, not the ingredients themselves,” Koleosho says. Plus, the cuisine relies heavily on grains and legumes, which are full of fiber, and vegetables also play a central role at every meal, says Koleosho, while meat typically takes a backseat.

As far as beginner dishes, Forsung recommends starting with pepper soup, a light dish enjoyed in most West African countries. “Its simplicity, yet complex nature of the flavor profile makes for a wonderful start for someone new to cooking,” she says. “This one-pot dish can be catered to most dietary preference from vegans to meat lovers and everything in between. Broth base is a combination of fresh herbs, scotch bonnet pepper (or habanero), and spices.”

That means how much heat the dish has is totally up to you. “Sometimes I even switch it up by adding some plantains, potatoes, and other root vegetables to make it more substantial,” she says.

Koleosho says another good dish to start with is jollof rice, a one-pot dish made with rice, tomatoes and tomato paste, and onions. (With the option to add in beef or another protein.) She also says pounded yams (the West African version of mashed potatoes) is another good into dish, often served with stew or soup.

Whatever West African dishes you pursue, Forsung encourages healthy eaters not to limit themselves. “With e-commerce, you’d be amazed at how accessible the ingredients have become and most of the fresh herbs you’ll find at your local supermarket,” she says. She also advises eaters seek out local African markets to explore and discover new ingredients to use. “Wherever you live, chances are there is an African community and food is a great way to celebrate and learn about culture,” she says.

Now that you’re inspired, here are some West African dishes to try making at home.

Straight from Koleosho’s site, here’s a recipe for the jollof rice she says is a great West African dish to start with. Besides rice, the recipe calls for chicken or vegetable stock, red pepper, and an array of aromatic spices. It’s a heck of a lot more flavorful than plain white or brown rice.

This recipe, from Forsung’s site, is the perfect cold-day dinner—and it’s packed with protein. It makes good use of the pinto beans and incorporates lots of veggies and, of course, warming spices.

If you’re a fan of curries, you’ll be into this dish. Onion, garlic, chilis, and ginger are cooked before tomatoes, stock, and peanut butter are added. Then, collard greens are worked in, cooked until tender. It’s hearty enough to eat on its own, but you can pair it with rice, too.

While West African food is plant-forward, some dishes do incorporate chicken for protein, as this recipe shows. Here, it’s coated with a stew made from crushed tomatoes, sunflower seed butter, and warming spices.

Rice and beans are staple foods in many cultures. You can probably guess the twist on the West African take: spices and tomatoes. This is a good dish to make in a big batch and eat throughout the week.

Check out more of the food trends Whole Foods says will be taking over in 2020. And of course, Well+Good has our own predictions, too!